Taking a closer look at PokerStars in Pennsylvania.

PokerStars has partnered with land based casino Mount Airy Casino so that they can bring their online poker, casino and sports betting offerings to players in Pennsylvania.

What can be expected and what have PokerStars and Mount Airy said about the partnership? Here we take a look at everything we know so far.

PokerStars is the leading global online poker operator in the world, run by The Stars Group. They currently operate in New Jersey having partnered with the Resorts Casino. Beyond the United States, PokerStars is one of the main players in what is known as the dot-com market, which covers countries such as the United Kingdom, Canada and Brazil.

PokerStars offers a single wallet for players so that they can access their bankroll across all of their verticals and are known for product innovation such as creating new poker variants like Unfold Poker and Power Up.

Who is Mount Airy Casino?

Mount Airy Casino is located in Pennsylvania in the Pocono Mountains and has the prestigious AAA 4-Diamond rating.

Since 2015 Mount Airy Casino has worked with 888casino to promote an online casino experience for anyone based in New Jersey. In August 2018 it was announced that Mount Airy would also be working with PokerStars to provide online gaming solutions to customers.

For players who can make their way to Mount Pocono, the poker room at Mount Airy is called the Poker Parlor and is open 24 hours a day 7 days a week.

What Does the Partnership Between Mount Airy Casino and PokerStars Look Like?

This is what the executives at PokerStars and Mount Airy said about the partnership:

“We’re excited to take this next step as The Stars Group looks to broaden its presence in the United States,” said Matt Primeaux, SVP Strategy & Operations, USA at The Stars Group said at the time the partnership was announced. “In partnership with Mount Airy Casino Resort, we believe we’re well positioned to capitalize on opportunities in the Commonwealth by bringing our world leading offerings to Pennsylvania players.”

“As one of Pennsylvania’s leaders in entertainment, offering internet sports wagering and gaming and partnering with The Stars Group is the obvious next step for us to continue diversifying our casino offerings,” said Vincent Jordan, Vice President of Marketing & Gaming Operations, Mount Airy Casino Resort. “Introducing internet gaming through The Stars Group will provide compelling opportunities for our customers, particularly our younger customers, who are ready to experience the next gaming challenge.”

From the comments it can be assumed that PokerStars will be bringing its full suite of online casino, poker and sport betting products to market via the partnership with Mount Airy.

What Can We Expect from Mount Airy Casino and PokerStars?

In Pennsylvania partnerships between operators and land-based casinos can work in a variety of ways.

For instance, due to the licensing requirements in Pennsylvania, casinos will be allowed to offer sports betting via one operator only, whereas online casino and online poker can be offered via a multitude of operators.

A shared wallet across all PokerStars verticals can be expected.

Can We Learn Anything from Similar Partnerships in Other States?

Over in New Jersey, PokerStars partnered with Resorts Casino to bring online gaming to players in the state.

BetStars has gone live in the State, marking the first time PokerStars’ sportsbook has been available to players in the United States.

BetStars launched with features seen in the dot-com market, such as Spin & Bet, a popular take on the Spin & Go variant, so it wouldn’t be surprising if the launch model used in New Jersey will be seen at launch in Pennsylvania.

Generous deposit bonuses and promotions are also on offer via BetStars (available on Android and iOS) so again, a promotion to encourage players to sign up and start using the platform is to be expected.

Below is a peek at what the BetStars site looks like for New Jersey players. 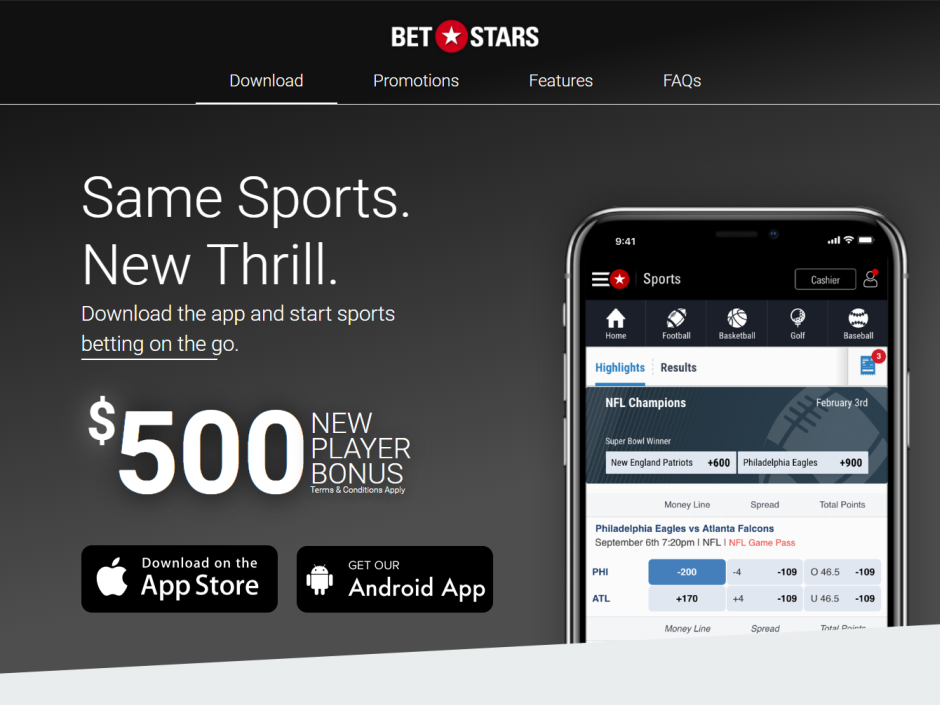 The partypoker US Network, which currently operates exclusively in New Jersey for now, has slated a new online series…

Earlier this month, the World Series of Poker (WSOP) announced the full-year schedule for the 2021 WSOP Circuit season.

The Cardex promotion from PokerStars returns for players in New Jersey and Pennsylvania this month.

Although we are already a few days into the New Year, BetMGM Pennsylvania is still in the giving spirit. The new round…

In a rare oversight for PokerStars that led to the overcharging of rake for its New Jersey and Pennsylvania players,...

BetMGM Pennsylvania is Giving Away 10 Years of Pittsburgh Steelers Season Tickets and a $25,000 Home Makeover

Christmas is just around the corner and BetMGM Pennsylvania is full of fabulous promotions.