Bryan Micon, site pro at the Bitcoin-only poker room Seals with Clubs and head honcho of the always-controversial DonkDown forums and podcast, argues why the digital currency is a game-changer for online poker. 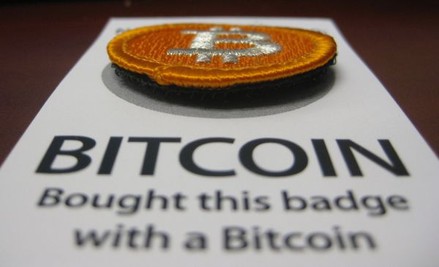 People barely understand me when I talk these days. “Bitcoin is one of the most amazing feats of human technical achievement I have witnessed in my lifetime.” I speak a language of SHA 256, BitInstant, public-private key cryptography, giga-hashes per second, and I’m considering building a substantial mining rig to support the network and always be able to keep a copy of the block-chain.

Yup, I’m speaking Bitcoin language again. My twitter is updated to “Drank the #bitcoin kool-aid” and I religiously preach it on every DonkDown radio show. Most times I leave the house I have my bitcoin logo pin attached near my physical wallet, a subtle poke at the duality of man, sir. To say that Bitcoin has consumed my life is an understatement.

Even though I’m primarily concerned with Bitcoin as it relates to online poker, this idea is way bigger than gambling. I’m not going to explain the technical workings of Bitcoin—that is a Google for your own time—and one that launched a personal quest for knowledge that continues to consume me daily in a blood-lust to learn more about it.

Bitcoin is one of the most amazing feats of human technical achievement I have witnessed in my lifetime. But alas, to understand SealsWithClubs and Bitcoin poker, you first must invent the Bitcoin. Ups to Sagan. There should be a 300 level course at MIT titled “What is Bitcoin,” so if this article sparks your interest in the digital currency, enjoy a winding trip down the rabbit hole as you independently research the many facets of this fascinating technology. I certainly did.

Bitcoin is a peer-to-peer network similar to BitTorrent.“Bitcoin is not a payment solution, it’s not the latest hack around the traditional banking system—it’s a new currency. It’s a game changer.” Unlike Bittorrent, Bitcoin needs a database of every transaction that has ever occurred in the history of Bitcoin in order to operate. The distributed database is updated by the now 1M+ Bitcoin nodes based on the most advanced public key private key cryptography ever created. Investigate this for yourself, but the Bitcoin network is extremely secure, Bitcoins can’t be faked and “the guys that made this can’t make more.” Bitcoin is nothing more than a peer-to-peer network that can securely transfer a number from user to user relatively anonymously.

For some reason, humans trade these screen-numbers at volumes of around $400,000 USD per day on the largest Bitcoin exchange, MtGox. The market is small, but Bitcoin behaves like a cute little digital currency. The SealsWithClubs Bitcoin FAQ has links to major exchanges, Bitcoin sourceforge project page, bitcoin.org, and many other resources and articles to better your understanding of this insanely complex technology.

Now that we have invented the Bitcoin, we can discuss how it’s being used for online gambling, specifically online poker. Currently the only active Bitcoin poker site is SealsWithClubs.eu. There have been others that have started, but none have achieved the level of activity that we now enjoy.

As a pure Bitcoin poker site, SealsWithClubs does no banking. Traditional online poker sites fought payment processing and regulatory issues for years. “You don’t have to trust a Bitcoin poker site as much—just withdraw your entire balance after every session to a trusted wallet, possibly your own computer hard drive.” Bitcoin is not a payment solution, it’s not the latest hack around the traditional banking system—it’s a new currency. It’s a game changer.

When I play on SealsWithClubs, I am not playing for USD, I am playing for Bitcoins. Another major advantage of Bitcoin for online poker is the extremely low fees for transactions. There are a handful of BTC to USD exchanges that can now enable micro-stakes players to win $80 and withdraw it to their checking account in about 2 days for less than $1 in fees. In just over 1 year of operating, SealsWithClubs has done over 15,000 Bitcoin transactions and paid the USD equivalent of less than $20 in total fees.

You don’t have to trust a Bitcoin poker site as much—just withdraw your entire balance after every session to a trusted wallet, possibly your own computer hard drive. A wallet.dat file is the actual, physical Bitcoins—that file contains the “private keys” of your coins and they are the secrets that unlock your ability to spend those coins, i.e. your proof that they are yours. I know I promised not to get too technical, but those private keys are actually mathematical solutions to their corresponding public keys and without that string of characters your coins are lost. Much of the Bitcoin thefts you can Google about involve the thief getting their hands on the wallet.dat file. Nevertheless, the savvy Bitcoin user has much control over their money and how securely they wish to store it.

Even though Bitcoin poker is my focus, the currency itself has many other applications. A lawless area like Somalia could transact business in the digital currency that is tradeable for many other traditional fiat currencies. Micro-lending across Africa as a whole seems to be a natural application for Bitcoin. Funding for organizations like Wikileaks that seem to piss off everyone in the name of truth have all always been attacked at the banking level.

During the Wikileaks banking blockade, when major financial institutions were forced to disallow their customers to donate to Wikileaks using their accounts, Wikileaks cleverly turned to Bitcoin to facilitate a trickle of anonymous donations.

Bitcoin takes away the bank, changing the game—not only for online poker—but for many other much more important areas as well.