Philip Newall examines a solution for a problem that currently impedes the growth and threatens the long-term health of online poker. 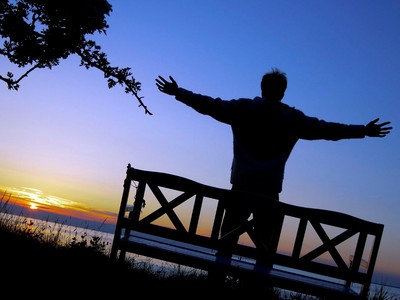 “Sit-out games” are one of the ways in which online poker is changing: For the worse. This term refers to a dynamic that will be unfortunately familiar to anyone who has railed or played some of the bigger online games. The high ratio of professionals to recreational players in the bigger games means that a typical 6-max table will consist of five professionals and just one “fish”.

The sit-out game starts as soon as the fish temporarily sits out or runs“This situation creates a hostile predatory environment for any recreational player looking to play some higher-stakes poker” out of money. Immediately the music stops as each of the other players refuses in turn to post their blind. The game completely grinds to a halt every time the fish sits out, as each professional sits out to prevent themselves from being the last one posting a blind in the event the game ends for good.

This situation creates a hostile predatory environment for any recreational player looking to play some higher-stakes poker, and surely leads to many quitting online poker, as it creates the polar opposite of a fun and friendly gambling environment. I argue that there is very little that professional players can do to prevent sit-out games from occurring, either by acting individually or as part of a group. On the other hand, I think that poker site owners, by tweaking the incentives that players have to remain sitting-in on a table, can prevent sit-out games and thereby create a much more enjoyable online poker experience for everyone.

Anyone who independently refuses to play a sit-out game quickly learns “In my opinion, the only way to prevent the game from starting is for sites to change the payoff structure for sitting-in or -out. If sitting-out is no longer dominant, then perhaps enough players can be persuaded to keep games going and keep the fish interested to come back.”that it is in his or her best interest to play along with the crowd. Trying to keep the game running is all pain and no gain. The player will be allowed to continue until the hand where their big blind is posted, the hand will play out, and then the game will immediately stop as others refuse to post the big blind. Since the game stops running anyway, it is better for the player to sit out immediately instead of paying the cost of the blind.

This means that sometimes a group of like-minded players will form and make an agreement to play each other for x number of hands after the fish has sat out. The trouble here is the agreements, if not entirely inclusive, lead to free-riding and unraveling. That is, if you know two players on your table will keep the game going, then you may as well free-ride on their goodwill by sitting out, thereby costlessly benefiting from their good work if the fish comes back. The free-riding incentive builds and builds, taking more players out of the agreement until nobody is left. The sit-out game returns.

The sit-out game is so endemic because from each professional’s perspective sitting-out is a dominant strategy: no matter what the other people do, sitting out can not do worse than sitting-in. Those who “If the reward is big enough then sitting-out will no longer be a dominant strategy, hopefully preventing the stop-start dynamic.”sit-out benefit if the fish returns, and do not have to pay the price of posting their blind if the fish leaves. In my opinion, the only way to prevent the game from starting is for sites to change the payoff structure for sitting-in or -out. If sitting-out is no longer dominant, then perhaps enough players can be persuaded to keep games going and keep the fish interested to come back.

Poker sites already reward frequent players with V.I.P. points or additional rakeback. PokerStars is the market leader in this game. The six-figure carrot of attaining Supernova Elite status is dangled in-front of professionals as an incentive to keep many of them grinding at the PokerStars tables all year round. This point can be debated, but these players are generally good for the games, as they generate a lot of liquidity, allowing recreational players to play their favorite game at any time of day. Poker sites can use similar techniques to directly reward those who choose not to play the sit-out game. If the reward is big enough then sitting-out will no longer be a dominant strategy, hopefully preventing the stop-start dynamic.

The reward scheme I suggest is called “Last Man Standing”. A part of the rake is collected over the course of the game and accumulates clearly on the screen. This amount is then given to the last player sitting-in whenever the game grinds to a halt. If the accumulated amount is greater than one big blind, then sitting-in is suddenly no longer a dominated “Professionals gain a new opportunity to play profitable games, sites generate more rake, and recreational players get to gamble it up.”strategy, as the reward more than compensates for the cost of posting the last big blind.

The reward scheme encourages play just like any V.I.P. system, bad beat jackpot, or rakeback deal, but it does so in a way that directly incentivises behavior that is good for the games. If the accumulated amount in the Last Man Standing pot is very large, then it could give two regular players just the incentive they need to battle each other and win the bonus. The best scenario for everyone could be that while these players are battling another recreational player decides to join. This would create a new game that wouldn’t have occurred otherwise, but is good for all parties involved. Professionals gain a new opportunity to play profitable games, sites generate more rake, and recreational players get to gamble it up. Recreational players might even greatly enjoy trying to win the bonus themselves, especially if doing so might get them unstuck for the day.

Sitting-out is only non-dominant if the accumulated amount is big enough. This creates a problem of how to seed the jackpot when the game is only just beginning. Perhaps the first big blind’s worth of rake could go to seeding the jackpot, then a fixed percentage of the rake from there after. But that means that sitting-out might be a rational thing to do very early on if you can find no weakness in your opponent over the first few hands. Alternatively, the players starting a game could be asked to jointly contribute one big blind between them to the fund as a kind of ante. That way sitting-out is non-dominant no matter how few hands have been dealt.

However, this creates an incentive not to start games. In some ways this “Further abuses need to be prevented too. The jackpot could lead to a class of “professional vultures”, who prey on games with large jackpots and few players remaining in a bid to steal the prize.”might not be too bad, as on most sites there is generally a huge oversupply of professionals waiting to start games compared to fish. If some of the professionals who are not willing to play long heads-up sessions against a range of opponents are incentivized away from starting tables, then this will push newcomers towards players who are more willing to get a table started. But this still provides professionals with an incentive to jump into a game as the third player, therefore avoiding the ante. Perhaps a better method would be to force all new players to a table to contribute half a big blind to the Last Man Standing jackpot. This discriminates against no particular player, and means that sitting-out is always non-dominant.

Further abuses need to be prevented too. The jackpot could lead to a class of “professional vultures”, who prey on games with large jackpots and few players remaining in a bid to steal the prize. This could be prevented by making only players who’ve played a given percentage of dealt hands at a table eligible for the jackpot. That way if a game has been going all day, then a vulture will have to put in a very long stint at the table before they can claim the prize. Players sometimes need to sit-out temporarily, either for a toilet break or to grab a quick refreshment. Perhaps players could be allowed a non-penalized five minute timeout for every hour they’ve been sitting at a table.

Another issue is that the jackpot has to be scaled appropriately for the stakes of the particular game, in a way that the current rake system does not. The current rake is proportionally huge at low/micro stakes and “a tax on players who are the worst for the games: those who sit-out and stop games from continuing.”almost irrelevant at the very high stakes. If the bonus was a fixed proportion of the rake at all limits, then this would not give much incentive to high stakes players, which are also the games where the problems are the biggest.

I think the best solution is to create a bonus system that is entirely separate from the current rake agreement. The amount going into the bonus would be proportional to the size of the big blind, so that the dollar amount of the bonus would be greatest at high stakes. Additionally, I think this new collection should be entirely free from a house take: all the money going into the jackpot gets paid out to players sitting-in. This means that the new jackpot is a zero-sum redistribution among players; it does no harm to the average player. What it does do is act as a tax on players who are the worst for the games: those who sit-out and stop games from continuing. It does the reverse for players who do the most to keep games running, acting as a subsidy for them. It’s a similar mechanism to how governments tax and subsidize activities that are respectively bad and good for the general public.

Only by getting the incentives right can poker sites prevent the behavior that is clearly hurting all of us in the long-run. If successful, Last Man Standing bonuses could be scaled up, in the way that poker sites sometimes provide extra bonuses to the biggest rakers in a given time period. This would only provide further incentive for professionals to act in a way that is most beneficial for the games, and by extension, all of us.

Philip Newall is the author of *The Intelligent Poker Player* and a professional specializing in heads-up and short-handed limit hold 'em. You can contact him via his blog or on twitter @pnewall.
Article published on January 24, 2012.
pokerfu.se/34vc

March is looking like a huge month for the WSOP online poker. The operator has scheduled a big Circuit event starting…

After a huge first week for the inaugural Michigan Championship of Online Poker (MICOOP), PokerStars MI decided to…

PokerStars Returns to US TV with Nine-Episode PSPC Coverage

PokerStars has made its return to US television with coverage of the biggest live $25,000 poker tournament in history.