Will We See Harmonization of Online Gaming Regulation in the EU?

This week saw MEPs show support for a proposal to increase the co-operation of online gaming regulation between member states. But, as _Rob “Hippy80” King_ argues, there’s still a long way to go. 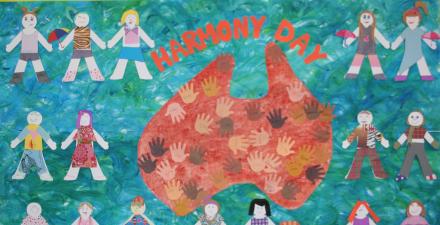 On Tuesday, November 15, the European Parliament gave overwhelming approval of a recent Green Paper suggesting that EU wide regulations should be considered for internet gambling.

“It seems that this vote is nothing more than an attempt to illustrate a concern by the MEPs that they would like movement in this area.”

Thing is, does this show of support actually mean anything?

Well, to understand this, we need to have a quick look at how the EU legislative process works. Firstly, it is not the Members of the European Parliament (MEP) who get to decide if a green paper (or “report” as it is also known) moves to becoming a white paper then onwards towards EU law: it is up to the European Commission – a bunch of politically appointed bureaucrats – to decide that this is a worthy cause, and to write the next stage. They also decide if it becomes a regulation (mandatory requirement for all EU countries) or just a directive (opt-outs possible).

This green paper carries about the same weight as a report on the recent issues surrounding the declining bee populations: a laudable cause, but it is not exactly going to set the world on fire.

So it seems that this vote is nothing more than an attempt to illustrate a concern by the MEPs that they would like movement in this area. EU regulation, and the depth and breadth of any future EU regulation on online gambling, “I am unsure as to the route this issue is going to take, but I hope that the powers that be do not screw this up.” is currently in the hands of a few non elected officials who, appointed for a 5 year term, and are not usually the cream of a country’s political elite.

The French Commissioner who spoke during the short debate on Monday was Michel Barnier, the current EU Commissioner for The Internal Market and Services. He, through the translation I have, made some interesting statements.

In those statements he seemed committed to progressing with the legislative procedure. Reading between the lines of what he said, I think he believes that he will encounter resistance from some of the other Commissioners, who have yet to be convinced that EU wide regulation is the correct path.

Monsieur Barnier did lay out a few action points that he was looking to take. Firstly, he was aiming to convene a meeting between the current national regulators in order to build a working relationship between them. Currently there is a significant lack of trust between these organizations, and this is impeding progress in this field.

Secondly, he was aiming to table a further proposal on this subject, the next step in the legislative process, some time in mid 2012. “It seems that some inside the EU machine have seen that the current patchwork of regulation has significant issues, and are working in order to offer a solution to the problem.” This will require some support in the EU Commission, and as I have already mentioned, I am not sure the political will is there to make this happen.

He also mentioned that the Commission would be looking to enforce its role as the Protector of the Treaties more vigorously, given that many complaints have been made regarding current regulation being in breach of EU regulations and directives.

It seems that some inside the EU machine have seen that the current patchwork of internet gambling regulation has significant issues, and are working in order to offer a solution to the problem. They are most likely to encounter resistance to this, from others in the Commission, and from some of the Member States themselves.

This resistance raises its own problems. If compromise is the only way to deliver EU-wide harmonization of online gaming regulation while ensuring a universal standard of protection for players, the result may actually end up being worse than the current environment.

By this I mean, either an environment where players will be unable to gamble at a reasonable cost while under decent consumer protection, or the sites themselves will be unable to make a sustainable profit while offering pan European or Worldwide gaming.

I am unsure as to the route this issue is going to take, but I hope that the powers that be do not screw this up. The EU accounts for about 40% of all online gambling in the world. Both over- and under-regulation could seriously impact this growing market at a time where growth in business is most needed.

Rob “Hippy80” King is a recreational poker player and businessman with a history of working in Financial Services. He turned his thoughts to writing about online poker after Black Friday, and has spent much of his recent free time delving into Full Tilt Poker and its legal issues. You Can Follow him on Twitter @Hippy1980
Article published on November 17, 2011.
pokerfu.se/bn9h

New Players: There’s Still Time to Get a Free $55 Ticket to the PokerStars Big 20 Finale This Sunday

The BetMGM Poker End Boss Poker Series ended on Sunday, November 28, in all three states with the Main Events and…

Breaking: First WSOP 2022 Main Event Seat to be Given Away During New WSOP PA Tournament Series

It has been only a few days since the World Series of Poker 2021 wrapped up, yet officials have already started the…