WPT Sets Examples for Gender Equity from Inside Its Own House

VP of Global Tour Management Angelica Hael opens up about the women of the WPT and how that diversity, combined with industry cooperation, will welcome more women to the poker tables.

“Women belong in all places where decisions are being made… It shouldn’t be that women are the exception.” – Ruth Bader Ginsburg

For more than a dozen years, a handful of people have looked at the ever-growing game of poker and wondered why so few women are represented at the tables. A few have given it more than a passing thought. A few have gone so far as to speculate and opine, look honestly at the game’s dynamics, ask questions, and encourage change. Some have even taken it to the point of presenting new opportunities for women to learn the game and play more of it. 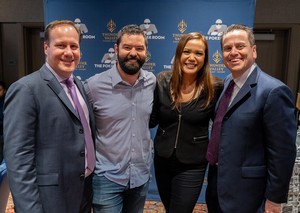 Yet and still, there has been very little change in the overall percentage of women in poker tournament fields or at cash game seats in poker rooms.

One major problem seems to stand out from the rest through the years, though, one hefty barrier to finding solutions. Men run poker.

Men have run the major poker tournaments, managed the poker rooms, owned and managed the poker media outlets, and organized poker-related parties and functions. For most of the years that people have been pondering the question of why there aren’t more women in poker, men have been in charge of answering that question and doing something about it. And that is a faulty arrangement from the outset.

In the past several years, women have been more vocal about the problems that they face in poker, and men have been increasingly more amenable to hearing them.

To take that to the next level, however, a woman needs to be in a position to research, ask questions, and instigate sincere, core-level change.

An Exception Becomes an Opportunity 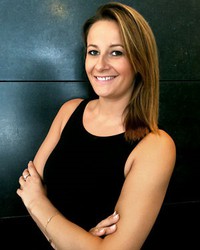 Many of the faces of the World Poker Tour are known to those who frequent WPT events. WPT DeepStacks Director Ging Masinda is at nearly every event on that tour. Vice President of WPT Europe Hermance Blum attends the European stops. Event Manager Cathy Zhao is key in running WPT events. And Angelica Hael is the VP of Global Tour Management, traveling to as many WPT stops as her schedule permits.

But Hael recently revealed that well over half of the entire WPT Enterprises executive management team is comprised of women. That includes VP of Finance and HR Deb Frazzetta, the longest-serving employee at the company dating back to 2003, and General Counsel Allison Hushek, who has been with the company since 2004.

The production side of the action is also headed up by Mandy Glogow, WPT Supervising Producer who has been with the company nearly 15 years.

Hael notes that the WPT staff prides itself on its overall diversity. “The WPT family is quite diverse, not just in gender but also including all walks of life, with a plethora of different backgrounds, skill sets, and global experiences that they bring to the table,” she says. “I believe that’s one of our strongest characteristics as an organization.” 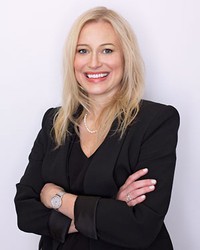 Most poker players and fans aren’t aware of the makeup of its members, and Hael, for one, has been at the WPT long enough that she takes the diverse composition for granted. “Since I’ve joined, there has always been an equal representation, so over the years, I’ve forgotten that our company is the exception and not the norm.”

That exception is not only unique in the poker industry, it presents a remarkable opportunity for women to lead the charge in bringing other women to the game.

An Opportunity that Requires Time

In 2018, Hael’s role with the company took her to the WPT Tournament of Champions at HyperX Esports Arena Las Vegas. There, she chatted with Valerie Cross, a PokerNews reporter who asked what she – Angelica Hael – was doing to include more women in WPT tournaments. The question hit her hard, and she took time to think about it.

It was more than a passing thought. Hael was a woman in a powerful position, overseeing the global tour of one of the most prominent and well-known poker brands in the world. And she worked for a company in which gender equity in its offices was a given. There had to be something she could do.

She quickly went to work to coordinate the WPT Women’s Poker Summit, set up for late August at the Bicycle Casino in Los Angeles at the time of the WPT500. Men and women in the poker industry were invited, but the vast majority of the summit attendees were women – players, tournament directors, poker room managers, and members of the poker media. Correspondence with attendees prior to the summit was collected to streamline the discussions, and the hours of summit participation produced a plethora of ideas upon which the World Poker Tour could build. 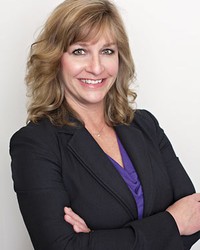 In the seven months since the inaugural summit, Hael has been working on a number of fronts to narrow that event’s feedback into a list of workable items with the greatest long-term potential.

What about results? Everyone wants results now!

Hael responds to that concern.

“Like so many great achievements in life, they are achieved over a period of time. In regard to the number of women playing poker live, we have seen a slow uptake. It’s important not to feel frustrated at the slow progress, and we have to be both diligent and vigilant over a sustainable period of time to see the results. We are optimistic that, in time, the live numbers will mirror their online counterparts wherein approximately 25 percent of our TV viewers and Club WPT subscribers are female. There is no reason this can’t happen. And from a macro point of view, I do feel that there is a quiet resurgence in poker. We’ve seen this in year-over-year increases in entries to global WPT events, with many international markets posting record numbers.”

To make change happen, there must be solid, concerted efforts on the part of a company like the World Poker Tour. And those started happening within months of the WPT Women’s Poker Summit. 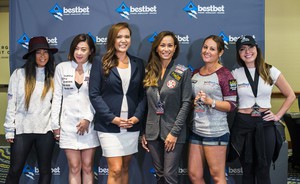 One way to bring more women into the game is to teach poker from the ground up, offering tutorials at several levels. Some women have an interest in the game and watch it on television but have yet to take a seat at a live table. Others have played with friends or in small cash games, but they don’t feel comfortable buying in to a WPT event. The goal is to get them there.

Hael notes that the efforts began in January 2019 with a charity event at the WPT Gardens Poker Championship in Southern California to benefit Breast Cancer Angels. “Together with our amazing global casino partners, we have hosted various Brunch & Learn sessions and Learn to Play seminars, which are then followed by tournaments so that participants can put into practice what they learned.”

In late January, the World Poker Tour partnered with Borgata during the Borgata Winter Poker Open series to host a Brunch & Learn, which welcomed dozens of women and freerolled some of them into the Borgata Ladies tournament that same day.

Weeks later, LearnWPT teamed up with the Women’s Poker Association to host a Women’s Warm-Up event at Commerce Casino in Los Angeles, complete with food and drink, a poker seminar, and a freeroll to award seats to L.A. Poker Classic series events and memberships to LearnWPT.

There will be more of both of these types of events, as well as more ladies-only tournaments during series that host WPT events. The Seminole Hard Rock Hotel & Casino and Learn WPT will host a Ladies Poker Brunch on April 6, the WPT Choctaw is hosting a Ladies Event on May 5, and Golden Gates Casino will join with Poker League of Nations near the WPTDeepStacks Black Hawk event in May to offer a Learn & Play and a ladies-only tournament.

There will also be a Ladies Event at ARIA near the time of the Zynga Poker WPT500 Las Vegas in June, with details to be released soon.

Further, “We’re a firm believer of organic integration, so there’s been a real concerted effort to highlight the women who play in our global events via our digital content, interviews, and social media channels,” Hael adds.

Hael also looks to the overall growth of the company to provide more opportunities in this and other areas, more chances to reach a greater breadth of viewers and show the game’s true nature as a game for all.

“On the domestic front, we’re really excited about our televised events playing out at HyperX Esports Arena Las Vegas. Internationally, we recently announced a strategic alliance with TV Azteca and Grupo Salinas, which would really be transformative or our business and will have a positive effect on our community.” Hael then concludes, “The merger and acquisition of our parent company with the Black Ridge Acquisition Corp guarantees that the best is yet to come for the World Poker Tour.”

Ever since its recent launch, WPT Global has been running lucrative promotions in an effort to bring in as many new…

WPT Global Will Soon Launch a Loyalty Program: What Can We Expect?

WPT Global is a newcomer in the online poker industry. Launched in cooperation with one of the biggest live poker…

It took two years to pull off, but the first World Series of Poker Circuit (WSOP-C) event ever held at Deerfoot Inn &...

The WPT DeepStacks London Online Series is back, following its last successful run-out in April, available on 888poker.

In what unofficially ties in with the WSOP 2021 Main Event in November, the partypoker US Network has revealed the…

Live poker has been on a widespread hiatus since Spring 2020—with a few rare exceptions.