At a hearing by the US Subcommittee of Commerce, Manufacturing, and Trade, testimony was given Tuesday both for and against proposed regulation of online gaming. 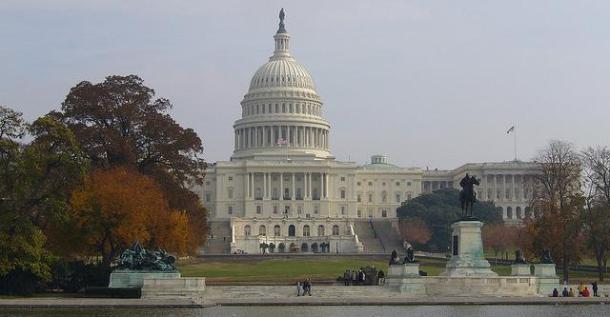 Of the six, five showed broad support for the regulation of online gaming, including advocacy from an Executive Director from the National Council of Problem Gambling. The lone detractor, Chairman of the National Indian Gambling Association, feared it would come at the cost of tribal governments who would not adequately profit from legalized online gaming.

D’Amato of the PPA tailored his testimony to play to the concerns of the Subcommittee and opponents of the regulation of online poker. He focused on consumer protections emphasizing that by not regulating the industry, Congress is, in effect, leaving millions of Americans exposed to the unscrupulous activities of offshore companies and providing no safeguards for those with addictive gambling problems:

Congress has a choice. They can preserve the status quo, where Americans play on foreign sites with consumer protections outsourced to foreign regulators, while creating jobs and tax revenue for foreign countries. Or they can replace it with a licensed regime for Internet poker with strict consumer protections, clear laws and effective enforcement against illegal Internet gambling.

He also called for clarification of existing laws which the US Department of Justice (DOJ) has used to advance the war on online poker, effecting the freedom if millions of US citizens to engage in their favorite American pastime.

Concluding with the economical benefits of regulating online poker, D’Amato drove home the need for Congress to act by framing the status quo:

What players cannot do, however, is play on a site that is located in the U.S.; that employs U.S. citizens; that pays U.S. taxes or is regulated by any level of government in the U.S. We believe it is time — indeed, it is well past time — to replace an offshore industry subject to uneven levels of foreign regulation with an on-shore industry that is subject to strict and consistent federal, state and tribal regulation.

Parry Aftab – “Cyber-Safety” Expert and Advisory Board Member of FairPlayUSA

Continuing to advance the two-pronged strategy of FairPlayUSA by advocating regulation in the US while strengthening the current laws to prohibit illegal offshore gaming, Aftab proposed the latter by “changing the law to provide greater clarity and enhanced law enforcement authority.”

Aftab assured members of the Subcommittee that the technology is available to provide greater consumer protection in the online gaming arena than what currently exists in brick and mortar casinos.

She argued that by not regulating online gaming the US “finds itself in the unfortunate position of incurring all the social costs of online gambling while having no control over the gaming sites that serve U.S. residents.”

Though groups concerned about the impact of problem gambling traditionally have been a source of opposition, Whyte acknowledged, “problem gambling, like other diseases of addiction, will likely never be eliminated, but we can and must make better efforts to mitigate the damage.”

He went on to emphasized the need for “robust prevention, education, treatment and research services,” all of which would be funded by “not less than $50 million annually” that would be provided from proceeds of online gaming revenue.

Eggert provided a different perspective on the consumer protection theme addressed by the rest of the panel. Where others underscored the need to protect the under-aged and “problem” gamblers, Eggert highlighted concern for the recreational gamblers which “derive entertainment, social activity, and mental stimulation from gambling.”

He identified the two main concerns for recreational gamblers as being the “dominating professional players” and the use of “poker bots” driven by artificial intelligence:

Internet poker, the game is the sharks versus the fish. The sharks are professional gamblers with the skill and tools, some ethical and some not, to catch the bankroll of the fish, amateur players without the skills to defend themselves from professionals.

Eggert’s overly-simplistic approach highlighted the pitfalls of allowing the use of information through data-mining by professionals without exploring the opposite end of the argument. Though data-mining is a highly controversial topic, there is no doubt that its existence has been used to uncover cheating scandals that poker sites and their regulators have been unable to detect or unwilling to disclose.

According to Eggert, poker bots pose more of a threat to the recreational gambler than data-mining. Recent advancements in artificial intelligence have made detection and eradication of poker bots “increasingly difficult” and they pose a significant threat to the economy of an online poker system:

Unless regulated, Internet poker may become a shark tank of computer
programs, hazardous water for recreational gamblers, who may find their bankrolls regularly taken by computer programs designed [to] outplay them.

Though Eggert’s solution relies on regulation of the industry, it also calls for a rating system to be published that would designate “the relative strength or weakness” of potential opponents. “In that way, recreational gamblers could avoid, if they want, playing against a much stronger player.”

Daniel Romer – Associate Director of The Annenberg Public Policy Center at the University of Pennsylvania (Penn) and the Director of its Adolescent Communication Institute (ACI).

Romer advocated the regulation of online gaming as an opportunity to implement more stringent controls for protecting consumers than are currently available in the unregulated environment. He suggests measures to alert players to the amount of money they have lost and how much time they have spent on a the gaming site.

He believes that “by controlling online gambling the federal government could minimize the harm that this activity can inflict on the young and their families and could also make the use of these sites safer for them.”

With what may seem an obvious vested interest in the passage of legislation to regulate online gaming, Fahrenkopf of the AGA – through written testimony – hammered home the financial benefits of regulation as well as addressing the technological capabilities of the industry to better protect consumers.

Addressing the title of the hearing, “Is There a Safe Bet?”, Fahrenkopf replied, “the risky bet would be to leave unchanged current law that leaves consumers, minors and those with gambling problems vulnerable to unregulated offshore companies.”

Dangling the carrots of “10,000 high-tech jobs” and “$2 billion in tax revenue, primarily at the state level, every year” in front of the Subcommittee, Fahrenkopf highlighted the positive side of regulation.

Not ignoring the concerns detractors have expressed, he also pointed out the ability to use cutting-edge technologies such as biometrics to conduct advanced identity verification as well to help thwart cheaters and money launderers. In the event that skeptics would challenge the effectiveness of those technologies, those that may question the effectiveness of technology Fahrenkopf offered the following:

Eighty-five countries have legalized Internet gambling, and the technology and processes described above are being used in many of them, including Western Europe and Canada, where years of experience are proof positive that the risks formerly thought to be a companion to online poker can be effectively managed.

Stevens took this opportunity to attempt to use the history of broken promises made to Indian tribes by the US Government as justification for opposing proposed legislation. He stated that it would drastically change the current gaming marketplace without providing adequate compensation to tribal governments.

His proposed compensation included, “[a]ll federally recognized Indian tribes must be eligible to both operate and regulate Internet gaming.” In addition, any federal internet gaming legislation must also allow tribal governments to have an early entrance into Internet gaming, with a limited period of exclusivity. And Consistent with long-held federal law and policy, tribal Internet gaming revenues must not be subject to tax.

As a result Stevens wrote, “We strongly oppose inclusion of Internet gaming legalization as part of the national plan to reduce the federal deficit.”