Interview with a Bot Killer

An inside look at the tactics used to punish cheaters for profit. 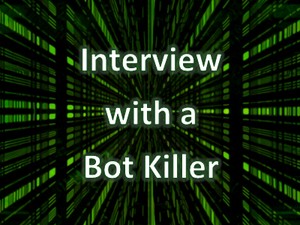 Earlier this month a bot ring was discovered operating on the Merge Network. The small-stakes heads up no-limit hold’em games were found to be infested with software programs posing as human players.

These bots were aimed at lower skill-level recreational players, and were programmed with a strategy good enough to profit from many of the unsuspecting players unfortunate enough to sit and play.

They got a bit more than they bargained for when they came up against Sam, who posts on the poker forums as “10khero.” Pokerfuse was granted an exclusive interview with the online poker player-turned-vigilante. Sam’s story may be controversial; not everyone agrees with what he did. Judge for yourself as we chronicle his experience.

"My first instincts were to tell Merge, but I figured it was only a matter of time before someone else reported them."

Seeing many of the same players waiting for action at the heads-up tables – no matter what time of the day or night he logged on – might have been enough for Sam to suspect something was awry. And, as he began playing them, he noticed that they all played very similar styles.

“Every session was the same,” Sam recalled. “I was re-raising them preflop almost every hand at one point. Pretty quickly I realized that they weren’t adjusting at all.” No matter how he varied his play, and from one session to the next, “they just didn’t adjust.”

He began to look for these players sitting and waiting for action at the heads-up tables. They were all from the UK, sitting in the left-hand seat with no avatar that never chatted and never played against each other. Not every account that fit this profile was a bot, but soon Sam had amassed a list of accounts that exhibited many of these same characteristics and – according to his tracking software – many of the same statistics.

If Sam was to be able to profit from these bots he had to learn more about how they played. He would intentionally put himself in positions to gather information on how the bots were coded, seeing many hands to showdown even if it meant intentionally making unprofitable plays. The information he learned would prove to be invaluable.

He discovered that he could profitably 3-bet a very wide range against them preflop and was eventually able to pinpoint their preflop folding, calling, and 4-betting ranges.

I was 3-betting preflop like 90% of the time as it helped to narrow their range and get an accurate read. As they never adjusted it also meant I won a lot of pots preflop when they just folded.

For example TT+ or AK they’d always 4-bet and get it in preflop, so when faced with a 4-bet from them (unless I felt like set mining) it was an easy fold, even hands like AQ, TT or JJ I could fold with confidence.

Sam became so proficient at exploiting these bots that he taught his girlfriend, who barely knew the rules of poker, how to win money from the bots. In fact, over the course of 2-3 weeks and around 30k hands, he was able to take approximately $13k from these bot accounts while playing stakes from $0.25/$0.50 up to $3/$6. 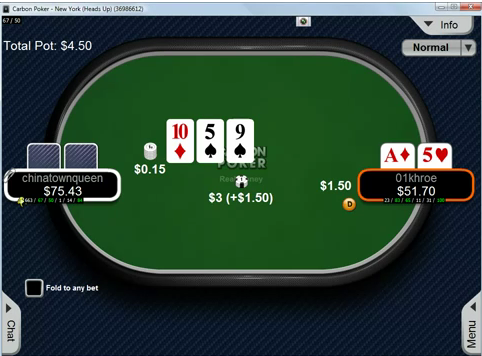 He would have likely been able to extract even more money from these accounts had it not been for his strict bankroll management that dictated he play the majority of the hands against these accounts at the lower stakes within his range.

The bots were advanced enough to determine they were not profitable enough to play some opponents after a sample size of approximately 2-3k hands. Because they stood to lose a lot of money against better players if left unmonitored by their operator, they were programmed with a “stop-loss” against certain opponents to prevent exploitation.

This was obviously a bit frustrating, but I found that if you simply waited 30 seconds and rejoined the table they were sitting at, they would play you again for five or six more hands. So, I simply did that again and again for thousands of hands at a time.

"I thought maybe it was worse punishment to try to exploit them and take as much money off them as possible. If you are making thousands a week, why report them?"

Before Sam was able to determine that he could simply rejoin the table after a short period of time, he thought his account was blacklisted by the bots. So, Sam devised another way to circumvent their programming designed to shield them from predators.

If the bots had indeed blacklisted Sam’s account, his exploitive tactics would need to be more deceptive if he was to continue his mission.

“I thought they were sitting out for good against me so I decided to create another account.”

With his original account registered with Carbon Poker he looked to another skin on the same network on which he could open a new account and still have access to the tables that bots were occupying. He sent an email to Lock Poker customer support disclosing his Carbon Poker account and asking if he was allowed to create an additional account with their site. He was granted the green light to create an additional account on Lock, and continued to exploit the bots.

Perhaps Sam did not know exactly how it would end, but he knew his good fortune would not last forever. With the continuous presence at the tables it was only a matter of time before someone else noticed what Sam had already discovered. Unfortunately for Sam, another player was able to identify a group of accounts as potential bots. Had this player taken the approach Sam had, he could have continued to exploit and profit from the bots. But instead, this player decided to alert the poker community and posted what he had found on the poker forums.

Within 90 minutes of the post that alerted the world of their existence, the bots – that had up to this point been operating around the clock – vanished. Merge was notified and would surely begin investigating.

The game was over.

The operators of the bots would have their balances at risk; after all, they were violating the Terms and Conditions of the network. But what about those that won money from the bots? Surely they would have nothing to worry about?

After he heard that the existence of bot ring had been publicly disclosed, Sam acknowledged that he grew concerned that the network may not release his funds. But Sam reasoned that if Merge withheld his funds they would logically have to withhold funds from everyone that had won money from the bot accounts. That had the potential to be a public relations nightmare. One Sam did not think Merge would want to risk. 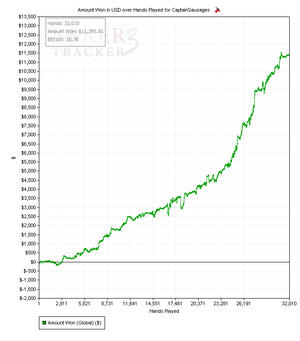 In the end, Sam’s ability to withdraw his funds was not impeded. “I’ve been able to withdraw all of the funds just fine. That was no problem.”

With the funds safely transferred to his newly bloated bankroll, Sam decided it was time to provide his assistance in the cleanup efforts. He posted his full list of bots in the forum along with a link to videos he created while playing the bots. Then he emailed support and offered his help should they need it.

How would the poker community react to Sam’s admission that he let the bot ring exploit recreational players for two weeks while he used them as his own personal ATM?

Before Sam began his analysis of the bots’ play in an attempt to exploit them, he was not sure what to do with what he had discovered. Sam said that he struggled trying to decide whether he should report them or exploit them. He recounts his thoughts on this dilemma:

My first instincts were to tell Merge, but I figured it was only a matter of time before someone else reported them. So, I thought maybe it was worse punishment to try to exploit them and take as much money off them as possible. If you are making thousands a week, why report them?

Reactions of the players were mixed. Some were upset at the person that outted the bots. They were likely other players that were disappointed that they could no longer exploit the cheaters. Perhaps some of these complaints were lodged by those operating the bots in an attempt shift public opinion about their activity and dissuade others from whistle-blowing in the future.

Others insisted that bots are highly detrimental to the game. They tried to illustrate how bad bots are for the long-term health of the game. As far as how Sam was treated, he was applauded by some, envied by others but nobody took a personal exception with him for his approach.

10khero writes a blog where besides providing additional details of how he crushed the bot ring, he also keeps his readers informed on his progress of trying to turn a $10,000 profit by starting with just a $40 bankroll.