Tax Day is here! Are you prepared? If not, check out our exclusive in-depth series on US tax laws for poker players by Tax Attorney Brad Polizzano. 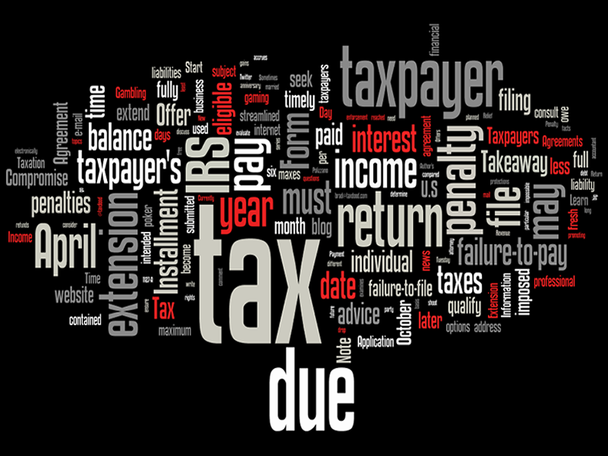 This year, Tax Day is Tuesday, April 17. Sometimes, a taxpayer may not have the individual income tax return prepared in time for the deadline, or or cannot fully pay a balance due with the return upon filing. This week we’ll cover some options to consider when in these situations.

Takeaway #1: A taxpayer may file Form 4868 no later than the individual income tax return’s original due date to obtain a six month extension to file the return.

For the 2011 tax year, Form 4868, Application for Automatic Extension of Time To File U.S. Individual Income Tax Return, must be filed no later than April 17, 2012. The form may be submitted electronically. If timely submitted, then a taxpayer has until October 15, 2012 to file the return.

Takeaway #2: Timely filing a tax return extension does not extend the due date to pay any individual income taxes due for the 2011 tax year.

If a taxpayer has a balance due for the 2011 tax year, filing an extension only extends the due date of the return; it does not extend the due date to pay any taxes due. If 2011 taxes are not fully paid by April 17, 2012, then interest and the failure-to-pay penalty may begin to accrue. Currently, interest is 3% on an annual basis.

If a taxpayer does not file the return in a timely manner, then the taxpayer may be subject to the failure-to-file penalty.

Note that the failure-to-pay penalty and failure to file penalty together cannot exceed 25%.

Takeaway #3: For the 2011 tax year, the IRS under its Fresh Start Penalty Relief Initiative provides to eligible taxpayers a six-month extension of time to fully pay 2011 taxes.

This extension is different from the Form 4868 extension, which is an extension to file the tax return. For those who qualify, interest will continue to run on the 2011 taxes as of April 17, 2012 until the tax is paid, but no failure-to-pay penalties will be imposed as long as tax, interest, and any other penalties are paid in full by October 15, 2012.

If eligible, the taxpayer must complete and mail Form 1127-A, Application for Extension of Time for Payment of Income Tax for 2011 Due to Undue Hardship, no later than April 17, 2012.

Takeaway #4: Taxpayers who seek to pay their balance over time or face significant financial hardship may qualify for an Installment Agreement or Offer in Compromise.

Under the Fresh Start provisions, eligible taxpayers may seek a streamlined Installment Agreement, which requires limited financial information. The maximum term for streamlined Installment Agreements has been raised to six years, and the maximum balance to qualify is $50,000. If the taxpayer’s debt exceeds $50,000, the taxpayer will need to submit to the IRS a Collection Information Statement (Form 433-A or Form 433-F).

Learn more about Installment Agreements on the IRS website.

An Offer in Compromise is an agreement between a taxpayer and the IRS that settles the taxpayer’s tax liabilities for less than the full amount owed. In general, an Offer will not be accepted if the IRS believes that the liability can be paid in full as a lump sum or through a payment agreement such as an Installment Agreement. To determine whether a taxpayer qualifies for an Offer, the IRS examines the taxpayer’s income and assets in order to evaluate the taxpayer’s ability to pay.

Learn more about Offers in Compromise on the IRS website.

Taxpayers who fail to address outstanding tax liabilities become subject to various collection enforcement actions, such as lien filings, levies, or offsetting refunds. Taxpayers are entitled to certain rights and protections throughout the collections process, and should consult a tax professional to explore all options.

I’d like to extend a very big thank you to Michael Gentile and the rest of the pokerfuse team for providing me the opportunity to contribute. The site’s one year anniversary is just a few days away, and in such short time has emerged as a go to website for online poker news.

This post concludes the planned portion of the Taxation of Gambling series. If you have any ideas for topics or have any questions, feel free to shoot me an e-mail or drop a comment. I’m sure there will be tax-related news to share in the future, most undoubtedly as the legalization and regulation of internet gaming gains more momentum in the US.

—-
Author’s note: I must remind all readers that it is impossible to offer comprehensive tax advice on the internet. Information I write on this blog is not legal advice, and is not intended to address anyone’s particular tax situation. Should you seek such advice, consult with a tax professional to discuss your facts and circumstances.

Tax
Brad Polizzano is a tax attorney and accountant in New York, concentrating his practice in poker and other gaming industry matters. He blogs about tax issues at taxdood.com, is @taxdood on Twitter, and can be reached by e-mail at brad@taxdood.com.
Article published on April 11, 2012.
pokerfu.se/b2fz

BetRivers Sports is Now Open for Business in New York

New York sports fans can finally enjoy betting on their favorite events, and BetRivers Sports NY is one of five online…

2022 got off to an incredibly strong start for WSOP PA as it hosted the first Online Circuit of the year. While the…

888poker is making a name for itself as a home for fantastic freeroll promotions, and has wasted no time in 2022…

One of the leading international online poker sites, GGPoker has partnered with GIPHY, a leader in the field of short…

2022 marks 888poker’s milestone 20th anniversary, and to kick off a year full of celebrations, 888 has unveiled…