IMEGA’s Joe Brennan Jr. provides a behind the scenes look at the politics affecting online poker legislation in the US.

Joe Brennan Jr., director of the Interactive Media Entertainment & Gaming Association (IMEGA), has led IMEGA’s betting and i-gaming legalization efforts in the US since 2006, including the successful 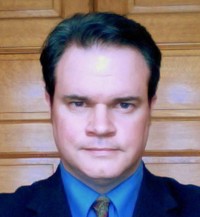 The clock is ticking down on 2012, a year that many people in the poker world had hoped would bring wide sweeping change to the US legislative landscape. Pokerfuse sat down with Joe Brennan Jr. to find out what he thinks we can expect in regards to regulated online poker.

Pokerfuse: Joe, There is a lot of talk of a Federal Bill being worked on by Senators Harry Reid and Jon Kyl. People think just because a Senator is a supporter of the Senate Majority Leader that they will vote with him on all issues. Can you share some insight with our readers on how politics play into the chances of online poker being a part of federal legislation passed by the US Senate?

Joe Brennan: People seem to think that the republican votes are the only thing stopping this bill from passing through the Senate. Setting Republicans aside, why would Senator Robert Menendez, a Democrat from New Jersey and a long-time political ally of Senator Reid, vote for this bill?

Now what good does Senator Menendez do for himself to fly in the face of what his constituents want to introduce competition to a brick-and-mortar casino industry that already provides so many benefits his home state?

A Congressman or Senator’s primary job is to advance the interests of their constituents. They like ribbon cuttings, they like base openings, they like federal spending, they like highway dollars, and things like that coming back to their state. That is so they can go back home and say “Hey, look what I brought home for you, vote for me again.” They all run locally.

So why would anybody in Ohio support legislation that may have a deleterious effect on their casino industry at a time when they can ill afford to have competition. This is something that people don’t take into account. People think just because a Senator is a supporter of the Senate Majority Leader that they will vote with him on all issues. The nearly nine million people back in New Jersey who vote for Robert Menendez seem to be indicating they want to go in another direction.

PF: What is your perspective on a federal online poker bill making it through the House?

JB: There are two chambers to our legislature. Any Federal bill must pass through both the Senate and the House of Representatives. John Boehner, a republican from Ohio, is the Speaker of the House and controls the agenda. So why does he even bring an internet poker bill to a floor vote?

Boehner comes from Ohio, a state that legalized casino gambling two years ago via a state wide referendum. Right now they are in the beginning stages of operation. They have built or are building casinos in Columbus, Cleveland, Cincinnati and Toledo. This is an industry that is just getting started. Why on earth would John Boehner bring to a vote a bill for an activity that would compete with this nascent casino industry in his home state?

Building casinos is a de facto government job creation program. Think about how many people those casinos are going to employ versus how many jobs an operator in Ohio would create around the online gambling industry. Probably not many.

Now some conspiracy theorists might say, “Well Caesars sold x% of their online operation to Rock Gaming. And, Rock Gaming is owned by Dan Gilbert (who also owns the Cleveland Cavaliers) and he is opening up a couple of those casinos.” But Dan Gilbert is a businessman and while he may eventually want to get into the online gaming world, right now he needs to see an immediate return on his investment in those casinos.

You are going to be really hard pressed to get a legislator to vote for something that his home state lottery is significantly against, particularly when he is not going to have any ribbon cuttings and he is not going to bring home a big check So why would anybody in Ohio support legislation that may have a deleterious effect on their casino industry at a time when they can ill afford to have competition. This is something that people don’t take into account.

PF: In the long-term, do you see internet gaming going the way of interstate lotteries?

JB: Yes, I think that is the most likely path. Gaming is on a state by state basis and so are the lotteries. The states had their own individual lotteries then they banded together into interstate compacts sharing costs, pooling liquidity, increasing profile and thus increasing sales. There is no reason to expect that it would be any different in this regard.

Lotteries provide a lot of money in their home state and lotteries for the most part feel threatened by internet gambling. You are going to be really hard pressed to get a legislator to vote for something that his home state lottery is significantly against, particularly when he is not going to have any ribbon cuttings and he is not going to bring home a big check to the state to speak of in exchange for his vote.