How Poker Became the Casino Favorite It Is Today

Poker is one of the most popular games played in casinos today. There are huge international events like the European Poker Tour and the World Series of Poker that attract tens of thousands of entrants, and many more people who follow along or play at home.

In the first half of the 20th century, things were very different. Poker was seldom found in casinos, particularly those in Las Vegas. Instead, variations of blackjack were the most popular card games of choice, which is a variation of foundational games like twenty-one and pontoon.

So how did it become the hit that it is today? There are several factors.

Introduction of Poker to the United States

Poker is a game that has several possible origins, all of them located in Europe, and some with very similar names. These are: poque from France, poca from Ireland, brag from the UK, primero from either Spain or Italy, and brelan from France.

While poque and poca have names that are more closely related, brag’s rules resemble poker the most. They game has antes and lasts until only two players are left, and has a heavy focus on bluffing, a strategy widely used in games of poker.

One of these European games was exported to the United States in the first half of the 19th century. From here, it spread throughout the southern United States, leading to the development of new game variations, including stud poker, new hands, community cards and lowball.

Around the turn of the 20th century, the game of Texas hold’em, the most popular variant of poker today, was first played.

From the early 20th century onward, Las Vegas became the global gaming capital, with casinos popping up right along the now-famous strip. As these developed into the integrated resorts that we know today, Texas hold’em was introduced to the city.

The game was first played in the California Club in 1963, with other major casinos at the time, like the Golden Nugget, Dunes and Stardust, all offering the game a few years later.

The first World Series of Poker was held in 1970 at Binion’s Horseshoe, and quickly became one of the most important tournaments in the sport. It has been held every year since, with several other major tournaments replicating and adapting its format.

These tournaments were one of the factors that fueled the poker boom in the 2000s. Chris Moneymaker won the 2003 Main Event of the World Series of Poker after qualifying online. This saw a huge surge in players enter the competition the following year, all hoping to replicate his success. This happened around the same time that TV stations began to televise the games with the cards face-up, which proved entertaining enough to pull in the viewers. 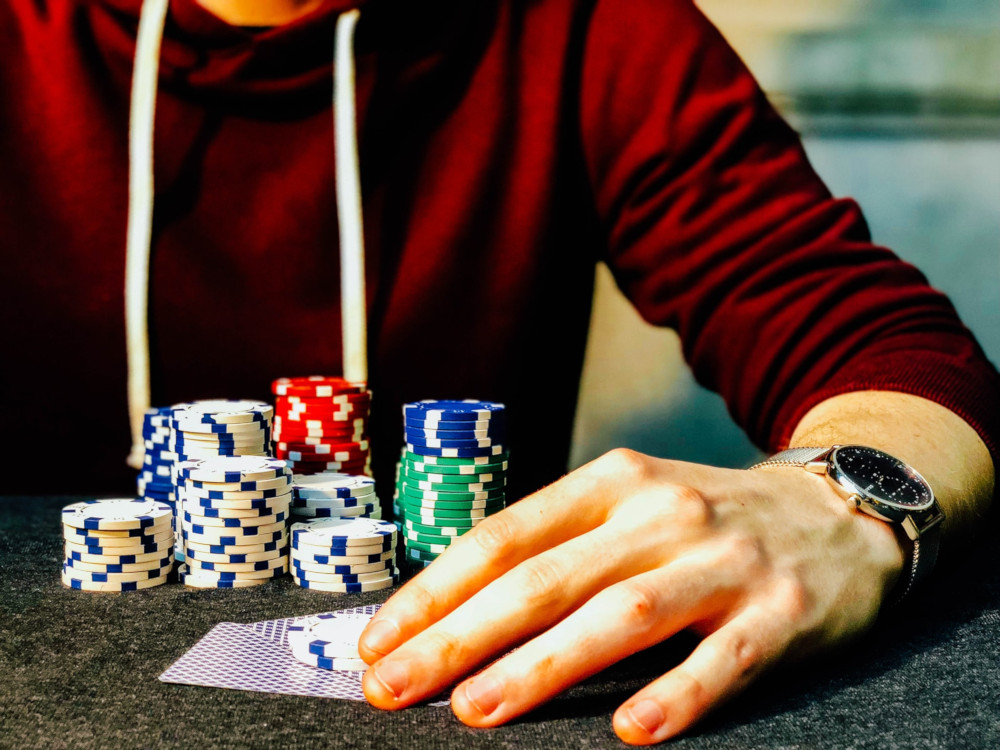 The poker boom was also driven by the increased availability of poker and other casino games online. These websites, which began operating from the mid-1990s, allowed players access to these games from wherever they were in the world, reaching far more people than had previously been possible.

Despite poker’s growth, variations of blackjack continue to be popular online casino games. You’ll find that most operators have a variety of different online blackjack games available on their websites, with varying rules, limits, and quantity of decks. Some casinos will also offer pontoon, a British game that shares many similarities.

Poker is so popular, that online poker sites tend to run separately to casinos, specializing in just cash and tournament poker games.

There are TV shows dedicated to poker games and tournaments, while streaming services like Twitch show online games and live events. Many of the tournaments, like the European Poker Tour and World Series of Poker, are also broadcast on TV via services like PokerGO and traditional sports broadcasters like ESPN.

Ultimately, it hasn’t been one factor that’s made poker the casino favorite that it is today. Tournaments and TV shows help to create more interest in the game, while online casinos facilitate more players. In turn, some of these customers enter major tournaments, creating role models that will help to attract more players again.

The poker boom was an accelerated version of this, created partly by the excitement of Chris Moneymaker’s win and the increased accessibility of online poker. And although the boom has fizzled out, poker remains a popular option among players in online and land-based casinos.

The 2020 World Series of Poker is over, and we're not exactly sure what just happened. — read more »

Online poker in the state of Pennsylvania generated $2.7 million in revenue during the month of August, according to…

PokerStars’ World Championship of Online Poker (WCOOP) is close to wrapping up for another year. The marquee…

The Millions Superstorm from 888poker is well and truly underway.

Clear Your Schedule for the Final Weekend of WCOOP 2020