Negreanu joins at the earliest opportunity, McClelland after 40 years in the business.

The 47th and 48th members of the Poker Hall of Fame have been announced as Daniel Negreanu and Jack McClelland.

The two will be formally inducted the day before the WSOP main Event Final Table begins on November 9 at Binion’s Gambling Hall.

“Congratulations to the newest members of the Poker Hall of Fame,” said Poker Hall of Fame governing council member Ty Stewart. “While a contrast in styles, there is a common thread between these two deserving nominees. Both live all-in on poker and have devoted their full hearts to the game.” 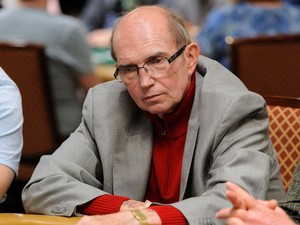 The Binion’s venue is particularly appropriate for Jack McCLelland who worked closely with Jack Binion in the early days of the World Series of Poker.

McCLelland has been a major figure behind poker tournaments in Las Vegas and all over the world. He was the WSOP tournament director in the 1980’s, and ran the Bellagio poker room from 2002 to 2013.

Jack has now retired, after forty years in the business where he started his career as a poker dealer.

“Being inducted into the Class of 2014 Poker Hall of Fame is a very exciting prospect and I am sure it will be a very humbling experience,” said McClelland. “I thank everyone involved in this process and to the WSOP, WPT and all of the great people I have met and the wonderful people I have worked with throughout the years. Thank you for bestowing this honor upon me. I am very grateful.”

Daniel Negreanu has become the face of PokerStars. Not only is he the leading brand ambassador for the world’s largest online poker operator, but he is the Global Poker Index Player of the Decade.

He has total live tournament winnings of $29.8 million, and after his second place finish in this year’s WSOP Big One for One Drop, ranks number one on the all-time money list. He has six WSOP bracelets, and countless other titles.

Daniel has become one of the most popular poker celebrities, famous for his affable table image and uncanny ability to call out his opponents cards.

He has done all of this by the age of 40, the minimum age to be elected to the Hall of Fame, and he has been elected at the first possible opportunity.

“It’s an honor to be inducted alongside so many great players that have come before me,” said Negreanu. “An even bigger honor to be recognized at age 40, the same age as the legend Chip Reese.”

Daniel also tweeted his thanks to all his supporters.

Thanks everyone for the support, it’s truly appreciated. I may be 40, but I’ll be around another 40 at least! http://t.co/jPuTMnJXFB— Daniel Negreanu (@RealKidPoker) October 24, 2014

Daniel Negreanu PokerStars WSOP
Jocelyn Wood, Editor Joss is a graduate in English from the University of Birmingham and has a Master’s Degree in Organisational Development from the University of Manchester. His career path has taken him from the British Army, through business & finance to seven years as a successful professional poker player. His experience of the European Union, law, accounting, finance, regulation and online poker provide the basis for his insights in the PRO specialist categories of Industry and Law & Regulation. As CEO he steered his own company through full Financial Services Authority regulation, and was asked by Morgan Stanley to take their UK mortgage business through the same process. Although British, he lives in Arequipa, Peru, set high in the mountains and surrounded by volcanoes. He is married to a Peruvian and has three children.
Article published on October 24, 2014.
pokerfu.se/26c6

Big 20 Finale: New Players Can Get a Free $55 Ticket by Signing Up