Sponsored by Poker Industry PRO and the Global Poker Index, Europe’s largest annual poker conference, hosted at the SiGMA conference in Malta last week, examined where the online poker industry sits today and what to expect in 2018 and beyond.

Co-sponsored by Poker Industry PRO and the Global Poker Index, the European Poker Conference consisted of a state of the industry address followed by five panel discussions each covering a key topic facing the industry today.

The event kicked off with a presentation describing the current state of the online poker industry. After providing a contextual overview of the events that shaped the industry in recent years, Michael Gentile, Director at Poker Industry PRO, revealed what appeared to be a surprise to much of the audience: The online poker industry is trending upward in 2017. 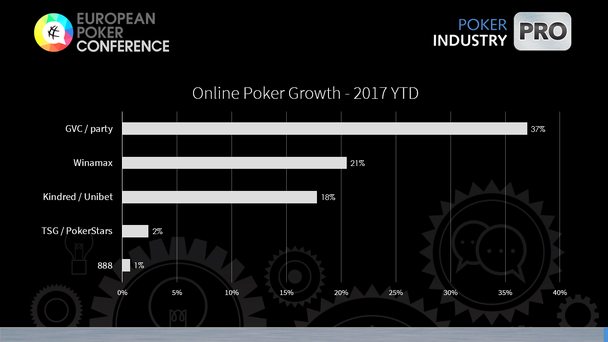 A slide depicting the financial reporting of publicly traded companies and estimates of privately held operators showed that all of the top global online poker providers are experiencing growth in their online poker verticals.

That point was further substantiated by revenue data from gaming regulators in some of Europe’s largest regulated markets which have experienced year-on-year growth for the first time in their history. 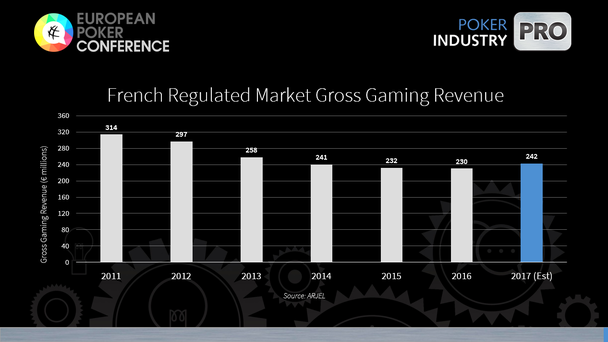 Along with the economic good news, positive developments on the regulatory front in several jurisdictions—and what appears to be an increased investment in poker by operators—were presented as reasons for optimism about the industry in 2018 and beyond.

The panel discussed the implications of the new European shared liquidity agreement between France, Spain, Italy and Portugal and the latest developments on igaming regulation in the Netherlands, among many other topics. 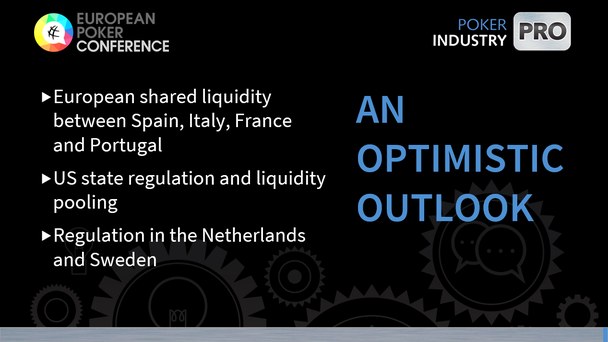 The next panel, “The Resurgence of Live Poker Tournaments,” discussed how the live poker scene have evolved this year and how it ties back into online poker’s growth.

The expert panel included Dirk Oetzmann, Senior International Content Editor at Highlight Media Group; William Shillibier, Freelance Poker Journalist and Live Reporter; and Cédric Billot, Business Development Manager for The Stars Group. Each provided insight into the convergence of live and online poker, how the new poker tours are being welcomed by players and some of the differences between operators’ live tournament products.

Panel members shared their opinions on the possibility of affiliates becoming licensed and regulated in some jurisdictions and what we can expect in the future when it comes to the content used to market online poker. 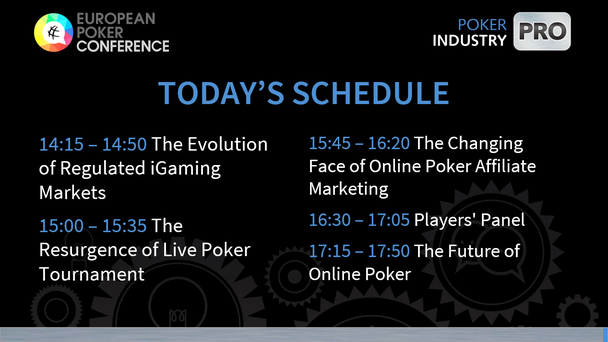 William Shillibier returned for his second appearance in the fourth panel discussion of the day, the Players’ Panel. He was joined by David Kilmartin Lappin, a Unibet Poker ambassador, and Fintan Hand, a member of PokerStars Team Online, to provide the perspective of those on the front lines of the poker industry.

The conference wrapped up with Alexandre Dreyfus, CEO of the Global Poker Index; Nick Jones, Director at Poker Industry PRO; and Jean-Christophe Antoine, Head of Poker at Betsson Group, discussing “The Future of Online Poker.” The panel fielded questions on the topics of game innovation, trends in loyalty rewards and emerging markets that could have the most significant impact on the industry.

The conference was well received with a wealth of information about the online poker industry disseminated to those in attendance.

With large parts of Europe now in the grip of a second wave of lockdown due to the rising cases of COVID-19, and with…

Online poker in the state of Pennsylvania generated $3.2 million in revenue during the month of June, according to…

Pennsylvania online poker had another big month in May with the state’s lone online poker operator, PokerStars PA,...

GGpoker Growth Shows No Signs of Slowing Down

GGPoker is on an upward trajectory as the online poker site continues to grow at break-neck speed.

The world’s leading online poker giant, PokerStars has announced in a press statement that 6+ Hold’em (the…

Behind the Scenes, PokerStars is Preparing a Major Software Overhaul with New “Aurora” Engine

Quietly, behind closed doors, online poker giant PokerStars has been readying one of its largest software upgrades in…

partypoker LIVE, the land-based poker tour of online poker operator partypoker, has agreed to become a tour sponsor of…