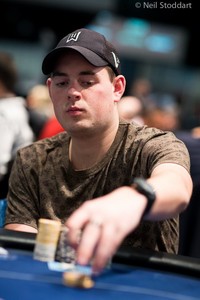 The Global Poker Index (GPI) European Player of the Year awards are in their thirteenth year and provide recognition in 19 categories. The award for European Internet Poker Player of the Year went to Toby Lewis who, like Schemion, is a former “Rookie of the Year,” taking the title in 2011.

Schemion has already made two scores over $200k this year. He came 7th in the PokerStars Caribbean Adventure (PCA) $25k High Roller Event and 7th in the $100k PCA Super High Roller. 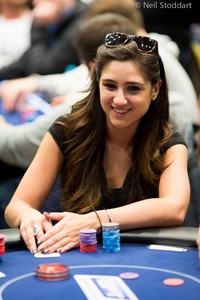 A Lifetime Achievement Award went to British player Barny Boatman, the oldest member of the famous four man Hendon Mob team. He was the first player to make three WSOP final tables in a row and was one of the early personalities of poker when it was first televised in the UK.

Ana Marquez from Spain took the award for Female Poker Player of the Year. Marquez won the Hollywood Poker Open, Lawrenceburg for $320k and cashed in two WSOP events last year. She ranks fifth on Spain’s all time money list.

European Poker Tour Global Poker Index
Jocelyn Wood, Editor Joss is a graduate in English from the University of Birmingham and has a Master’s Degree in Organisational Development from the University of Manchester. His career path has taken him from the British Army, through business & finance to seven years as a successful professional poker player. His experience of the European Union, law, accounting, finance, regulation and online poker provide the basis for his insights in the PRO specialist categories of Industry and Law & Regulation. As CEO he steered his own company through full Financial Services Authority regulation, and was asked by Morgan Stanley to take their UK mortgage business through the same process. Although British, he lives in Arequipa, Peru, set high in the mountains and surrounded by volcanoes. He is married to a Peruvian and has three children.
January 30, 2014
pokerfu.se/7fjm

Backers Sue Poker Pro James Hopkins Over Failed Staking Deal, Other Backers Ask “You Can Do That?”

Poker pro James Hopkins is being sued by his backers over a failed staking deal. The suit has caused other backers to ask "you can do that?" — read more »

While Winter Series has come to an end in the international dot-com market, PokerStars hasn’t left out its New…

After Another Down Year, New Jersey Online Poker Poised to Rebound in 2020

Online poker in the state of New Jersey generated $21 million in revenue for operators in 2019, making it the lowest…

(Topic begins at 0:20:04 mark): Druff returns a weird phone call he got two days ago where the caller thought he ran a…