A run down of the top names and top scores for the first seven days of this year’s series.

When the Millionaire Maker ends today, it will provide a dramatic moment at the end of the first seven days of the 2014 World Series of Poker (WSOP). The winner will become the first, but definitely not the last millionaire created by this year’s events.

The final tables so far do not show a marked preponderance of internet players. As the summary of the events below shows, the old school players continue to make a name for themselves. 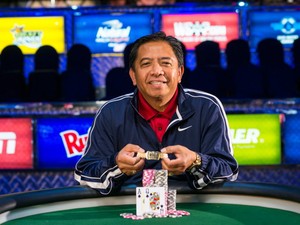 The traditional start to the WSOP is the Casino Employees event which was due to run over two days, but actually lasted five minutes into day three before being won by Roland Reparejo.

The Philippine has played the event several times, and cashed for $3.4k last year—his second WSOP cash was more profitable as the 55 year old took home an $83k check and the first WSOP 2014 bracelet.

The big name action got going with event two a Mixed Max event which started nine handed then dropped to six handed on Day 2.

The final eight combined live poker superstars with internet players. Vanessa Selbst, JC Tran, Matt Gianetti, Ryan Fee —whom many internet players will know from his guide to cash game poker—and Aaron Jones, ensured that internet and live styles would be applied before a victor was declared.

In a heads up battle with internet heads up high stakes cash game specialist Jason Mo, Vanessa Selbst emerged the winner. In doing so, she earned her third bracelet, drawing level with Poker Hall of Famer Barbara Enright.

Vanessa also pocketed the first big money of the series with a payday of $871k. 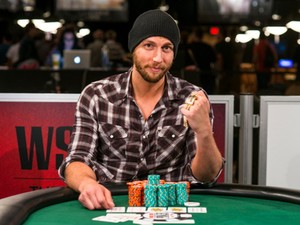 The bracelet and $205 went to Brandon Shack-Harris, who had to fight through a final table that included Steve “MrSmokey1” Billirakis, who became the youngest player ever to win a WSOP bracelet when he took down the $5,000 World Championship Mixed Hold’em Limit/No-Limit event in 2007.

The event is sure to return next year. 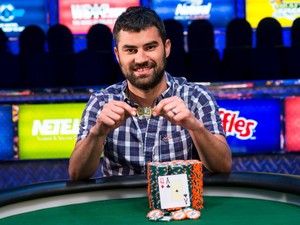 The first $1k buy in No Limit Hold’em event saw double the entries of the PLO event, drawing 2,224 runners.

2008 November Niner Ylon Schwartz survived to take third, one place higher than he finished in the 2008 Main Event. Ylon is a bracelet winner having won the $1,500 HORSE event in 2012. 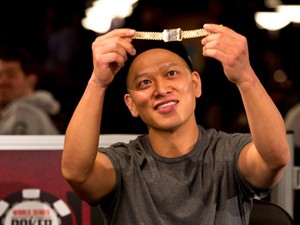 Another star studded final table was produced for the first $10k event of the series. Jason Mercier, Phil Galfond, Eli Elezra, and Nick Schulman all got to the last 12 of 120 entrants.

Justin Bonomo and Tuan Le busted them all to get the tournament heads up. One of the toughest exits came from Phil Galfond, who started the day as chip leader, but by the time play got down to the six handed final table, had become the short stack and went out in sixth.

Bonomo and Tuan began heads up play with similar stacks, but Tuan Le whittled Bonomo’s stack down after several hours of play and continued on to take the title—earning $355k 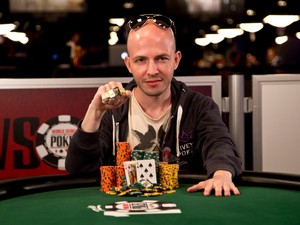 Josh Arieh had a shot at winning his third WSOP bracelet in the $1,500 Shootout event which managed to attract almost a thousand entries.

Arieh busted four players at the final table but suffered one particularly brutal beat when his set of tens failed to beat Alex Bolotin ’s pair of aces. The chips went in on the flop and the turn provided an ace to devastate Arieh’s chip stack.

Bolotin went on to win the event and his first bracelet after Bulgarian player Dimitar Danchev tried a bluff with complete air, after 87 hands of heads up play. 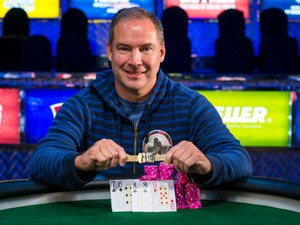 The first Razz event attracted 352 entries, but it was the quality, rather than the quantity which impressed. Phil Ivey, Daniel Negreanu, Jonathan Duhamel and Huck Seed —who already has two WSOP Razz bracelets—were all knocked out before the shape of the final table became clear.

Two stories competed for final table attention. Phil Helmuth was very much in contention for his 14th bracelet and Ted Forrest, was in the hunt for his sixth, Both of them have a Razz bracelet in their trophy case, so this was an opportunity to join Huck Seed as owners of two.

Helmuth’s ambition to add another win faltered as his chips took several damaging blows, and then it was over when Ted Forrest’s 9 high low hand easily overcame Helmuth’s Q high low.

The Millionaire Maker ends today, with the winner guaranteed much more than the headline million dollars. First place will now pay $1.3m with second not so far short of a million at $815k.

A field of 7,977 players paid to play, with 1,751 entering both of the Day 1 flights held on Saturday. There were 6,344 entries last year, with 1,299 paying for two entries.
Eleven players remain to play the event to a finish. All of them will receive a six figure pay day.

The ninth event of the series is another $1k Hold’em event, this time it’s attracted 1,940 entries slightly less than Event #4.

The event started on the same day as the Millionaire Maker, which is likely to have reduced the field of prospective players.

12 players remain, none of them are well well known in the mainstream media, although Bob Bounahra, the businessman from Belize who finished 7th in the 2011 Main Event came close to the final table finishing in 17th place.

Eli Elezra is again among the players going deep in a bracelet event as he is currently in 2nd place with 18 remaining in the $10k Omaha Hi/Low event. All 18 places pay, with $443k going to first.

Again the $10k buy in proved attractive to the top players, with Daniel Negreanu and Jeff Lisandro among the entrants. Lisandro was the first player to win a WSOP bracelet in all three varieties of Seven Card Stud.

Lisandro has five bracelets and remains in with a chance of a sixth, although he is currently shortstacked in 16th place.

Negreanu didn’t make the money, but Doug “WCG Rider” Polk is in contention having made it to tenth place for when play resumes.

The first No Limit Hold’em six handed event for the series is also in full flow, with 134 players remaining out of a starting field of 1,587.

The $2.1m in prize money has already started to be distributed as the money bubble burst with 162 players remaining.

Justin Bonomo is in 32nd, having got straight back on the horse after his second place finish against Tuan Le in event #5.

Aaron Jones Daniel Negreanu Eli Elezra Jason Mercier J.C. Tran Jeff Lisandro Jonathan Duhamel Josh Arieh Justin Bonomo Martin Staszko Nick Schulman Phil Galfond Ted Forrest Vanessa Selbst WSOP
Jocelyn Wood, Editor Joss is a graduate in English from the University of Birmingham and has a Master’s Degree in Organisational Development from the University of Manchester. His career path has taken him from the British Army, through business & finance to seven years as a successful professional poker player. His experience of the European Union, law, accounting, finance, regulation and online poker provide the basis for his insights in the PRO specialist categories of Industry and Law & Regulation. As CEO he steered his own company through full Financial Services Authority regulation, and was asked by Morgan Stanley to take their UK mortgage business through the same process. Although British, he lives in Arequipa, Peru, set high in the mountains and surrounded by volcanoes. He is married to a Peruvian and has three children.
Article published on June 03, 2014.
/pokerfu.se/nbs4