Mark Newhouse does it again, but Jorryt van Hoof leads the chip counts with all eyes on the $10 million first prize.

Day 7 of the 2014 WSOP has ended with predictions of mishap and miracles fully born out.

Mark Newhouse produced the miracle as he has become the first November Niner to make back to back final tables. In 2013, he came to the final table with the shortstack, and finished in ninth—this year he is third in chips with over 26 million. 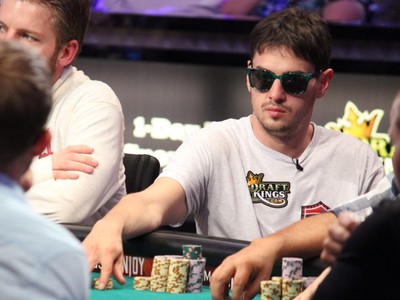 For mishap, double bracelet winner Luis Velador felt the most pain. Not only did he bubble the final table by finishing in tenth, but he blew off over 20 million chips to do so. 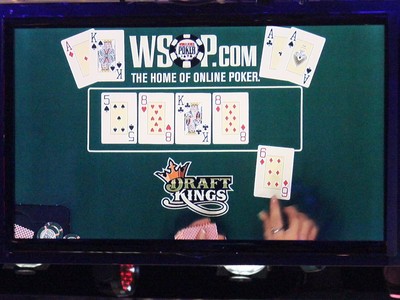 The defining hand turned out to be a pre-flop all in when he tank called a 10 million chip shove from Andoni Larrabe while holding A-K in the blinds. Velador’s blockers didn’t block and he ran into the very top of Larrabe’s range—A-A.

He later shoved all his chips with 4-4 only to be called by Newhouse with 5-5. The board did not help and the November Nine was set.

The day started with 27 players, and early to the rail were some of the young internet guns. Scot “URnotINdanger2” Palmer and Brian “Flawless_Victory” Roberts started as shortstacks and couldn’t get the lucky double ups needed to get back into contention.

Andrey Zaichenko was the last Russian standing, until he was eliminated in 17th and Craig McCorkell was the final British hope—he busted in 13th.

The November Nine will reconvene to play down to the winner of the $10 million first place prize on November 10 and 11.

Andrey Zaichenko Bryan "Devo" Devonshire Craig McCorkell Dan Smith Mark Newhouse Martin Jacobson WSOP
Jocelyn Wood, Editor Joss is a graduate in English from the University of Birmingham and has a Master’s Degree in Organisational Development from the University of Manchester. His career path has taken him from the British Army, through business & finance to seven years as a successful professional poker player. His experience of the European Union, law, accounting, finance, regulation and online poker provide the basis for his insights in the PRO specialist categories of Industry and Law & Regulation. As CEO he steered his own company through full Financial Services Authority regulation, and was asked by Morgan Stanley to take their UK mortgage business through the same process. Although British, he lives in Arequipa, Peru, set high in the mountains and surrounded by volcanoes. He is married to a Peruvian and has three children.
Article published on July 15, 2014.
pokerfu.se/pnhm

When WSOP went live in Michigan less than two weeks ago, it accompanied its launch by announcing a four-time bracelet…