$350,000 worth of treats on offer at the fifth edition of Pennsyl-MANIA, PokerStars PA’s pre-Halloween celebration.

Pennsylvania online poker players will have more on their minds than just their Halloween plans this October, as PokerStars PA is bringing back Pennsyl-MANIA for the fifth time.

The event guarantees $350,000, one of the largest prize pools you’ll find in the market. It runs a week before the spooky holiday—this Sunday, October 24.

It is one of three games on offer in all of PokerStars’ US markets. In New Jersey and Michigan, the operator will run similar $300 buy-in tournaments under the “Classic” brand.

In total, there is $700,000 on offer across these three tournaments.

Half of that is up for grabs in PA alone, with $350,000 guaranteed in the Keystone state. And players do not necessarily need to pony up the full $300 buy-in—there are satellite games running on the client starting at just $15 and there’s avenues to qualify for free as well with a special depositors freeroll.

MI/NJ/PA players:
@Stapes has a message for you about the next PokerStars USA big tournaments, coming later this m… https://t.co/o7ZywgwJeh— PokerStarsUSA (@PokerStarsUSA) October 12, 2021

Win Your Way into Pennsyl-MANIA

The Pennsyl-MANIA game costs $300 to enter, but a lot of players in the game will be there for less than that. Satellite chances to get into the game cheap are running throughout the day now, and players can bag a ticket to the game in regular satellites for as little as $15.

There will be 50 players in the game for free as well. PokerStars PA is putting on a special Pennsyl-MANIA Depositor Freeroll before the start of the main game on Oct 24, and there are a whopping 50 tickets up for grabs in the game. 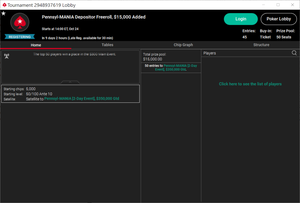 Getting into the Pennsyl-MANIA Depositor Freeroll is easy as well. Just make a deposit of $30 or more to your PokerStars PA account using bonus code PAMANIA21 and you’ll get a ticket to the exclusive freeroll that starts at 2pm on the 24th. This is open to both new and existing players.

The Depositors Freeroll is just one of the ways players in PA can get in on the cheap. There is a long list of satellites starting at $15 and offering as many as 10 seats guaranteed. Most feeder games have at least 2 or 3 tickets guaranteed, so there is value across the satellite board. 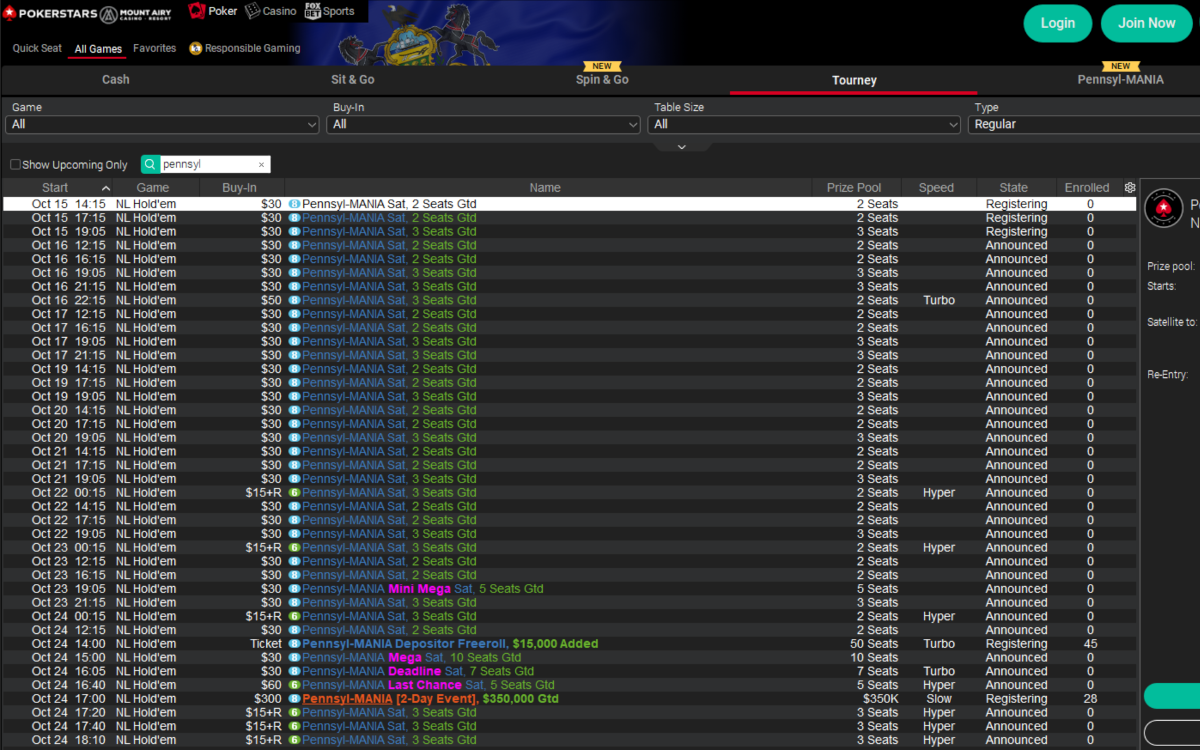 PokerStars PA: Pick one of two great welcome offers
Play one cash hand, Get $50!
NO CODE NEEDED
Deposit match bonus up to $600!
STARS600 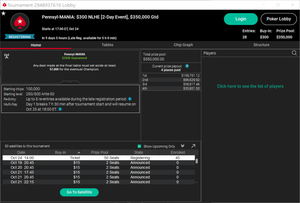 That means the game will need 1,250 entries to hit the $350,000 guarantee, but that is not likely to be a problem. With the copious spread of satellites leading up to the event, including the very generous Pennsyl-MANIA Depositors Freeroll, $350,000 seems well within reasonable expectations.

The four previous runnings of Pennsyl-MANIA were mostly a success. Three of four games broke their guarantees, with only the optimistic $500,000 guarantee from Dec 2020 missing the mark. It was only about $70,000 short as well, so it didn’t miss the promise by much.

The fifth running of Pennsyl-MANIA reverts back to mid-2020 levels for the guarantee this time around, but it seems likely the game will get there. Grab your seat early in one of the many satellites running over the next 10 days or jump in for $300 on the day—either way, whether it makes the guarantee or not, there will be a lot of money to be won in Pennsyl-Mania.