For the first time since 2014, PokerStars and the European Poker Tour will host a stop in London.

For much of the early part of the European Poker Tour (EPT), London, UK, was one of the premier stops on the tour. However, with the last London stop happening in 2014, it has been eight years since the tour last visited the British capital.

That is set to change in 2022 as PokerStars returns to London in October of this year for another EPT London festival. The games will run from October 18 – 28 with various events, including the storied EPT Main Event, UKIPT events, and the European HORSE Championship.

In addition to all the cash up for grabs in London this fall, players will also have a chance to win a seat in the PokerStars Players Championship (PSPC), scheduled to return for its second running in Jan of 2023. There will be two Platinum Passes to the exclusive $25k live game on offer during EPT London.

One of those passes will be available in the bounty barrel during the EPT Platinum Pass Mystery Bounty from Oct 24 – 26, but the second pass will be open to online qualifiers. UKIPT and EPT qualifiers to London will get a shot at a Platinum Pass in a special live, all-in shootout on October 22.

Last verified: Aug 2022
Special Signup Offer
Not regulated or for use in Ontario
100% deposit bonus up to $600!
Claim Signup Offeror read our full review » 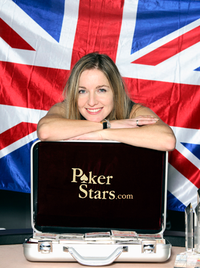 For the first decade of the EPT, London was a fixture on the schedule. From 2004, when John Shipley won the very first London Main Event, to 2014’s German winner Sebastian Pauli, 11 events took place in the British capital.

Among those is one of the most famous moments in EPT history. In 2006, Victoria Coren became the first woman to win an EPT title on her home turf at The Vic in central London. Among the other big names to win an EPT title in London over the years are the UK’s David Vamplew and Germany’s Benny Spindler.

Cédric Billot, Head of Global Live Event Operations at PokerStars, said: “We’re thrilled to be heading back to London and looking forward to welcoming players from all around the world to the UK. EPT London has a great history with PokerStars as it was a stop on the first EPT season in 2004. With a wide schedule of events, two Platinum Passes to win, and many activities around the event, EPT London 2022 is set to attract a huge number of players, from recreational right up to high rollers.”

After an eight-year absence, the EPT will undoubtedly be welcome in the UK capital once again. 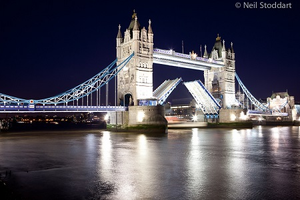 Running from October 18 – 28, the latest edition of EPT London has significant events on the schedule. As always, there will be the EPT Main Event from Oct 22 – 28, but players in London will also have a shot at a UKIPT title from Oct 18 – 22.

There will be an £1100 HORSE Championship, three high rollers, and a couple of Mystery Bounty tournaments, including the EPT Platinum Pass Mystery Bounty, from October 24 – 26, which will have a Platinum Pass mixed in with the bounty slips in the mystery barrel for the event.

Qualifying players will also get another shot at a Platinum Pass in London. Online satellites for EPT London will run from August 14 until October 20, and players can book packages to the event for as little as £1.10.

There will also be an extra prize for those qualifiers, however. On October 22, EPT London will host an all-in shootout for qualifiers to UKIPT or EPT events in London, with the champion of that game pocketing a coveted Platinum Pass.

See below for a look at the key events in the festival and look for online qualifiers to London starting in the PokerStars client on August 14 to book your seat for the first EPT London in 8 years.