The PokerStars Championship Barcelona 2017 was the most successful stop on the company’s live poker tournament circuit this year. The 51-tournament schedule took place at Casino Barcelona last month and provided a number of key highlights that organizers hope will build momentum for the tour heading into the final months of the year.

One of the biggest successes of the first half of the series was the PokerStars National Championship. Over the course of three starting days, the single re-entry tournament with a €1100 buy-in and a €4 million guaranteed prize pool attracted 3626 players that generated 4557 total entries making it the most attended live event in PokerStars history.

A total of €4,420,290 was enjoyed by the 679 players that finished in the money including Pedro Cairat who captured the title and €432,178 in his first-ever poker tournament—a convenient side note that promotes the poker dream that anyone can win.

The $5300 buy-in Main Event of the series attracted 1682 entries and generated a prize pool of more than €8 million. Sebastian Sorensson took down the tournament and nearly €1 million in only his second live tournament ever. The Swede qualified for the prestigious tournament through a €215 online satellite on PokerStars.

Qualifiers made up half of the official final table of the Main Event with hundreds more winning their way to PokerStars Championship Barcelona on PokerStars’ Spanish-licensed online poker room PokerStars.ES. 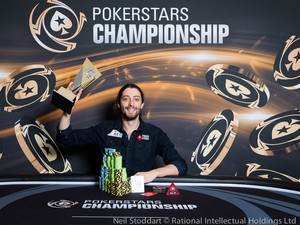 Liv Boeree and Andre Akkari, both members of PokerStars Team Pro, also made deep runs in tournaments during the series.

In addition to those considered to be “poker-famous,” other celebrities had success at the felt in Barcelona as well. 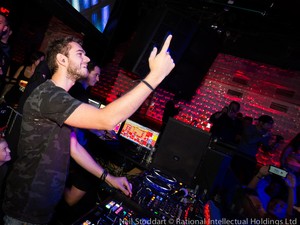 Grammy award winning DJ and producer and now “Friend of PokerStars,” Zedd, who along with pop star Alessia Cara recently won Best Dance Video at the 2017 MTV Video Music Awards for “Stay,” not only performed at the player’s party, but he also finished in third place of the €2000 buy-in turbo event and in doing so captured the attention of audiences outside of the poker industry.

While players and the industry anxiously wait for the full WSOP 2023 schedule to be revealed, let us look at what the…

DraftKings online casino began its reign from a small spare bedroom in Boston, MA in 2012. A decade later, it has…