A UFC-branded octagon table could serve as the basis for the latest game release from PokerStars.

After having signed a deal with the Ultimate Fighting Championship (UFC) in December 2018 to become its first-ever “Official Poker Partner,” it seems that PokerStars will finally use UFC’s brand to promote its game offerings, pokerfuse can exclusively reveal.

Not only is PokerStars gearing up to launch UFC-themed Spin & Gos, but we also expect the operator to launch an update to its customer loyalty program, Stars Rewards, with possibly a new high-value Chest to be revealed as part of Stars Rewards 2.0.

Another change expected in the near future is the addition of a new poker variant, Split Omaha, the potential next cash game novelty by PokerStars which pokerfuse spotted last month. We believe the game is still in works but could may be launched very soon.

We also have reason to believe that the new UFC variant could involve use of the knockout (KO) format.

The concept of introducing knockout or bounty elements to lottery-based Sit & Gos is not new. In 2016, partypoker introduced its own take on this format by launching Sit & Go Hero—tweaking the format by making it four-handed and adding a bounty on the head of one random entrant. However, the game did not gain much popularity forcing partypoker to withdraw the format.

Alternatively, the UFC-themed game coming down the pike may well be more a promotion rather than a new Spin & Go type variant, much like when PokerStars introduced the football-themed Spin & Goal during the FIFA World Cup. During the promotion, Spin & Goals offered a random prize up to $1.2 million on a buy-in of just $5.

The operator outlined some of the changes that it expects to roll out over the course of 2019 including increasing the value of chests, removing the “boost” feature, simplifying the requirements to make the program easier to understand, and adding an “exchange” feature to redeem partial progress for an immediate reward. 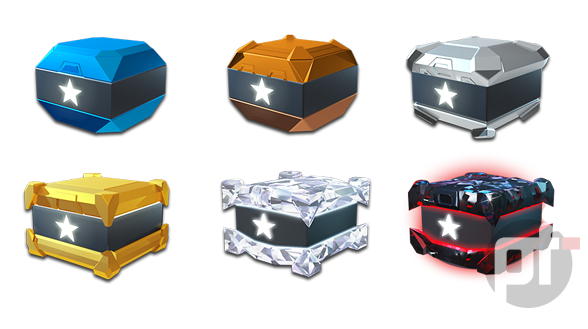 PokerStars has already started working to make its loyalty program more intuitive and easier to use. We suspect that there will no longer be red chests but, instead, a six-tiered system of chests will soon start with blue chests as its lowest level chest and a new black and red chest will denote the scheme’s highest reward mechanism.

A new “exchange” option will also be a part of the new Stars Rewards program that will allow players to redeem their current progress for an immediate reward should they find that it may be difficult to complete that progress bar within a reasonable amount of time.