DeepWater Hold’em, Split Omaha, new UFC products could be launched in the near future.

Online poker giant PokerStars has always been at the forefront of offering new poker innovations and introducing concepts that aim to attract new players to the tables.

Earlier this week, we reported that PokerStars is working on a new game engine, codenamed Aurora that not only changes the gaming experience for players but also allows for rapid software development.

The company is testing out its new game engine across its smaller markets including Portugal and Estonia. It is expected to roll out across other markets in the coming weeks and months.

However, as it prepares to deploy Aurora internationally, PokerStars continues with its trend of developing a string of new novelty poker variants to build up what it sees as a portfolio of games to keep the players engaged.

DeepWater Hold’em was first revealed by our sister site F5 poker earlier this month. We can now confirm that the game is indeed in the works and could soon make its debut in PokerStars’ international client. 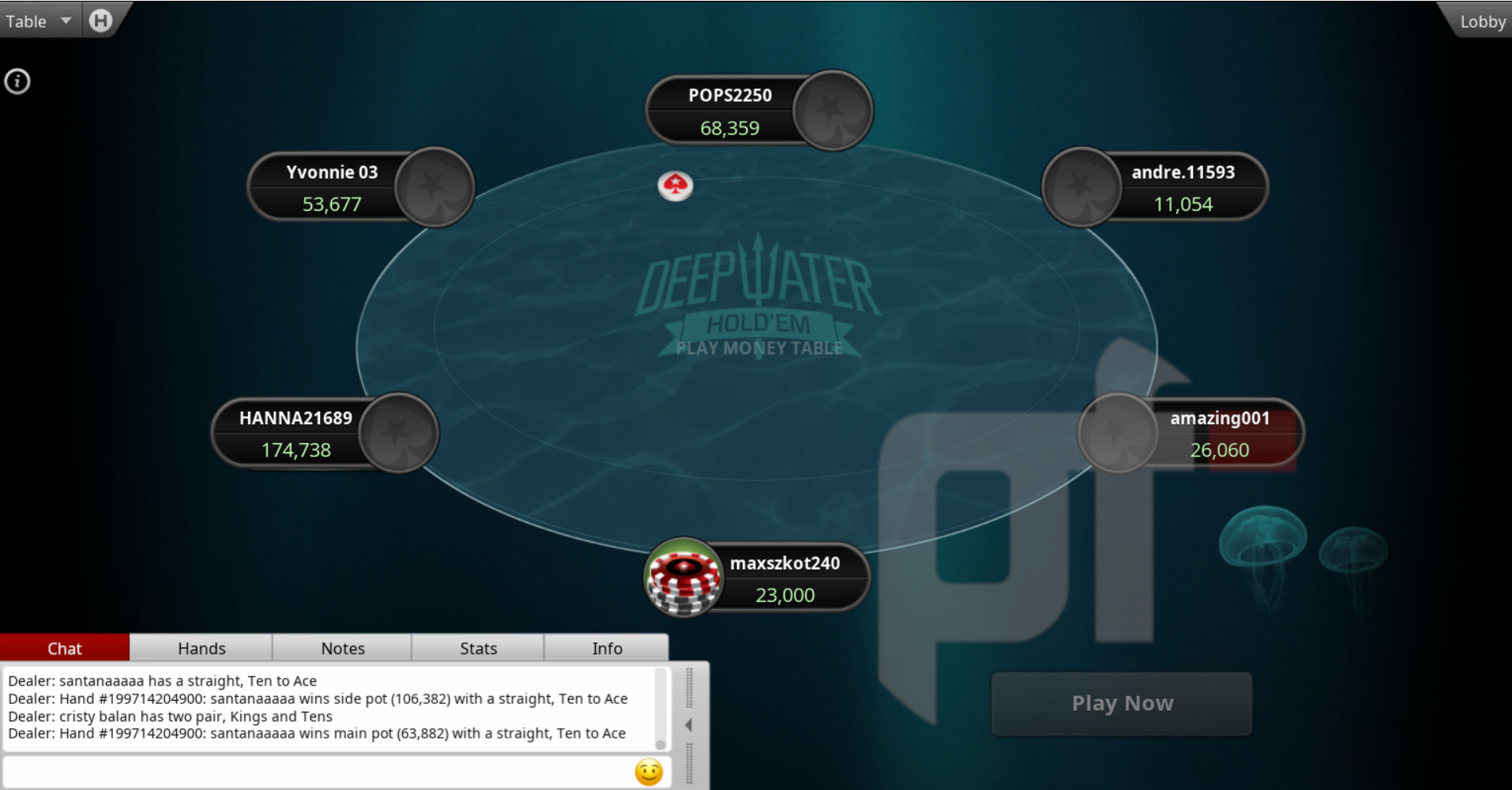 Details on the new game have not been revealed, so one is left to guess about the nature of the game purely from the name and table designs. However, we have discovered some clues that seem to indicate that the game could involve a twist with the antes.

An ante is a forced bet contributed by each player before the deal begins. Usually, in cash games, antes are not part of the game structure. However, there are some games which involve antes—the size of which range from 10% to 50% of the big blind or big bet. There is a possibility that DeepWater could involve the use of antes which could vary each hand.

Split Omaha, another game which pokerfuse discovered earlier this year is still in the company’s pipeline and could be launched any day now. Split Omaha is expected to follow the rules of regular Omaha except that players will have two choices of sets of community cards (two boards) to make their hand.

The game is also called as Double Board Omaha High or simply Double Omaha. Although the game is not widely popular, it still appears in some dealer’s choice games and is often spread in mixed cash games in Las Vegas during the WSOP as well as in Monte Carlo.

Split Omaha would be the operator’s first novelty game that would be played wholly as an Omaha variant. All previous novelty games were played as Hold’em except for Fusion, which was a blend of Hold’em and Omaha.

“We have different elements that we have been trying to do in the last couple of years,” said Severin Rasset, Director of Poker Innovation and Operations for PokerStars, in an exclusive interview with Poker Industry PRO. “The first brick was doing some more games and getting a stream of these games that are [available] for a limited amount of time. That’s what we have been trying to do.”

“In parallel, we also want to create this kind of temporary content, so that you will have a mix of loving new games that arrive on a regular basis and that we change,” Rasset told PRO.

Earlier this month, PokerStars rebranded its three-handed jackpot-based Spin & Go games as UFC Spin & Go following an exclusive global partnership with UFC that took place late last year. New details reveal that the company plans on a much deeper and prolonged partnership that will cover other poker games and promotions.

Also, we have discovered clues that indicate that players could soon be rewarded in the form of UFC Chests, part of PokerStars’ rewards program.

“This year will see some new great partnerships that will modernize the brand and continue to broaden its appeal. A major example of this is our new brand partnership with the UFC,” said Guy Templar, Chief Operating Officer for The Stars Group, addressing investors at the company’s first Investors Day held on March 27.

PokerStars MI has enjoyed a very successful start in the regulated Michigan online poker market. A new contender has…