Pokerfuse brings you more exclusive details, this time unveiling the casino games that are likely to be offered by PokerStars in Pennsylvania.

PokerStars is soon to go live in Pennsylvania, but exactly when that will happen still remains a mystery. Its launch in the Keystone State will mark only the second time that PokerStars has offered interactive gaming (online poker and casino games) in a regulated US market.

In Pennsylvania, not only will the online poker giant be offering its flagship poker product, but PokerStars USA is also expected to launch a slate of casino games, including table games, slots and video poker for real money.

It appears the “Casino” section will be integrated into PokerStars Pennsylvania online poker client, just like in other regulated markets, as already revealed in our previous article.

Upon switching to the casino lobby in the test version of the client, there is a “Home” tab and four other tabs each with different casino game types. They include:

The “Home” tab lists all the exclusive and featured games as well as the new and “Most Popular” casino games. The slots and video poker games will likely be provided by third-party igaming content providers with the table games likely to have been developed in-house.

What Casino Games Will Be Available at the Launch of PokerStars PA?

During the soft-launch period, there will likely be a limited set of online casino games. Based on our sleuthing, the PokerStars PA platform (which we believe is still undergoing internal testing), currently includes a total of 73 casino games including: 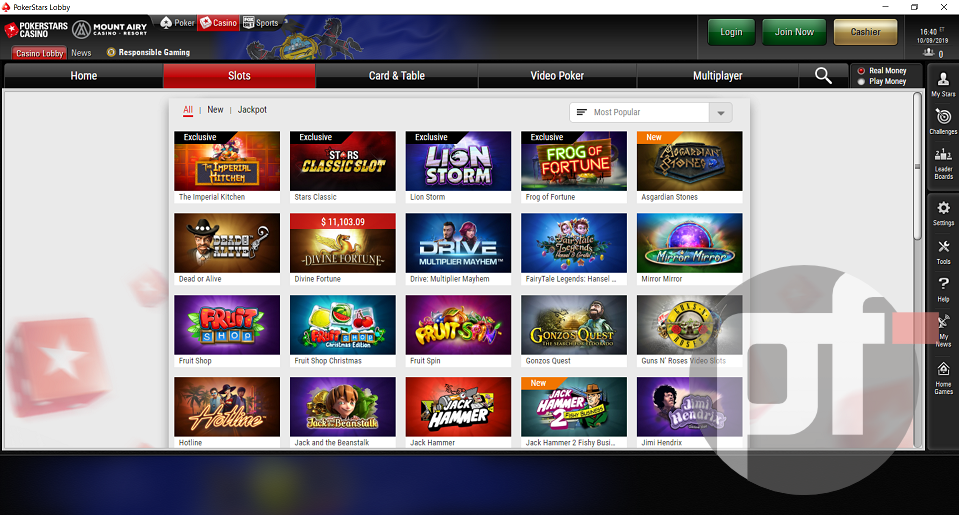 Many of these games have been provided by third-party software providers, some of which are expected to be exclusive and will not be found at other online casinos, including: The Imperial Kitchen, Lion Storm, Frog of Fortune and PokerStars’ built in-house Stars Classic. A jackpot slot titled Divine Fortune is also expected to be available for play.

A dozen table games are expected including Baccarat and European Roulette, with single and multiplayer versions of both. 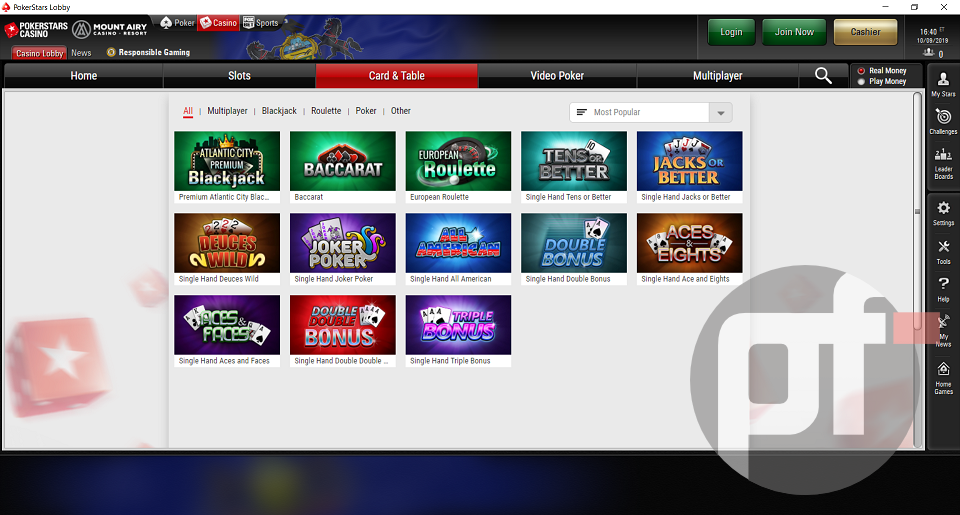 Stakes for multiplayer European Roulette and Baccarat will start at $0.10 and $1 respectively, if the current offering makes it to launch unchanged.

The following ten video poker variants also appear to be on offer: 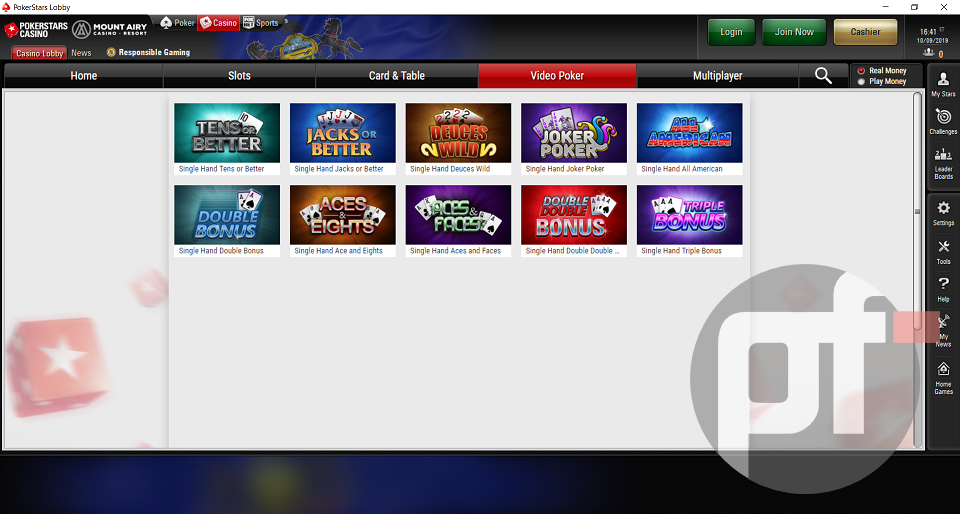 Live dealer games for Blackjack, Roulette and Baccarat are not currently on offer on the test client. 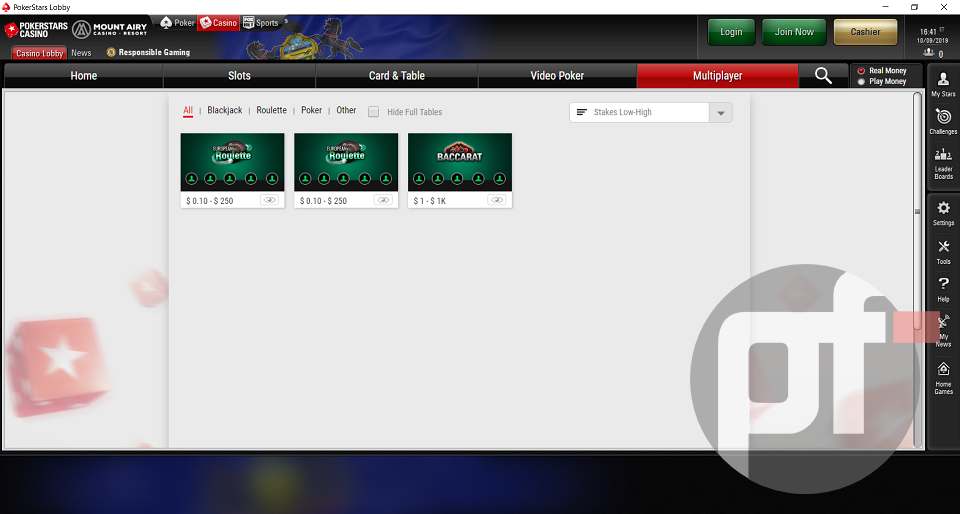 As a point of comparison, in New Jersey where PokerStars launched in March 2016, the operator offers a wide variety of casino games including 158 slot titles, 15 table games, five video poker variants, and 10 multiplayer games including Heads-up Hold’em and three live dealer games each for Blackjack, American Roulette and Baccarat.

The operator has partnered with multiple online casino technology providers including Swedish-based NetEnt, IGT, Evolution Gaming, Microgaming and many others.

Once PokerStars goes live in Pennsylvania, it will become the first room to offer legalized online poker and the fourth to offer online casino.

The operators that already offer online casino games in the state including Hollywood Casino, Parx Casino and SugarHouse Casino.

Penn National-owned Hollywood was the first casino to launch on July 15 through its association with its software provider IGT. On the same day, Parx also joined the party and rolled out its online gambling platform with its igaming software provider GAN. A couple of days later, SugarHouse Casino soft-launched its online casino operations on July 17 to become the third operator to go live in the state.

According to the numbers released last month by the Pennsylvania Gaming Control Board, the trio reported $3.4 million in revenue in August—the first full month since the market opened. SugarHouse Casino claimed the lion’s share with $1.6 million in revenue, capturing over 48% of the market. Parx generated just over $1 million and Hollywood generated just over $684,000.

The majority of the revenue generated by SugarHouse and Hollywood came from slots accounting for a combined total of over $2 million. Parx on the other hand was more balanced between slots and table games with the latter bringing in $552k compared to the $544k from its slots.

Bounty fans are about to get a real treat from PokerStars US. Starting May 13, Pennsylvania, New Jersey, and Michigan…