New software, new tournament schedule and $100K freerolls are some of the highlights of partypoker’s recent activity.

Partypoker has rolled out a major software upgrade to its online poker platform, adding in new features to its games offering including the most asked for feature, Run It Twice (RIT).

Run It Twice also referred to Deal It Twice is a practice commonly used in cash games whereby the remaining community cards are dealt twice. This occurs when two players are effectively all-in and there are cards still to come. When both players agree, the remaining board is dealt twice, and the winner is determined based on the outcome of both boards. If each player wins one board, the pot is split in half.

The idea behind such a feature is to reduce the player’s all-in variance. It has long been used in live cash games, after being first popularized in televised shows like High Stakes Poker and Poker After Dark.

Today, many online poker rooms offer this feature including PokerStars, GGPoker, and a few others.

Run It Twice at partypoker is currently available on Windows and Mac desktop versions at FastForward cash game tables only. The operator plans to roll out this feature to the mobile app and regular cash games in the near future.

Another important feature that partypoker has added is the ITM Indicator. This new feature displays some of the key information useful for tournament players such as their position and the number of players remaining in the tournament, places paid, cashed in amount, the next pay jump, and bounties earned—all these appear while at the table itself instead of a player needing to go to the tournament lobby.

The ITM indicator changes its color depending on the tournament’s stage. 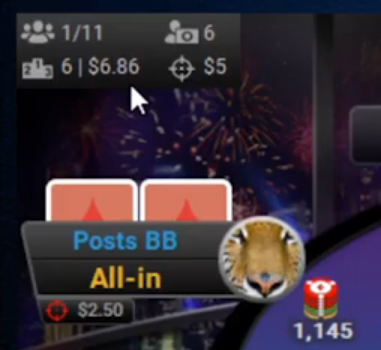 Although not yet live, partypoker will soon switch its heads-up table policy to King of the Hill to protect recreational or weaker players being preyed upon by regular players—something that is considered a predatory behavior.

This new policy will prevent players from sitting at multiple heads-up tables that are empty, they will only be allowed to join a new table if he or she is already playing a table. This is being done to prevent regulars who refuses to play other regulars but wait for weak players to turn up.

FastForward Gets a New Look

Alongside the Run It Twice feature and ITM Indicator, the new software update also includes a completely revamped look for the FastForward lobby, moving away from the traditional lobby look of listing tables in spreadsheet format and switching to a modern look that displays only the buy-in and table stakes. This makes it much easier for players to get to the appropriate table.

Additionally, the operator has rolled out new FastForward table themes. 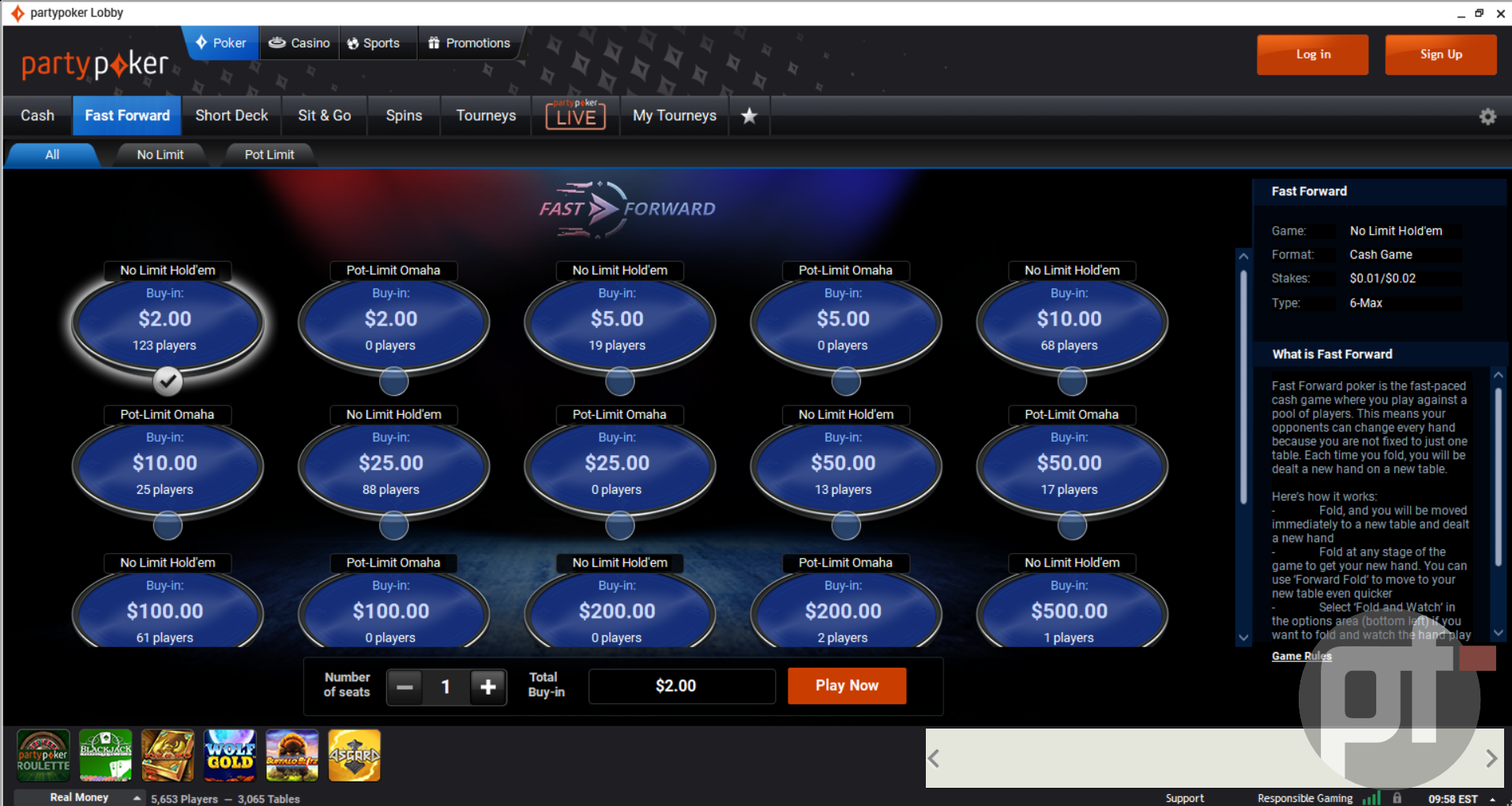 The operator already ran one $100K freeroll last week on Saturday, but there are still two more scheduled. The second $100K freeroll takes place this Saturday, December 21. The freeroll is open to all players who play in $5 or more worth of tournaments from December 14 to 21.

A week later, there is another $100K freeroll scheduled to take place on December 28. This one is open to all who play in $10 or more worth of tournaments from December 14 to 28.

partypoker MILLIONS Online to Return in September with $5300 Buy-in

MILLIONS Online, the record-holder for the world’s biggest online poker tournament, is set to return for its…

Yet Another Delay in Wire Act Case

An interesting development has emerged involving one of the the world’s top online poker operators, partypoker,...

Partypoker has rolled out a major software upgrade to its online poker platform, adding in new features to its games…

Partypoker has done it again. In what was being considered a herculean task, MILLIONS Online has once again successfully…