Find out what the best progressive jackpot slots at BetMGM Casino Ontario are and what kind of top prizes you can hope for when playing these games.

BetMGM Casino Ontario was one of the very first operators to go live in the newly regulated real money Ontario online casino market. However, the competition is fierce, as several other high-profile companies are fighting for their share of the player pool.

This situation is suitable for the players as it motivates the operators to find ways to stay relevant and attractive. One tried and tested method to do just that is offering an extensive selection of appealing games. BetMGM Casino Ontario has tackled this task exceptionally well, especially in their progressive jackpot slots department.

Players looking for opportunities to score big without putting large amounts of money on the line can choose from a few dozen progressive titles, which can generally be divided into three major categories. Please keep reading to find out what these games are and what to expect from them. 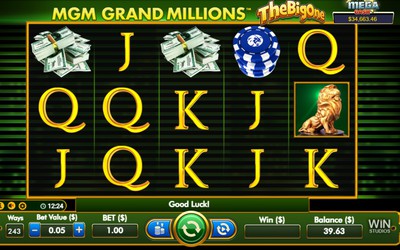 BetMGM casinos are famous for their exclusive games not available at other sites. Thanks to its in-house development studio, the operator can create a regular influx of new, brand-exclusive games, which helps them stand out from the competitors. Moreover, most of these games are in the progressive category, sharing the same prize pool.

The most popular titles from this group include:

At the moment of writing this, all jackpots are in the low six figures, and it will take some time to figure out what an average win will look like on these machines.

There are no rules to fall back on, as the nature of these games is such that any spin can trigger a jackpot, even if a player previously won it just days or even hours ago. Still, after a jackpot has been active for a while, it is usually possible to have a reasonable estimate of what players could expect in terms of top wins. 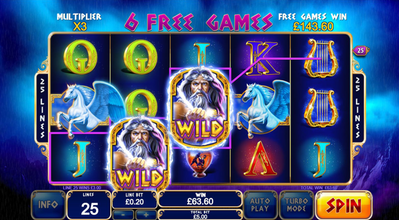 Another trendy group of jackpot machines available on the site is powered by Playtech, one of the biggest and best-known gaming studios around. More experienced casino players will certainly recognize the provider’s popular Age of the God series, which features several titles based on Greek mythology, all sharing the same jackpot:

The Age of the Gods progressive is very similar in size to the one available at exclusive BetMGM games, but it is entirely separate.

There are also a couple of titles from Playtech’s Jackpot Blitz series, namely Buffalo Blitz and Epic Ape II, for those players who prefer wildlife-themed slots over those inspired by classic myths and legends. 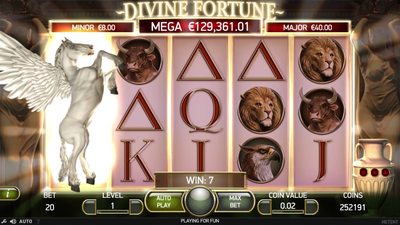 While the prospect of landing one of these major jackpots is appealing, the odds of that happening are pretty long, too. Hence, BetMGM Casino Ontario also hosts a few games with smaller progressives, which may not be as attractive, but are easier to obtain.

Games from this group are powered primarily by NetEnt. You can check out titles such as Mercy of the Gods and Divine Fortune, and you will see that the main prize is usually in the tens of thousands, mostly hovering between CAD $10,000 and CAD $30,000.

We are not saying these jackpots are easy to win because they are not, but you will have a much better shot at it than when chasing the main score at a game like MGM Grand Millions or one of the Age of the God titles.

It is almost a full year since BetMGM Casino Ontario launched in April 2022, and it is undoubtedly one of the most…

Licensed real money Ontario online casinos are still relatively new, and it is only natural that many players might…

Ever since the launch of legal online gambling in Ontario, BetMGM Casino Ontario has been one of the leading operators…

Slots or Live Dealer at Ontario Online Casinos – Which is Better?

Since real money Ontario online casinos first launched in April 2022, they have been offering cumulative thousands of…

Play These Exclusive Jackpots Only at BetMGM Casino Ontario

Players in the new online casino market in Ontario, Canada, have a lot of choices when it comes to playing onilne….