Here are our top three picks for Egypt-themed slots at BetMGM Casino. If you are into Sphinx, pyramids, and ancient mythology, you will love these games.

Modern slots feature all sorts of themes, catering to different types of players. Over the years, we have seen titles covering various topics, but ancient Egypt seems to be one that slot fans continue to be captivated by and that slot makers keep producing. There are probably hundreds of slots referencing old Egypt in one way or another, and you will find some of the best ones at BetMGM Casino.

It is hard to say what compels players to keep returning to old Egyptian games out of the hundreds of different titles available, but, whatever the reason may be, almost every Egypt-themed slot seems to do incredibly well.

With this genre’s continued popularity, it is no surprise that BetMGM Casino has quite a few of these titles in its gaming portfolio. Let’s look at the top three games from this group (at least in our humble opinion). 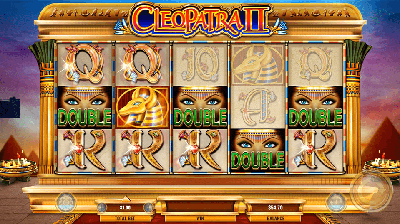 If we are talking about slots inspired by ancient Egypt, Cleopatra II is an absolute classic that every experienced casino fan will know. IGT, one of the largest slot manufacturers in the world, created the game as a sequel to the original Cleopatra title.

Symbols on the reels are relatively standard for games from this category. There are Horus and Anubis. Sphinx is the scatter, while the game’s logo is a wild symbol, helping to fill up winning combinations and doubling any wins it is involved in.

Like most slots, Cleopatra II is all about the bonus feature triggered by landing three or more Sphinx scatters. The win multiplier increases with every spin during the bonus, so the game becomes increasingly exciting with each next spin.

While Cleopatra II features graphics that are outdated by today’s standards and does not have fancy special effects, it remains one of the most popular slots out there. 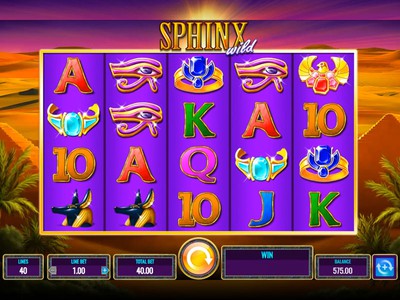 Another game from IGT, Sphinx Wild, is also a pretty popular pick at BetMGM online casino. The slot features 40 paylines and offers the chance at some pretty big wins, which is why it remains so popular.

The Sphinx Wild slot has two main features. The first is the expanding wild symbol (the Sphinx), which can land on any spin. Depending on the positions on the reels, this feature can, on its own, lead to a big win.

The second feature is, of course, the bonus, triggered by landing three or more pyramid scatters. Before the feature starts, players can choose one of three options, going for more spins with lower win multipliers or fewer spins but with a big win multiplier for the maximum volatility. 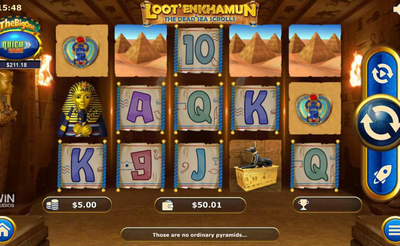 The Loot’en Khamun slot was developed by BetMGM’s in-house team of game developers, which means this game is exclusive to BetMGM Casino and its sister sites, partycasino and Borgata Casino. The main attraction of this particular slot, apart from its Egyptian theme, is the progressive jackpot that frequently ventures into high six figures.

The game features 243 ways to win and graphics that look pretty old, but that does not take anything away from the overall gaming experience. Symbols on the reels feature scarabs, pharaohs, pyramids, and sarcophaguses, as one would expect.

There are five progressive jackpots up for grabs with this game, and they are awarded randomly, which means anyone can win on any given spin. That said, those playing higher stakes get more’ entries,’ i.e., playing at higher stakes increases the chances of landing the big prize.

Ready to start spinning? Download the BetMGM Casino App and try your luck!

Competition between real money online casinos in the US is fierce nowadays, as they all desperately try to attract as…

Michigan players have access to a great variety of options for choosing between Michigan online casino apps. With…

Top Three Advantages of Deposit Bonuses at US Online Casinos

Bonuses are one of the biggest reasons players flock to US online casino apps. Unlike their land-based counterparts,...

Video poker has long been one of the most popular casino games. With the development of technology and modern slots…

Real money online casinos in PA have come a long way in the few years they have been around, with players having quite…

Modern slots feature all sorts of themes, catering to different types of players. Over the years, we have seen titles…

3 Reasons Why You Should Play at BetMGM Online Casino