Flops, Ranges, and the Luck in Duplicate Poker 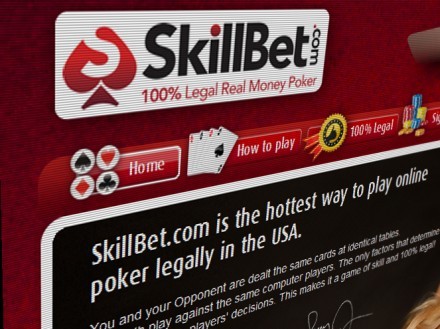 In a similar vein, Tommy Angelo’s “reciprocality,” covered on his blog and expressed in detail in his excellent book, Elements of Poker, is defined as:

Applying it specifically to playing a hand, Angelo writes:

After a hand was over, I’d trade places with my opponent. I’d give him my hole cards and my position, and I’d take his, and I’d do a reciprocal analysis. I would imagine how the play of the hand might have gone in the reversed scenario. Then I’d take the imaginary result and I’d compare it to what actually happened, and I’d get a sense of who really won the hand, in theory.

Profound as they were when first published, both suffer from an over-simplification: The assumption that players hold hands, not ranges of hands. And neither considers the probabilities of certain flops, turns and rivers. And for that same reason, there is little weight behind recent claims that duplicate poker is a “100% skill game.”

More on duplicate poker in a minute. First, a simple example: We have 4th pair on the river. We bet, our opponent calls, he shows fifth pair, and we take down the pot. Did we make money from that bet?

Under FTOP, we won with the river bet: We would play same if we could see our opponent’s hand. We also “won” in terms of Angelo’s reciprocality: Our opponent is surely unlikely to value bet so thin on the river if the hands were reversed.

But in terms of a strategy, a river value bet with weak made hands is usually a losing bet, despite the results of our example. Our opponent doesn’t have just one hand, he has a range of hands: If more of these hands are better than 4th pair, then we lose money on the bet.

It’s not just the range of opponents hands, but also flops, turns and rivers. 72o should be folded preflop, but if your opponent raises it preflop and hits a 77x flop and wins the pot, neither FTOP nor reciprocality defines the 72o raise as a mistake. If you call on the turn despite not getting the correct pot odds, you still made a mistake—even when the draw comes in on the river.

Both theorems think in terms of hand versus hand, and of static flops. Both collapse the ambiguity of our range and villain’s range. And it’s this ambiguity—the incomplete information—that gives rise to the great strategic depth of poker, which gives us G-Bucks, Game Theory, polarized ranges, range merging.

Which brings us back to Duplicate Poker, and more specifically SkillBet.com, a new site that has seen widespread reporting as a “100% skill game” in the poker media since it was covered in the Denver Post earlier this week.

According to the SkillBet.com website, this removes the “luck of the draw,” stating “... the only factor determining who wins are the decision of the two players—and therefore, it is unquestionably a game of skill.” It cites legal opinions of five lawyers who all agree that the site is “100% legal” in 28 states in the US.

I won’t comment on the legality of SkillBet.com and its classification as a skill game in the United States. Many argue that regular poker is already a “skill game.” Duplicate Poker does remove one aspect of the short-term luck, and it has been enough to convince PayPal—an accepted payment processor on the SkillBet.com—of its legal standing.

But what is self-evident is that there is still luck in duplicate poker, for the same reasons that Sklanksy and Angelo’s theories over-simplify poker. You correctly fold 72o preflop, but your opponent on the other table raises his. He hits the flop, wins a big pot and you lose: was this skill? Only if we accept that prescience—predicting what the flop would be—can be considered a real ability. Otherwise, it was short-term luck—and playing 72o is not a profitable play in the long term.

This is not a criticism of the SkillBet.com site, which looks very polished. Its execution is unique: The Facebook “challenges,” which can be completed at any time, are appealing, and the idea that you are playing against bots at the table (but humans on the duplicate tables) is a very inventive solution to the collusion issues with the format.

We can let the lawyers decide whether this can be considered a skill game under the laws of 28 states. Perhaps “the only factor determining who wins are the decision of the two players” is true in a legal sense, but in practice, the opponents hands and flops are still unknown information and introduce significant luck in individual hands.

BetMGM Poker has unveiled its first online poker festival of 2022 — The Double Trouble Series. Events kick off on…

Rising online poker site GGPoker has reached yet another milestone, further cementing its status as one of the leading…

For more than a decade, there was only one name at the top of the list of premier global online poker operators, and…

DraftKings is one of the biggest names in the US sports betting market. As such, it came as no surprise to see DraftKings…

All New York Sports Fans will surely know by now that legal sports betting went live in NY over the weekend. What they…

GGPoker Offers Another $10 Million in Monthly Promotions this Month