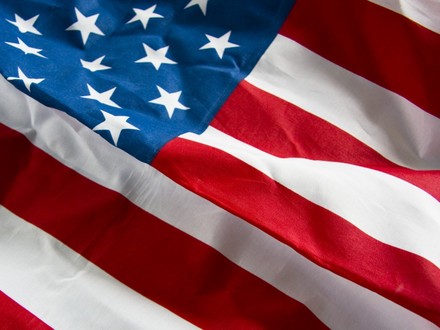 Election Day could have been a good day or a bad day, depending on where you stand, but if you are an American looking to play online poker in the near future, things could not have turned out better on November 6.

Setting the “big” politics aside, it has been the opinion of many that in order for the Reid/Kyl federal online poker bill to have any legitimate shot during the post-election “lame duck” session, three things needed to occur:

Luckily for poker players, America went 3 for 3. President Obama won the electoral election with 332 votes to Mitt Romney’s 206; the Senate gained three seats and widened its majority to 55-45 over the Republicans; and Dean Heller, a Republican, squeaked past his opponent Shelley Berkley by less than 15,000 votes to win in Nevada.

So how do a Democratic president, a Republican Senator, and a Democratic majority all happening work out for online poker? It does seem like a paradox, but the key for this lame duck to work is to keep things the same.

In the grand scheme of things, online poker is not a big issue in Washington. This is no secret to anybody. Its legislative lifeline hinges on the bigger issues being dealt within Congress first.

In order for a low level issue like online poker to become any sort of law, it must be attached to some broad, extensive bill. Tax cuts, appropriations, defense bills, all of these make for big items that Congress typically puts off until after an election. A congress that sees a lot of change often puts off these issues until the new president or majority gets into office, rendering the lame duck session about useless.

Luckily for us however, this did not happen and many “big ticket” items will be worked on during the lame duck. This bodes well for a prospective Reid/Kyl poker bill finding its way onto larger legislation via attachment.

And Senator Heller you ask? Where does he fit in? He is a representative of Nevada’s interest in getting online poker regulated federally. Couple that with the fact that he is a Republican and he becomes a valuable commodity for poker playing advocates in this process. Many feel that without his reelection, any chance at getting stubborn Republicans to look the other way on a poker bill attachment would be gone.

Earlier this year Senator Harry Reid asked Heller to secure 10-15 votes for the poker bill, saying it’s all he would need to get his done. The news that several Republicans will become “lame duck” Senators after this election means that they have no pressures to appease their anti-gambling constituencies by blocking a federal online poker bill. This can only work to Heller’s favor and our chances.

We can debate about what these three things mean for online poker in the next session of Congress starting in January, but for the next eight weeks this is the best thing that could have happened in this election.

Harry Reid Jon Kyl Nevada United States
Zack Tracy is a graduate student and former professional poker player invested in fighting for poker rights. He frequently posts on the twoplustwo forums under 'sluggger5x’ and can also be followed on twitter at @sluggger5x.
Article published on November 07, 2012.
pokerfu.se/h6n7

BetMGM Poker has unveiled its first online poker festival of 2022 — The Double Trouble Series. Events kick off on…

Rising online poker site GGPoker has reached yet another milestone, further cementing its status as one of the leading…

For more than a decade, there was only one name at the top of the list of premier global online poker operators, and…

DraftKings is one of the biggest names in the US sports betting market. As such, it came as no surprise to see DraftKings…

All New York Sports Fans will surely know by now that legal sports betting went live in NY over the weekend. What they…

GGPoker Offers Another $10 Million in Monthly Promotions this Month