888poker debuted a new mystery bounty format on Sep 25 as part of a super-successful Sunday schedule.

The newest craze in the poker world is the Mystery Bounty format, where bounty payouts are randomized, with some special massive bounties in play for each event. The new format has been getting a lot of attention both live and online, and 888poker is the latest operator to roll it out on its platform.

888poker introduced a mystery bounty format as part of its most recent Sunday schedule. The new game hit the client in the week leading up to Sep 25, and at least one ambassador with the brand was excited from the start.

This appeared in the lobby last night and FUCK YES!!

Not only are we hosting our first online Mystery Bounty, but… https://t.co/0hN27pBoPe— Ian Simpson (@IanSimpsonPoker) September 21, 2022

As the final numbers proved, Simpson was not the only player excited about the new format. The game was a slightly rejigged version of the $109 Main Event, keeping the buy-in and $100k guarantee intact while adding the random bounty element to the mix.

Calling the inaugural game a success would be an understatement. When the dust settled on the registration, initially, the prize pool was over 88% bigger than promised with a total field size of 1,900 entries.

The inaugural running of the Mystery Bounty event on 888poker was a massive success, but it was also the headline event for an action-packed Sunday that saw several games go big. Besides the Mystery Bounty that accumulated a total prize pool of $188,700, one other game nearly doubled its guarantee, with several other tournaments above the guarantee as well.

There were 1,430 unique players in the game for the first-ever running of the mystery bounty format on 888poker. Those players were all eager to stay in for the bounties as they combined for 457 rebuys while the desk was open. 240 players got paid a share of the $180,700 payouts, but the mystery bounties were the big story of the event.

One of the other big games on the Sunday schedule was the $1050 $40K GTD Big Shot. Like the mystery bounty game, the $1,050 tournament blew its guarantee away with nearly double the money in the prize pool. 46 players combined for 27 re-entries to build a prize pool of $73,000. 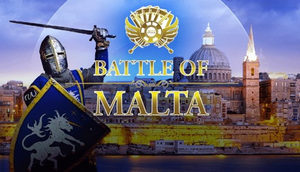 While the excitement continues on the virtual felt 24/7, 888poker is also hitting the live felt shortly for the Battle of Malta (BoM). From Oct 5 through Oct 12, players will battle live in the Mediterranean island nation of Malta.

There will be a live Mystery Bounty game during the BoM and a substantial Main Event. The €1,000,000 Guaranteed Main Event has Day 1 flights running from Oct 5, with the streamed final table scheduled for Oct 12.

In addition, the Mystery Siege of Malta will feature a live mystery bounty format with a buy-in of €210+€400+€40. Starting flights for the Mystery Siege get going on Oct 6, and there will also be a special €200 888 Made To Play game on Oct 9 for smaller bankroll players.

Satellites to the Main Event are still running on 888poker, and players can get into the $109 qualifier for as little as a single penny through the online satellite tree.

888poker continues to expand its team of poker ambassadors with the addition of Lucia Navarro, an up-and-coming…

The Mystery Bounty Edition of the KO Games is running now on 888poker, and there is more than $2 million guaranteed…

888poker Takes It to Discord for Strategy and Community

Community engagement is vital for a modern online poker operator. Now, more and more rooms are engaging with their…

888poker is celebrating its 20th birthday this year, and eGaming Review (EGR) gave an unexpected present to the operator.

The latest craze in poker — the Mystery Bounty format — is becoming ubiquitous. And it has already made its…

888poker Does Christmas in Czech Republic