Dan Shak, Phil Hellmuth, Vanessa Selbst, and other poker dignitaries go “All In” for Kids.

The game of poker shined bright last night as it, and some of those who support it, took center stage in a fantastic event put together to support a great cause. 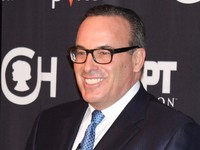 Co-founded by well-known hedge fund manager and professional high roller Dan Shak and sponsored this year by PartyPoker, the tournament sought to raise funds for the Children’s Hospital of Philadelphia's (CHOP) Pediatric Palliative Care program. The program, one of the most highly regarded in the United States, helps children with devastating, life-threatening illnesses or injuries and their families.

The evening started early as guests and players began to arrive just after the sun went down. Co-announcers of the World Poker Tour, Poker Hall Of Fame member Mike Sexton and his broadcast partner Vince Van Patten enjoyed a beverage while overlooking the Manhattan skyline and shaking hands with fans and patrons. 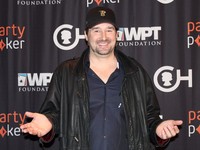 Not much later, the 13-time World Series of Poker bracelet winner Phil Hellmuth arrived. “The Poker Brat” was here for his sixth time as the master of ceremonies and Hellmuth played the part of gracious host early and often.

Hellmuth wasn’t the only bracelet winner in the ballroom either, as both Vanessa Selbst—who Hellmuth called “possibly the best No-Limit Tournament player on the planet – man or woman”—and World Poker Tour champion Andy Frankenberger came out to lend their support.

After a short video showing how CHOP positively affects the lives of families and words from both Steven M. Altschuler, the president and CEO of CHOP, as well as Tammy Kang, the director of the Pediatric Palliative Care department at CHOP, a gracious Dan Shak was recognized onstage for his continued support of the program.

Before the cards were to be dealt there was one more point of order: Hellmuth grabbed the mic, pulled Vanessa Selbst onstage and the pair performed the lion’s share of Jay-Z’s hit “99 Problems.” The improv-trained Selbst didn’t miss a beat and helped hype the crowd who then settled in for a night of bad beats for a good cause.

Hellmuth then stalked the room, mic in hand, commenting on the fast and furious on-the-felt action while chatting it up with the likes of New York Giants rookie Justin Pugh, Philadelphia Eagles receiver Jeremy Macklin as well as five-time Eagles Pro Bowler Mike Quick.

As play took place, scores of great sports and rock memorabilia was up for bid by way of silent auction. Sexton and Van Patten even played the part of auctioneers as the pair pulled on the hearts and wallets of the benefactors with a live auction of experiences including a World Poker Tour Borgata package. 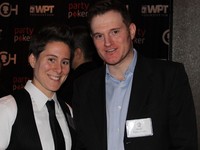 As the evening wore on, the play at the tables turned into serious fun and Dan Shak once again found himself at the final table. In the end, the celebrated Shak has all the chip in front of him when the tournament ended. While Dan won the tournament last night, the real winners of the evening were the children and families supported by CHOP, as the WPT Foundation helped raise $725,000 by the end of the event.