The long wait by poker enthusiasts living in the US state of Pennsylvania is finally over.

The Stars Group flagship online poker room, PokerStars, has opened its doors to PA online poker players becoming the first and only operator to offer online poker to players in the state.

“We know Pennsylvania has been waiting for this. We’ve heard it on social media and in the forums, we’ve seen it in the news. We’re very proud to be able to offer all three forms of regulated gaming with PokerStars, PokerStars Casino and FOX Bet, and prouder still to be the first poker operator in PA,” a PokerStars rep told pokerfuse about its Pennsylvania launch. “It’s a great honour and we intend to make it count.”

To bring its online poker offerings to Pennsylvania, PokerStars in the US partnered with land-based casino partner Mount Airy Casino. The duo was approved last year in late November.

Shortly after 2 PM ET on Monday, November 4, PokerStars PA went live publicly with a soft launch presumably after receiving the nod from the Pennsylvania Gaming Control Board (PGCB) on a scheduled meeting on October 30. PokerStars Casino was also part of the launch.

The soft launch testing period is expected to last two days during which players will have limited access to the games. On Monday, PokerStars PA will only be available from 2 PM to 10 PM. On Tuesday, the site will be active from 2 PM to 12 AM. If all goes well, a full launch is expected to take place on Wednesday November 6.

“We’re excited to launch PokerStars as the first and currently the only online poker option available to players in Pennsylvania,” said Matt Primeaux, President, FOX Bet in a press release issued on Monday.

“Including today’s launch of our highly rated casino product, which is now available in the FOX Bet and PokerStars apps, we’re proud to say we’re currently the only online provider offering all three forms of regulated gaming in the Commonwealth of Pennsylvania,” Primeaux continued.

To mark its entry to the new US market, PokerStars is offering two welcome bonuses to players:

Additionally, the room also has celebratory freerolls planned for players.

“But that’s just to get things started,” according to PokerStars.“Watch this space for live and online tournament updates, and for a complete online gaming experience unique to Pennsylvania.”

Download links are expected to be available ahead of the testing period which takes place today at approximately 2 PM local time. 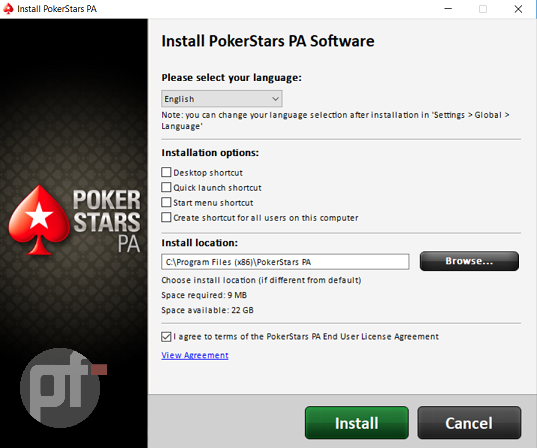 As previously revealed, game offerings at PokerStars PA are similar to what is on offer at PokerStars New Jersey except for the Spin & Go games which are not yet part of the initial offerings.

Dozens of No Limit Hold’em and Omaha cash tables have been deployed starting at $0.01/$0.02 with a few of them running.

SNGs are currently spread at both 6-max and heads-up tables with buy-ins ranging from $1 to $500. A wide variety of tournaments have been scheduled to run every hour including a bunch of timed formats, progressive knockouts, hypers and turbos. None of these MTTs have guarantees attached to them, though they are expected to be added later once the site becomes fully operational. 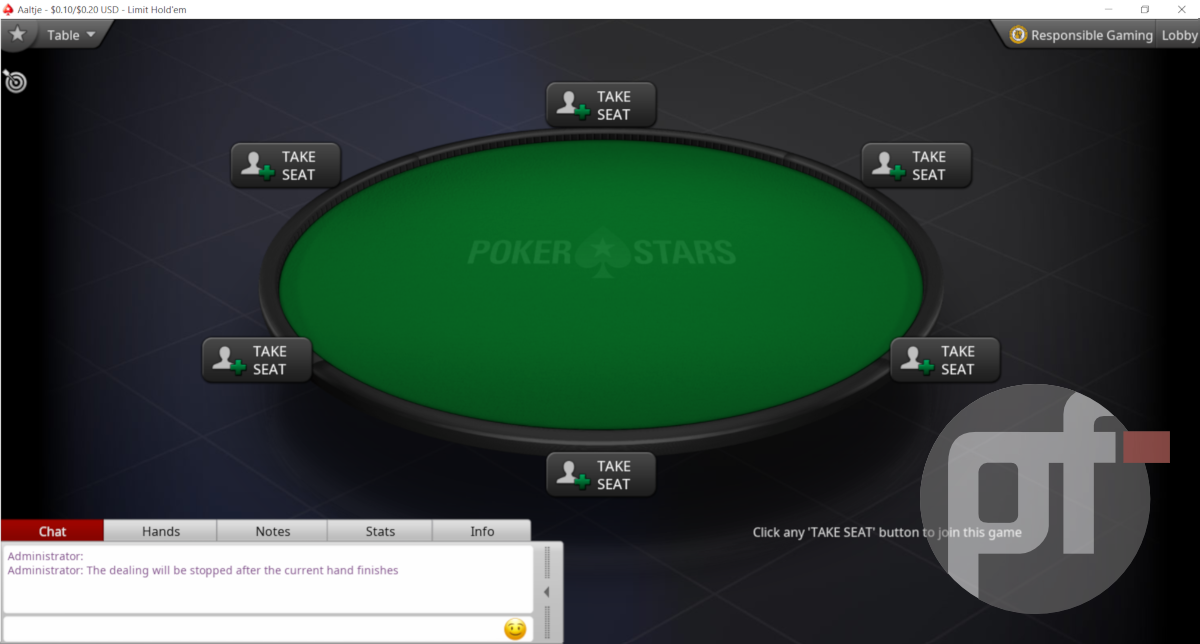 Like in other markets, PokerStars adds extra value to its poker tables, casino games and sportsbook through its loyalty program, Stars Rewards.

“When you add FOX Bet, which went live in PA in September, this means players will now be rewarded for all their play across every one of our products. Rewards are totally personalised based on how players spend their time with us, which is a first for the industry and for Pennsylvania.”

Though Pennsylvania and New Jersey are neighboring states, the PokerStars offerings in each jurisdiction will not be the same.

As previously reported by pokerfuse, PokerStars PA is likely to offer bigger tournament guarantees than PokerStars NJ and with smaller buy-ins.

However, not all of the differences have been set in stone.

“Each state has its own character and we’ve learned a lot already from operating in New Jersey. So, our priority will be to listen closely to players, see how they respond, and tweak our offering accordingly,” a PokerStars rep told pokerfuse.

“Over time, especially when you combine casino and FOX Bet, Pennsylvania will have something entirely its own. We also have a lot more to come on Pennsylvania’s own online and live tournament series schedules,” the rep continued.

No. Regulated online poker will be ring-fenced at first, and PA players will only be able to play against those located within the state.

Currently, online shared liquidity in the US is allowed only between those states that have joined the Multi-State Internet Gaming Agreement (MSIGA). As of now, only three states (Delaware, Nevada and New Jersey) have joined the agreement.

Pennsylvania has yet to join the MSIGA agreement.

The launch in Pennsylvania is historic for PokerStars as it is the only second US state where it offers online poker. It set its footprint in the US by launching online poker in New Jersey in 2016 after partnering with local land-based casino Resorts. The operator did not take too long to become the leader despite entering the market two years late.

It led the market for at least two years until WSOP/888 snatched that pole position following the advent of shared liquidity between three US states—New Jersey, Nevada and Delaware.

WSOP/888 network had a presence in each of these three states thus allowing the network operating under the All American Poker Network (AAPN) to grow and become the leading operator in the US regulated online poker market.

The newly launched Pennsylvania market has a population of nearly 13 million which is equivalent to the combined population of New Jersey, Nevada and Delaware.

While Pennsylvania has not yet joined the Multi-State Internet Gaming Agreement (MSIGA) that allows shared liquidity between the three states, the Keystone State is eventually expected to join the agreement in the future.

Once that happens, PokerStars will be able to merge its New Jersey pool with Pennsylvania to create the second interstate online poker network in the country after WSOP/888.

“Finally, PokerStars is available in my hometown and I couldn’t be more thrilled,” said Pennsylvanian and PokerStars Ambassador, Jennifer Shahade. “Players in Pennsylvania have been looking forward to this day, and I can’t wait to be a part of all the action. Hope to see many of you on the tables!”