“Diamonds” can be used for fun side activities at the table, but the new social currency can also be used to Rabbit Hunt.

Players can accumulate Diamonds by just doing the things they normally do during the course of playing on the app, and they can spend them to elevate their playing experience.

How to Earn Diamonds

Currently, players can earn Diamonds simply by playing hands in the new mobile client, but party plans on introducing more ways for players to earn its new social currency. In what players might recognize as “missions,” party intends to award Diamonds when players achieve certain goals.

Expect to see Diamonds distributed when players perform simple acts such as flopping top pair or getting dealt suited connectors a certain number of times. However, expect the operator to be careful about the types of missions it establishes to earn Diamonds, as it will not want to encourage behavior that runs afoul of responsible gaming measures.

How to Spend Diamonds

Players can use the Diamonds they earn to add some fun to their poker playing experience including throwing items at their opponents. Each item will cost 1 Diamond and the toss will have cool new animations and sound effects. To throw something at another player, simply select their avatar and a list of potential items you can throw will appear. 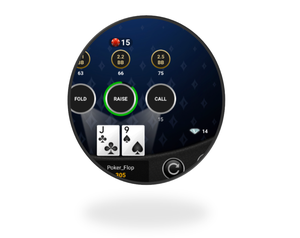 Another way to spend your Diamonds is to use another new feature of the upgraded mobile client—Rabbit. More commonly known as “rabbit hunting,” Rabbit allows players to peek at the remaining cards that were not dealt in the hand. The cost to Rabbit will depend on how far the hand has played out, with rabbiting the River card costing 1 Diamond while seeing the remaining cards at the flop is scheduled to cost 3 Diamonds.

Just like with earning Diamonds, for now, players can only spend them while using the new mobile client.

“The new lobby and portrait table for SPINS with new and exciting features, such as the ability to throw things at opponents and view rabbit cards, aims to provide our customers with a more fun and engaging playing experience,” said Head of Product at partypoker, Ross McQuater in the press release announcing the new milestone. “This is just one of many updates that will be delivered in the coming months as we overhaul our mobile proposition,” McQuater continued.

Beyond introducing a social currency that can be used to throw items at your opponents or look at the next cards that would have been dealt if the hand continued, party is demonstrating its commitment to improving the mobile experience for its customers with other fun interactive features. 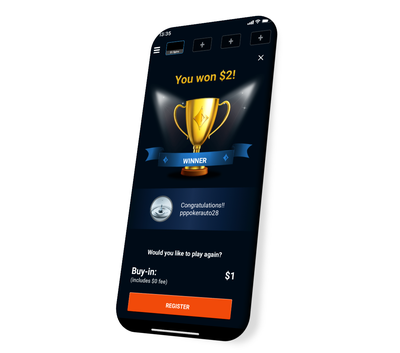 The new mobile client features a new chat mechanism that allows players to choose from a set of predefined messages. There is also a collection of emojis that can be sent to other players at the table.

There have also been improvements made to the in-game dialogues. One example is a new congratulatory image that depicts a tournament winner’s avatar alongside a big shinny trophy.

“This app changes the poker experience for the user in a big way,” said Jeff Gross, partypoker Team Online member. “Mobile poker tech has been archaic & this makes you really say WOW when you play it. Refreshing & fun, the biggest shake up in poker I have seen in a long time!”

May is a big month for online poker in New Jersey, with new promotions from two of the major operators in the state….

There are new options for online poker in PA starting today, as BetMGM PA and Borgata PA both launch their poker rooms…

For the first time in more than two years, cash game traffic on 888poker has moved ahead of partypoker. July 2018 was…

The Wire Act and Online Poker: Where We Are and Where We’re Going

The partypoker US Network will host the next edition of their Online Series from March 21 to 28. Players based in New…

BetMGM NJ Poker is the online poker branch of Roar Digital, a company that was created as a joint venture of BetMGM…