This is the largest ever update to the mobile app, transforming the player experience.

888poker has unveiled the biggest update to its android mobile app, completely transforming the player and user experience. 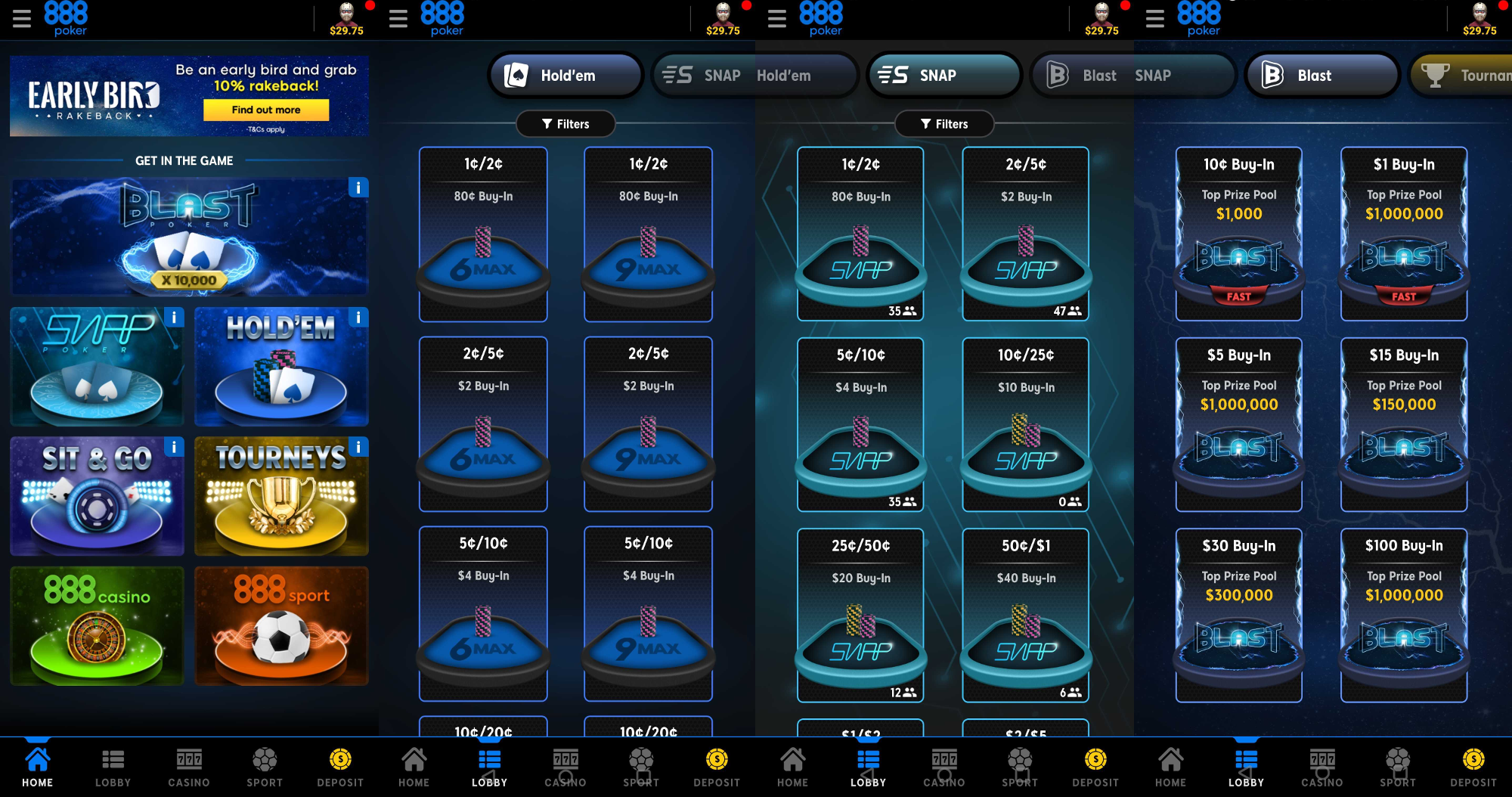 The app has been redesigned with the lobby now presented in portrait view. The side-swiping interface is a thing of the past and games are now presented in a grid format, which players can vertically scroll through.

In addition, players can now pick from pre-defined stake ranges and head straight into a game rather than having to use sliders to set their game type and stake range.

Players can also now scroll through upcoming tournaments with filters to refine searches – which has created a streamlined user experience.

The lobby is now exclusively in a portrait layout. Text chat has been dropped and it has been replaced with an emoji-based chat system where players can throw virtual objects at each other.

Players can now also play up to four tables at once, something that previously was not supported via the mobile app. Buttons along the top allow players to switch between tables, and they show a preview of the hole cards dealt, and an alert icon when action is on them.

Players can download the new app on the 888poker site or via the Google Play Store.
However, at the time of writing, players from the UK going to the Play Store will be prompted to install the older app, although the new-update is expected to be rolled out very soon.

888poker has still yet to confirm that the roll out will also extend to the iOS app for iPhones – so players should watch this space for further updates.

In addition, only Hold’em games are currently supported on the new mobile client. Players that want to play PLO games will have to go to the desktop version of the 888poker client.

Overhauled 888 Mobile App At A Glance

The #MillionsSuperstorm boasts a whopping 480 events – the biggest EVER on 888poker!⛅☂️⚡

888poker has reveled plans that it will be running its largest ever online tournament series in September with the creation of Millions Superstorm.

$8 million is guaranteed across over 480 tournaments that kick off on September 10.

888poker has created this tournament to cater for all types of players, whether they are looking for high or low stakes events. Buy-ins start at $5.50 and top out at $530.

The $1 million guaranteed Main Event will have a $320 buy-in.

Fifteen tournaments will run every day. Thirteen of these will replicate the daily tournament schedule with the Monsoon, BIG Fish, Mega Deep and PKO events all with boosted guarantees.

Good To Know: Millions Superstorm At a Glance