888poker’s live festival schedule for 2022 continues as the operator heads to the 4-Star Marriott Sheraton Bucharest Hotel for its latest stop.

888poker returned to the live festival circuit with a bang in 2022 after more than a year’s hiatus, thanks to the COVID-19 pandemic. With a couple of stops in London and another in Barcelona already under its belt in 2022, the operator is heading to Romania for its next stop.

After more than a year away from the live tournament circuit, operators are returning to the live poker scene in full force in 2022, and 888poker is no exception. With multiple stops in London, and another in Barcelona already completed, the next stop for the 888poker festival train is in Bucharest, Romania.

Kicking off on June 20 with a €230 Opening Event, the 888poker LIVE Bucharest Festival runs for seven days until June 26 and concludes with Event #12: Deepstack Day as well as the final day for the €888 Main Event. The Main Event runs three starting days beginning on June 22 with Day 1a, Day 2 on June 24, and Day 3 on June 25.

There are 13 events in total across the week-long live poker extravaganza. Players can get into events for as little as €115 (open events), and the largest buy-in comes in the €1,400 High Roller event starting June 24. 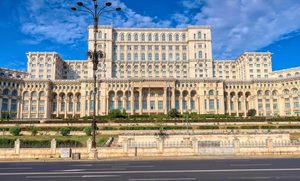 With settlement history dating back to antiquity, Bucharest has been a prominent city in Eastern Europe since the 15th century when it became the home base of Voivode of Wallachia, Vlad III the Impaler, and, later, the seat of power for the Wallachian court. That rich history provides an exciting and interesting backdrop for traveling players attending the latest 888poker LIVE stop.

While there will be plenty of on-felt action to keep players entertained through the week-long series, Bucharest also offers a lot for players to do in their downtime. Among the must-see attractions is the Palace of Parliament, billed as the heaviest building in the world, weighing in at 4.10 million tons, and the Arcul de Triumf, modeled after the iconic Arc de Triomphe in Paris.

While Bucharest offers exciting possibilities off the felt, players will be there for the poker action inside the luxurious 4-Star Marriott Sheraton Bucharest Hotel. There will be plenty of action over the week to keep them busy.

With 13 events planned over the seven days, players may not even get the chance to take a day off to explore the sites. Numerous satellites and side events are running each day, so even for players who bust from the big event on a given day, there will likely still be some exciting poker action.

Among the side event highlights is the Ladies’ Event on June 23. At €45, it is the cheapest game on the schedule and should provide an excellent forum for new female players who are cautious about the culture and the cost of live poker.

For open side events, the €230 multi-day Opening Event looks to be a great kickoff for the festival, while June 23 also features a PLO game for €230. Live satellites for the Main Event and High Roller games kick off on June 20, so there will be many chances for players to play their way into the more prominent events once they arrive in Bucharest.

Win Tickets Before You Go

While there will be live satellites to play once players arrive in Bucharest, 888poker offers players the chance to play their way into the games before they even get to Romania. Satellite games online start at just 1c, and players can win seats to the Opening Event or a $1,900 Main Event package for cheap.

The 1c satellites play into two big qualifier games for each event. There is a $22 Qualifier for tickets to the Opening Event, while the main qualifier for the Main Event package costs $215, and players can buy directly into those games to avoid the satellite steps.

The Main Event package gives players $1,900 in value, including entry into the 888poker LIVE Bucharest Festival Main Event. The complete package details are:

Satellites are now running online at 888poker, and there is still plenty of time for players to get into the big games before the 888poker LIVE Bucharest Festival kicks off next week on June 20.

Once again, 888poker is reducing the price of its biggest Sunday tournaments by 50%, with the Sunday Sale promotion…

888poker returned to the live festival circuit with a bang in 2022 after more than a year’s hiatus, thanks to the…

888: “We Want To Be One of The World’s Leading Online Betting & Gaming Companies”

888poker 's most recent tournament series has come to an end. The XL Spring Series, which ran from May 22 to June 7,...