Since the regulated real money Ontario online gambling market first opened on April 4, many fully licensed and legal online casinos have launched, giving the local casino aficionados plenty of options to choose from.

Like any casino fan knows, slots are where it’s at. From movie-themed slots to progressive jackpots, casinos all over boast plenty of great titles to choose from. However, lately, a particular group of slots has stolen the spotlight, offering a more exciting experience and bigger potential wins than their predecessors. Of course, we are talking about Megaways Slots, which are certainly well-represented at online casinos across Ontario.

Instead of traditional paylines, these games offer win ways, with symbols paying from left to right as long as they are on adjacent reels, regardless of individual positions. With some of these games featuring six or more reels and seven, eight, or even more positions per reel, Megaways slots take the gaming experience to a whole new level.

There are dozens of titles in this category available at various Ontario casinos, but these are our top three picks that we think you should try your luck on first. 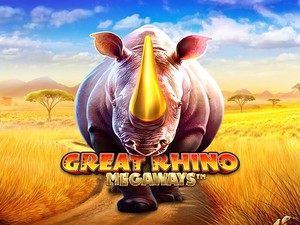 Developed by Pragmatic Play, Great Rhino Megaways is an exciting slot that takes the players on an exciting safari adventure filled with all sorts of wild animals, such as cheetahs, alligators, gorillas, and, of course, rhinos.

The game features six reels and up to 200,704 ways to win on any individual spin. The rhino symbol is wild, substituting for other symbols to create winning combinations.

Although some big wins are available in the base game, the bonus feature makes Great Rhino Megaways such an exciting game. The bonus starts with a win multiplier of up to 10x, increasing with every new win. The maximum payout for this slot is 20,000 times the bet, so it is easy to see why it enjoys such great popularity with the players. 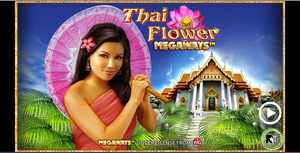 Thai Flower is one of the most popular slots that more seasoned players are familiar with. Thanks to its popularity, Blueprint Gaming, the game’s original creator, decided to make a sequel with a few twists and turns.

The most significant difference from the original slot is the game mechanic itself. Instead of just 10 paylines, Thai Flower Megaways features up to 15,625 ways to win. The maximum payout is stunning, too, as it stands at 50,000x the base bet.

The game kept all the original symbols, including the Thai Lady and the Thai Flower, which act like a scatter and help trigger the bonus feature.

At the start of the bonus, players pick three flowers to reveal three symbols. Only these three symbols are active on the reels during bonus spins, which significantly increases the possibility of lining up the winning combinations.

Thai Flower Megaways is available at several Ontario online casinos, including BetMGM Casino Ontario, which might be your best pick if you want to try this slot. 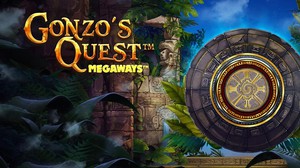 The original Gonzo’s Quest slot has been one of the most popular games out of NetEnt’s workshop for many years. Thus, it was no surprise to see the developer create a sequel, bringing the titular hero back to life in the Megaways version of the game.

Gonzo’s Quest Megaways brings the familiar atmosphere of the original game, with different masks serving as higher-paying symbols. However, graphics are much sharper, and animations bring the gaming experience to a new level.

The game features up to 117,649 ways to win and the Avalanche mechanic, where winning symbols are removed from the reels, allowing new ones to drop in. The win multiplier increases to 5x with each successive win in the base game, while it can go up to 15x in the bonus feature. The maximum win potential of _Gonzo’s Quest Megaways is 20,000x the base stake.

Of course, if none of these three games capture your imagination, you can find many more at Ontario online casinos like BetMGM or BetRivers Casino Ontario. They are also usually available in the demo mode, so you can try them out for free before risking any money! Learn more in our complete guide to the Best Online Casinos in Ontario

Top 3 New Slots to Check Out at PokerStars Casino Ontario

PokerStars Casino Ontario is one of the leaders of the newly regulated market in Canada’s most populous province. Owned…

With BetSafe License, an iPoker Ontario Online Poker Network Could Be One Step Closer

The seventh real money Ontario online poker room might just be looming on the horizon. Playtech may have another…

Since April 2022, Ontario has had a regulated online gambling market open to private companies. With this move, the…

The Most Popular Live Dealer Games at BetMGM Casino Ontario