The failure of Purple Lounge will do yet more damage to the perception of online gaming in the eyes of the public. Shareholders, the media and regulators both offshore and in the London Stock Exchange must demand that Media Corp satisfactorily and promptly resolves the issue. 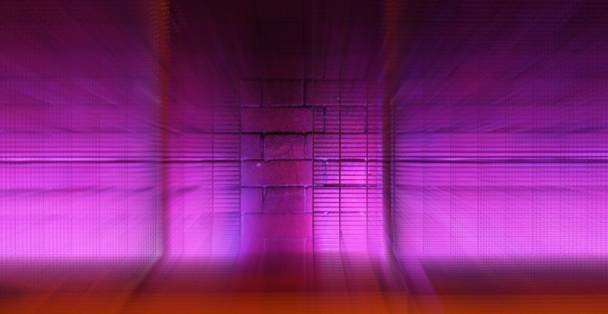 When a highly recognizable online gaming brand—owned by a publicly listed, UK-regulated, London-officed media corporation—goes offline, tells their customers nothing about their deposits, and refuses to talk to the media, it speaks volumes: “Media Corp must immediately announce that player funds are secure and enable players to withdraw these funds.” Not just about the valueless rubber stamps of offshore gaming regulators, but about the false sense of protection a customer has dealing with a publicly-traded company.

Who would have thought Media Corporation plc, a FTSE AIM listed company, could now be dodging media questions and stalling on all their player deposits?

Yet a close examination of their public reports show a company in dire financial distress, casting doubts over whether player deposits in Purple Lounge still exist in the segregated bank accounts that their regulator supposedly required.

A Month of Questions and No Answers

Four weeks ago today, Purple Lounge closed its casino and poker room, with no warning and scant explanation. In a trading update, owner Media Corp stated only that the room was “temporarily suspended” as a result of “recent losses” and that various options were being considered.

Four weeks on and there has been no further information and little communication with players beyond terse “wait and see” statements. “If Media Corp has any hope of continuing in the gaming business with Purple Lounge or any other brand, the new directors must step up and show the integrity that this industry demands.” Pokerfuse has received no reply from Media Corp after repeated requests for comment.

Meanwhile, the Board of Directors have said goodbye to Executive Chairman Justin Drummond and CEO Sara Vincent. Vincent was promoted from her role as CEO of Purple Lounge but has only lasted ten weeks in her new job.

New management has taken their place following the acquisition of online betting company Intabet but the new execs have done nothing yet to reassure players. Their operating license under the Maltese LGA has been quietly terminated, raising fresh doubts as to the security of player deposits.

If Media Corp has any hope of continuing in the gaming business with Purple Lounge or any other brand, the new directors must step up and show the integrity that this industry demands.

Customers, shareholders and online gaming media demand a full resolution to the outstanding issue. If this issue is not resolved promptly to the satisfaction of depositors, it will jeopardize existing future online gaming applications in the eyes of regulators and thus the ability for Media Corp to conduct further business.

Purple Lounge left the Microgaming Network in January and joined IGT (Entraction), which is regulated in Malta by the Lotteries and Gaming Authority (LGA). Section 8, Paragraph 40 of their regulations states explicitly that player deposits must be maintained in segregated accounts:

“40. (1) A licensee shall keep players’ funds separately from the licensee’s own funds in a Clients’ account held with a credit institution approved by the Authority.”

But, according to the LGA website, both licences held by Purple Lounge have been terminated. It is not clear exactly when this happened as no announcement was made by the Gaming Authority. It may have coincided with the site going offline.

Now that the site is unregulated (pokerfuse has been unable to discover any other record of a gaming licence held in any other jurisdiction), the LGA regulations no longer apply and there is no requirement for Purple Lounge/Media Corp to maintain any segregation of player funds. Even while it was under the regulatory eyes of the Maltese gambling authority, history has shown that the LGA—four-time winner of Casinomeister’s “sitting on one’s own hands” award—does little to enforce its own rules.

And the company is running out of cash.

Purple Scrounge: Do they have the money?

Half year results have just been published showing that the company has barely £500k left in cash. Operating costs are being covered by a secured loan from Barclay’s Bank for £750k at an interest rate of 10% over the bank’s base lending rate.

The figures show an operating loss of £1.3m over the last 6 months. The company sold two web sites earlier this year, and has reported an exceptional gain of £265k. This takes the effective operating loss to £1.6m.

This is a company which is losing £264k a month with only £500k in the bank plus a £750k loan. It will run out of money in well under 6 months unless it can reduce costs immediately and/or raise new investment. An analysis of its portfolio of brands shows that there is little hope of it earning enough cash to cover this rate of losses.

If Media Corp does go busto, it has some assets. The half year results show total assets of £4.5m and total liabilities of £2.7m. In accounting terms, the company has a net asset value of £1.8m.

However, £2.9m of the assets are listed as “Intangibles”—They consist of items such as “goodwill” and the value of the Purple Lounge brand and intellectual property such as copyrights. Poker players will probably put a lower value on the Purple Lounge intangibles than the accountants do. If the intangible assets are removed from the accounts, Media Corp has assets of £1.6m and liabilities of £1.8m.

Having watched the share price collapse by 85% in the last 15 months shareholders are, if anything, more angry than poker players about this debacle. “It is unacceptable for a company to close down its poker site without notice and provide no access to players to withdraw their funds. It is even less acceptable for the site’s owners to leave players in doubt as to whether their funds are safe.”

Welcome to the New Management

Media Corp recently announced that it has bought an online betting company called Intabet and paid for it in newly issued shares. Intabet has no revenues and no gaming licence but hopes to have both by the autumn.

Intabet’s senior management have replaced Media Corp’s Chairman and CEO, namely new Chairman Phil Jackson and trim Interim CEO, Adam Fraser-Harris. Their first act should have been to announce that Purple Lounge player funds were safe and that players could withdraw their money. This hasn’t happened. They have started badly, they need to improve quickly.

Last year, recently-ejected Justin Drummond’s pay rose from £183k to £215k while the share price halved and the company lost millions. This stellar performance also secured him a £52k bonus. Media Corp has not announced the details of the new Director’s salaries.

Media Corp must immediately announce that player funds are secure and enable players to withdraw these funds.

It is unacceptable for a company to close down its poker site without notice and provide no access to players to withdraw their funds. It is even less acceptable for the site’s owners to leave players in doubt as to whether their funds are safe. Any company which does this should not be permitted a gaming licence.

Purple Lounge
Jocelyn Wood, Editor Joss is a graduate in English from the University of Birmingham and has a Master’s Degree in Organisational Development from the University of Manchester. His career path has taken him from the British Army, through business & finance to seven years as a successful professional poker player. His experience of the European Union, law, accounting, finance, regulation and online poker provide the basis for his insights in the PRO specialist categories of Industry and Law & Regulation. As CEO he steered his own company through full Financial Services Authority regulation, and was asked by Morgan Stanley to take their UK mortgage business through the same process. Although British, he lives in Arequipa, Peru, set high in the mountains and surrounded by volcanoes. He is married to a Peruvian and has three children.
Article published on May 20, 2012.
pokerfu.se/z7r2

Fanatics, the online retailer led by billionaire CEO Michael Rubin, plans to launch an online sportsbook under the…

Why is BetRivers’ Casino Welcome Bonus the Best in the US?

Trying to figure out which casino to sign up with can be a daunting task. Between the free money no deposit bonus…

Spin Your Way to ARIA Las Vegas with BetMGM Poker!

US online poker players will be heading to BetMGM Poker US for a chance at big prizes over the next few weeks. The…

The Mitten State has signed the Multi-State Internet Gaming Agreement (MSIGA), making Michigan’s entry into the…