PokerStars’ Offline Vision: Pictures from Inside PokerStars LIVE in Madrid

According to a Spanish-only press release from PokerStars this month, and accompanying reports in Spanish poker news sites, the PokerStars-branded poker room in Casino Gran Madrid has officially opened, inaugurated with a packed tournament with famous footballers and Spanish bullfighters among the hundred-plus guests.

The opening marks the beginning of an important new chapter in PokerStars’ history: the first poker room under the PokerStars name in Europe, and the introduction of its new LIVE brand. 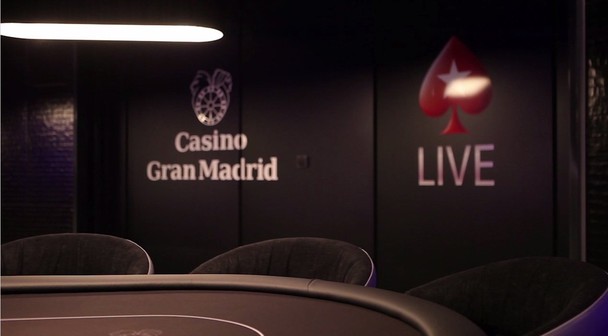 The PokerStars-Gran Madrid partnership, confirmed in late 2012, is the first step in the company’s bold new strategy of aggressively entering the brick-and-mortar space. It has also struck a similar deal to open a PokerStars LIVE in London, Hippodrome, and is awaiting a license to purchase an entire casino in Atlantic City, New Jersey.

This is not the first foray for PokerStars into brick and mortar cash game poker. It operates a poker room in the Gran Waldo, Macau, following earlier closure of a room in the Gran Lisboa in the same city, to host APPT events to promote poker in the growing Asia market. It also holds a minority share of a Belgian casino, primarily for regulatory reasons. It does not, yet, operate or otherwise promote the poker room. 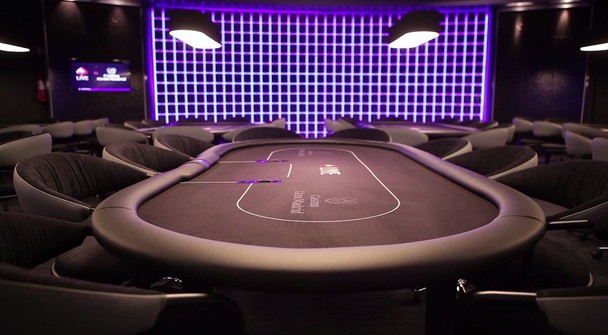 The Madrid launch is markedly different in that places the PokerStars brand front and center. It’s the debut of the new LIVE name, and its plan is to closely tie its online presence to live cash games: Tournaments and events will be cross promoted, satellites will run online for live.

“Our ambition is to create an amazing atmosphere to play poker,” stated Paula Arriaga, Deputy General Director at Casino Gran Madrid, on announcing the deal in December, boasting the new poker room will “take poker to a new level” by “adapting the lighting, the seats and the audiovisual support to the needs of the poker player.”

With unique decor, the refurbished poker room seats over 200 players and plans to offer daily tournaments and cash games around the clock. 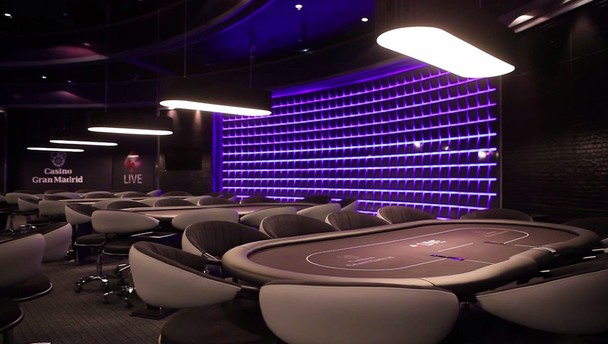 Given the importance of the grand opening, there has been suprisingly little press. In fact, there has been no mention on the otherwise overflowing PokerStarsBlog.com, no press releases beyond the initial Spanish-language coverage of the inaugral event two weeks ago, and a PokerStars representative has been unavailable to confirm to pokerfuse any details of the poker room.

There is no doubt the room is open for business—a representative from Casino Gran Madrid confirmed as much with pokerfuse—and tournaments are hosted each night from Wednesday to Sunday.

But the planned cross-promotion with PokerStars.ES, its online poker room in Spain which dominates the poker market, has yet to materialize: there has been no mention of the news in the online poker client of its opening, and the “Madrid” tab under tournament events—which is expected to hold online satellites to the live events—remains empty. 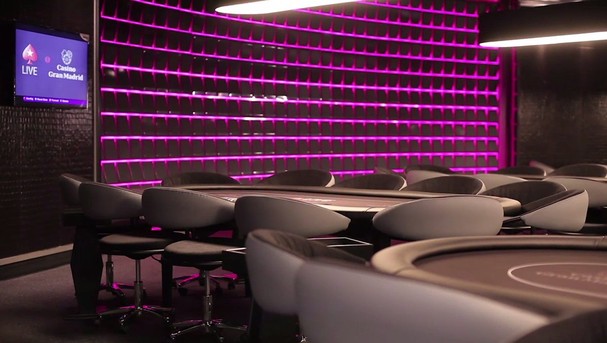 Whatever the reason for this apparent temporary PR blackout, players wishing to check it out can see the tournament schedule on PokerStarsMadrid.com, a bare-bones site set up to promote the new venture. Buy-ins for these nightly NL tournaments range from €60 up to €140, and Thursday hosts a “sit and go” night with a range of buy-ins. Higher entry monthly and quarterly tournaments are also planned.

PokerStars is bringing back its patented Daily Cash Game Leaderboards, with more than $16,000 in cash prizes available…

Sunday is a big day in the online poker world, and for 16 years, the place to be on Sunday has been PokerStars for the…

PokerStars is one step closer to launching regulated online poker, casino, and sports betting in the Canadian province…

PokerStars’ Spring Championship of Online Poker aka SCOOP has come to an end after nearly one month of play.

PokerStars has released a new update for its desktop and mobile software, adding a number of new features to make the…