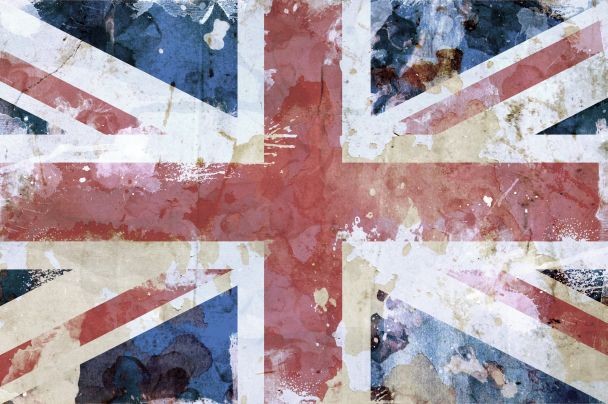 “The MPs made their point in refreshingly blunt terms: 'the Gambling Commission remains an overly expensive, bureaucratic regulator’” The Culture, Media and Sport Committee, made up of Members of the UK Parliament, has released a frank and detailed report on the 2005 Gambling Act. It is critical of the high existing tax rates, the lack of clarity in future plans and the ineffectiveness of the existing regulator.

The report calls for further consultation regarding the ring-fencing of player funds, citing the Full Tilt failure as cause for serious regulatory concern. It welcomes a new system based on a point of consumption tax, mentioned in the 2012 budget, and urges for its swift adoption.

2005 Gambling Act: A Failure for Players and the Industry

In 2005, a new law was introduced that looked to impose regulation and order in the growing online gaming industry. The 2005 Gambling Act imposed a 15% gross profits tax on companies licensed by the UK Gambling Commission, and it adopted a “whitelist” system whereby operators regulated in certain offshore jurisdictions were legally allowed to offer online gaming to UK citizens and advertise in the country. Jurisdictions include Alderney, Malta, Gibraltar, the Isle of Man and recent addition Antigua.

One of the key motivations behind the Gambling Act was to “protect UK customers from unregulated, possibly unscrupulous, operators” and to “make Britain a base for the expanding online industry.”

But the Gambling Act failed spectacularly on both counts. As for making Britain a base for the new industry, the report found:

The failure … to set remote gambling taxation at a level at which online operators could remain within the UK and regulated by the Gambling Commission has led to almost every online gambling operator moving offshore whilst most are still able to advertise and operate into the UK.

And as for players, the report questioned the Commission’s effectiveness in ensuring that jurisdictions on the whitelist offered sufficient protection, and urged for there to be fresh consultation with the industry on appropriate ring-fencing of player funds. In particular, it uses the example of Full Tilt and the failures of the AGCC to highlight the issue when funds are not held in segregated accounts.

Ring-Fencing Funds “Too Burdensome” for Industry

The Committee was very concerned about the regulatory failure of the Alderney Gaming Control Commission (AGCC)—regulator of one of the whitelisted jurisdictions—when Full Tilt went bust after Black Friday. The committee questioned the UKGC Minister about the Full Tilt fiasco:

He responded that the Gambling Commission considered it would be too burdensome and would render the industry too uncompetitive to require operators to hold a separate players’ winning account, or appropriate insurance, or to provide a guarantee that repayment to players could be made at all times.

The report recommended that there be further consultation on the issue of fund segregation:

We recognise the concerns of well-managed, existing operators about the potential costs and burdens of legally separating players’ funds. In the light of the Full Tilt case, however, the Gambling Commission should consult the industry as to what form of 'ring fencing’ or protection of player accounts, by all UK-regulated online gambling operators, would be a proportionate response to the worries arising from this unfortunate episode.

The report indicated that the Department of Culture, Media and Sport (DCMS) will “take into account the lessons learned from the Full Tilt case.” It also cited that it would take into account the conclusions of Peter Dean’s report that investigated the AGCC following the collapse of its licensee. The report concluded that the AGCC was “an example of regulation working as it should.”

Notably, the AGCC amended its regulations the day after this report was published. Licensees will be required to hold funds in a segregated bank account from January 2013.

The report proposed one solution: Adding a “Kite Mark” to approved sites to encourage players to play on UK regulated sites. Of course, unless this requirement also comes with changes to UK regulations that require that funds are held in segregated accounts or trusts, such a mark would signify that the regulation affords players less protection than other kite marks, such as The Isle of Man.

Pokerfuse has strongly supported the establishment of trust accounts to protect player funds from other creditors, and highlighted this in our formal response to the Treasury consultation. The costs would be insignificant for operators and would provide genuine protection for players in the event of liquidation of the company.

For operators, the only real burden imposed with a system of segregated trust funds is that customer despots cannot be used to pay for operating costs: And as we have seen time and time again, allowing this is a recipe for disaster.

Nearly all operators have moved offshore following the introduction of the 2005 Gambling Act, and it meant no tax revenue was generated from the online gambling industry.

Part of this blame, according to the report, lies in the flawed “whitelisting” system. New plans set to come into effect in December 2014 is switching to a Point of Consumption (POC) system, which would mean scrapping the whitelist and requiring all operators to pay tax for bets taken from UK customers.

According to the report, the AGCC argued that a change to POC was unnecessary; but the report disagrees, and strongly supports the proposed switch:

The current regulatory framework for online gambling has failed to create a level playing field between operators based in the UK and those based overseas … We therefore welcome the announcement, made in the 2012 Budget Statement, that the online industry will be taxed on a point-of-consumption rather than a point-of-supply basis … We urge the Government to adhere to its timetable for implementation by December, 2014 and to make plans to deal with any challenges to the proposed new system.

The Committee also lays blame for the move offshore on the inappropriately high level of taxation demanded under the 2005 Act, and recommends that further consultation on appropriate tax levels be undertaken:

The failure … to set remote gambling taxation at a level at which online operators could remain within the UK and regulated by the Gambling Commission has led to almost every online gambling operator moving offshore whilst most are still able to advertise and operate into the UK. … the Treasury still needs to work with industry stakeholders to establish the correct level for online gambling taxation, taking into account the need to encourage companies to accept UK regulation and taxation and to discourage the formation of a grey market.

The 15% tax level is seen as unworkable. The report cites research carried out by Deloittes on behalf of William Hill. The research championed the proposed point of consumption tax, but cited that a 15% levy would strangle the industry:

Failures of the Commission

The UK Gambling Commission, headed by Jenny Williams, was heavily criticized in the report, and Ms. Williams’ evidence did not inspire confidence. She sought much more bureaucratic and restrictive legislation because she lacked the ability to assess the quality of whitelisted regulators and made excuses for her inability to provide the Committee with the information it needed:

With a budget of £13m, this sort of answer does not go down well with the Committee. As the head regulator she should have a detailed knowledge of and a set of personal relationships with all other international regulators.

The MPs made their point in refreshingly blunt terms that are not normally used in formal British politics (emphasis added):

Particularly given the absence of a significant UK-regulated online sector or any Regional Casinos, the Gambling Commission remains an overly expensive, bureaucratic regulator. We consider that the Commission has not gone far enough, in particular, in its efforts to reduce its operating costs. We recommend that an independent review of Gambling Commission expenditure be carried out as soon as possible after a new system for remote licensing is in place. We consider that it is important for such a review to be carried out externally so that the industry has confidence in its conclusions. The reviewing body should have the power to recommend changes to the Commission with a view to reducing its costs and the regulatory and fees burden imposed on the industry taking into account the Commission’s ability to fulfill its licensing objectives.

One of the most positive elements of the report was the strong emphasis that the gambling industry should be supported and promoted. The very first recommendation at the end of the report is:

Gambling is now widely accepted in the UK as a legitimate entertainment activity. While we recognise the need to be aware of the harm caused by problem gambling, it seems to us that the rather reluctantly permissive tone of gambling legislation over the last 50 years is now an anomaly.

The Committee pressed Jenny Williams hard on why the regulator was not more proactively supportive of the industry. She responded that she would lose the confidence of many of the stakeholders in gaming regulation if she did that. Many of the people with an interest in gaming regulation are completely opposed to gambling in any shape or form. The Committee backed off and accepted her arguments that the regulator should adopt a neutral position.

They were not so accepting of the attitude in the responsible Government department:

There is no doubt that the introduction of licensing under the 2005 Gambling Act was disastrous for the UK gaming industry. Players have seen the introduction of poor regulation for online poker in Spain, France and Italy. This report is not showing that the UK regulator has learned anything from these other countries experience. It does show that the politicians who are responsible for holding the regulator to account are aware of the critical issues and at least in the UK, are trying to move regulation in the right direction.

Global Online Gambling News Global Online Poker News Tax UK Gambling Commission UK Online Poker
Jocelyn Wood, Editor Joss is a graduate in English from the University of Birmingham and has a Master’s Degree in Organisational Development from the University of Manchester. His career path has taken him from the British Army, through business & finance to seven years as a successful professional poker player. His experience of the European Union, law, accounting, finance, regulation and online poker provide the basis for his insights in the PRO specialist categories of Industry and Law & Regulation. As CEO he steered his own company through full Financial Services Authority regulation, and was asked by Morgan Stanley to take their UK mortgage business through the same process. Although British, he lives in Arequipa, Peru, set high in the mountains and surrounded by volcanoes. He is married to a Peruvian and has three children.
Article published on July 29, 2012.
/pokerfu.se/zjtv

Who does not love a sale around the Christmas season? As a celebration of its 20th year of serving online poker,...

Following a successful year of online and live poker, 888poker has released a full schedule for its popular 888poker…

888poker is continuing on its trajectory of spreading live poker around Europe, with yet another major live poker…