Eric Hollreiser on What He Would Have Done Differently at PokerStars: “Supernova Elite, 100%”

In an interview on the Pokerfuse Podcast, former Head of Corporate Communications and Global Poker Marketing for PokerStars, Eric Hollreiser, reflects on his proudest moments with the company and what he would have done differently.

Listen to podcast on spreaker 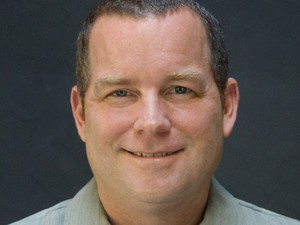 In what felt like a pleasant stroll down memory lane, former Head of Corporate Communications and Global Poker Marketing for PokerStars, Eric Hollreiser, in an interview for the Pokerfuse Podcast, spoke with pride about how the company handled itself in the time following Black Friday when the US Department of Justice stepped in and seized hundreds of millions of dollars related to the processing of online poker transactions in 2011.

PokerStars had successfully “enhanced the love and appreciation and loyalty of [its] customers,” in a time of crisis when many of its customers had lost significant amounts of money on account with other online poker operators and PokerStars had lost between 25% – 30% of its business.

PokerStars was able to return the deposits of its American players just weeks after effectively being closed out of the US market. And over the course of the years to follow, the company played an instrumental part in getting the US customers of Full Tilt Poker and Absolute Poker made whole for the losses they incurred as a result of what the DOJ called “a Ponzi scheme.”

Hollreiser identified “the smart decisions of management” and “seeking to do the right thing for customers” as key aspects of emerging from what easily could have been the death knell for PokerStars—just as it was for Full Tilt and Absolute—with an increased level of customer appreciation.

we could have given more time and notice to players and perhaps delayed the implementationIronically, the company’s most outspoken critics identified decision making and the lack of desire to do right by its customers as the aspects that ultimately defined what Hollreiser viewed as the thing he absolutely would have done differently: the handling of the issues surrounding the phasing out of PokerStars Supernova Elite VIP status.

It took a full year of heavy grinding at the online poker tables for most players to achieve PokerStars’ highest reward level, the benefits of which primarily would be reaped the following year. But with just two months’ notice, its customers that had achieved the highest loyalty level felt that loyalty was no longer reciprocated.

Significant cutbacks to the amount of rewards that would be achievable under the Supernova Elite program starting in January 2016 were announced in November of 2015, along with the ultimate elimination of the program in 2017.

The move was so controversial that one of PokerStars most respected sponsored pros at the time, Isaac Haxton, resigned in protest.

I have resigned from PokerStars in protest of the changes to the Supernova and Supernova Elite programs: “https://t.co/I7c49fB00D”:http://forumserver.twoplustwo.com/29/news-views-gossip-sponsored-online-poker-report/resigning-pokerstars-1579285/#post48992681— Isaac Haxton (@ikepoker) January 01, 2016

As Head of Communications, Hollreiser was tasked with spearheading the company line that cutting the Supernova Elite program was “the best possible model for the long-term viability of [its] poker ecosystem.”

When asked what he absolutely would have done differently, Hollreiser did not hesitate.

As I’ve always said, sometimes not so eloquently or with the ability of having hindsight, communications was something we could’ve done better, but at the end of the day – I always say this to clients and said it at the time to PokerStars – it’s not really about what you say, it’s about what you do. Yes, we were being beat up for some of the things that we said that we could’ve said better, but at the end of the day, what we did is what upset players, very understandably.

Eliminating Supernova Elite was a clear indication that the company was moving to change the fundamental way it serviced its high-volume customers. At the time, many of the players attributed the shift in priority away from high-volume players to the change in ownership of the company that occurred when Amaya acquired The Rational Group just over a year prior.

However, in a followup to the interview, Hollreiser made it clear that he believed the changes to Supernova Elite “were going to be made whomever owned the business because of the underlying ecosystem and economics of online poker.”

The way that we managed the communications of that wasn’t great. Internally – I won’t get into the details of it – we weren’t ready to communicate it when we communicated it, and that became very apparent. In hindsight, I’m not sure, from a business perspective, we could have done things differently. We certainly could have, and we’d examined all the different ways of how to restructure the program, but there were some fundamental flaws to the business model that needed to be addressed.

What would I do differently? Supernova Elite, 100% differently. Exactly how, it’s hard to say. It would’ve been a combination of what we chose to do and how we chose to communicate it.

Hollreiser went on to emphasize in post-interview comments that the situation could have been handled better. In addition to being more prepared from a communications perspective, most importantly, PokerStars “could have given more time and notice to players and perhaps delayed the implementation,” Hollreiser said.

PokerStars is bringing back its patented Daily Cash Game Leaderboards, with more than $16,000 in cash prizes available…

Sunday is a big day in the online poker world, and for 16 years, the place to be on Sunday has been PokerStars for the…

PokerStars is one step closer to launching regulated online poker, casino, and sports betting in the Canadian province…

PokerStars’ Spring Championship of Online Poker aka SCOOP has come to an end after nearly one month of play.

PokerStars has released a new update for its desktop and mobile software, adding a number of new features to make the…