On Wednesday, Unibet will beta-launch its all-new poker software with a recreational focus at its core.

Note: This article is an abridged version of an article previously published on pokerfuse PRO.

Unibet, one of the highest-profile and largest skins on Microgaming’s MPN, announced in December 2013 that it planned to move to its own independent poker room on an all-new platform.

The beta launch is set for Wednesday, February 19. During the public real money test period, the room will run alongside its standard poker room, but after a successful test phase the MPN room will close.

The new poker product, developed in partnership with Fast Poker developer Relax Gaming, brings together many new industry trends—like missions and achievements, a heavy recreational and social focus, and an ultra-simplified lobby—resulting in a product that is a radical departure from the mainstay of typical poker rooms.

It is set to be one of the biggest product debuts in the last two years. Pokerfuse takes in-depth look.

Unibet’s new poker product is an all-new, highly-simplified, recreational player-friendly software product. There are no hand histories, HUDs are not permitted, and there is no table selection. Missions, achievements, avatar and profile customizations, cartoonish design and friendly notifications are at the core of the product.

The product will launch with a Windows download. Native clients for Mac, Apple iOS, and Android are all in the works and will all debut in Q1 2014. 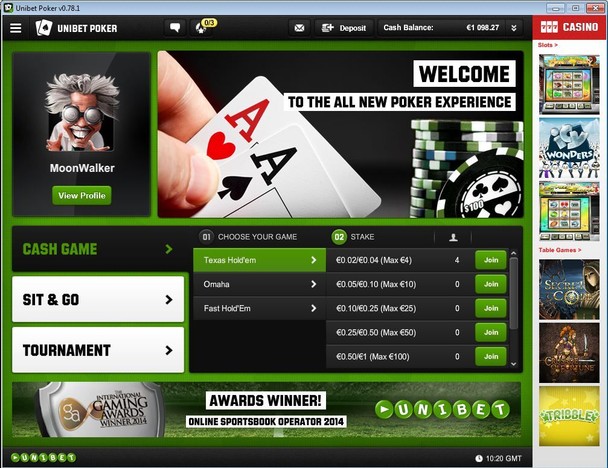 The lobby strips away the standard table lists for an ultra-simple player experience: there are no tabs or filters, no “quick seat” or “favorites” selection. Players choose between cash games, sit and gos, and tournaments, and then choose between either Hold’em (NL only), Omaha (PLO), or a fast-fold pool. All tables are limited to 6-max only and all are 100bb deep. There are no play money games, different speed games, heads up cash games, or any other variety. All tables are in euros.

Players then pick a stake level and click “join,” and the player is taken directly to an empty seat. The individual tables are grouped together—there is no way to choose a table, or choose a seat. This is a fairly common feature across poker clients today, ever since PokerStars implemented table grouping back in 2012, but in Unibet’s client, this is a forced feature. 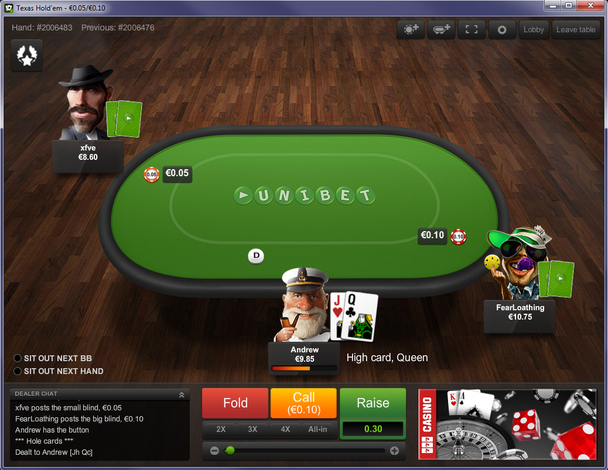 HUDs will not be permitted. In fact, no hand histories will be saved at all. A built-in hand history browser will allow a player to review recent hands only.

The most notable omission seen at the table is note-taking, a standard feature that, by design, will not be present in the client—in line with creating an “even playing field,” according to West. 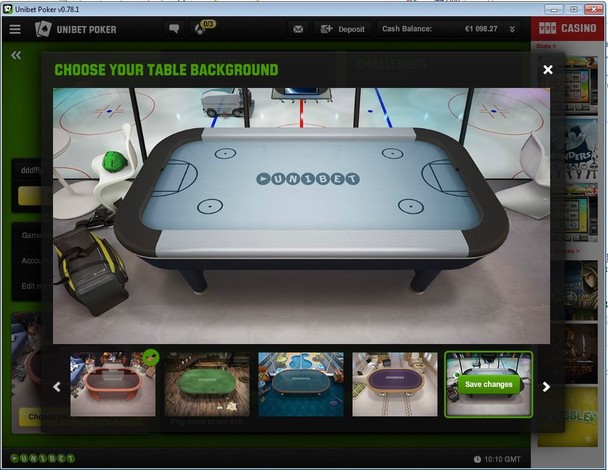 As is common, players can customize the table background, but the changes go well beyond a simple felt color switch. There are a variety of different skins, all shot in the same three-dimensional style, but each with a specific theme. The designs appear well-crafted and offer a nice variety.

Identities take center stage in the Unibet client. Players can select from a variety of avatars and choose a screen name. New identities can be created at any time, allowing for unlimited screen name changes. The last five identities are remembered, and player can switch between them instantly. 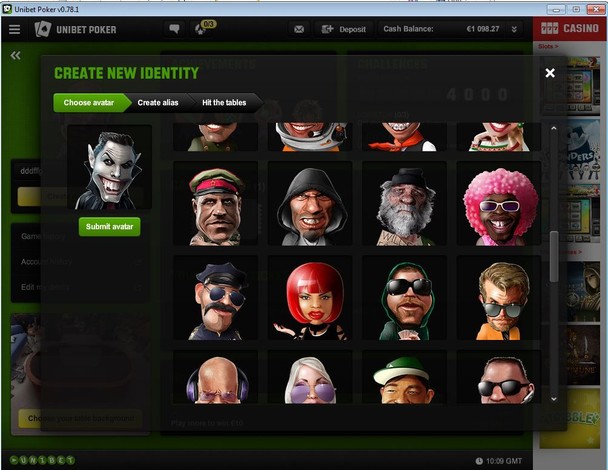 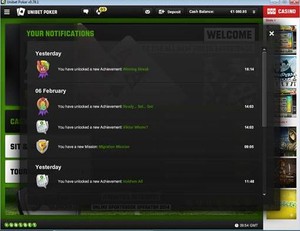 A notifications system built into the lobby keeps a player updated on a variety of promotional and gamification features. Players unlock achievements and start missions, and players will be notified of progress and rewards received. Players will also be notified here of cashier processing updates and targetted marketing messages.

An example bonus indicator, shown below, demonstrates a cash game ticket that can only be cleared on certain games. A progress bar, countdown timer and links to join the right tables keep players updated to its status. 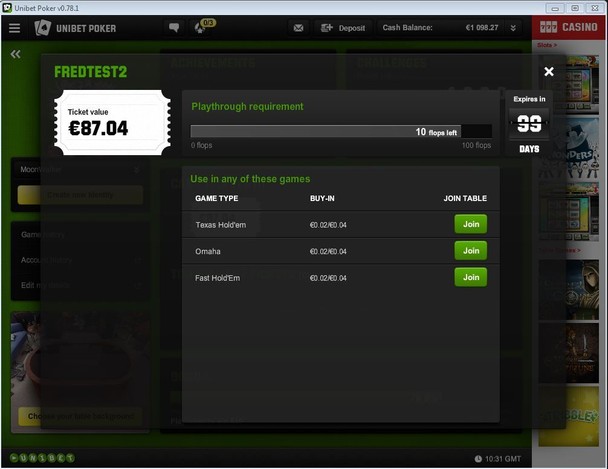 From 888poker’s successful recreational focus, to partypoker’s attempts, to Bodog’s anonymous tables and PokerStars highly-anticipated and much-delayed PokerStars 7 client: The recreational player experience is the focus of the industry.

Both players and insiders will be watching Unibet’s launch with great interest.

Get the full story

This is an abridged version of an article previously published on pokerfuse PRO.

Already a subscriber?
» Sign in to read the full story.

Not a subscriber yet?
» Find out more and start your subscription today to get instant access.

Global Poker to Hosts Largest Ever Bounty Tournament This Sunday with SC 150,000 Guarantee

This Sunday will see Global Poker host its largest bounty tournament to date, offering a guaranteed prize pool of SC…

Big Deposit Bonuses on Offer at BetMGM, Partypoker US Each Week This Month

BetMGM USA and partypoker US are offering some huge bonuses this month to players, with up to $500 on offer every week…

Bounty Series Returns to Global Poker for Its Third Installment With SC 680,000 in Guarantees

Kicking off yesterday and running all week, Global Poker is hosting the third installment of its Bounty Series. With 44…