100% Legal
and
Regulated
Online Poker is Live in Pennsylvania!

It’s finally here! PokerStars, the biggest and most trusted name in online poker, along with its partner Mt Airy Casino, has launched a 100% legal, fully regulated online poker room — the very first of its kind.

Sign up to PokerStars Pennsylvania today and enjoy $30 FREE or a $600 first-deposit bonus.

PASCOOP Has Over $400k Guaranteed This Weekend

Online poker players in Pennsylvania have plenty of options for playing tournaments at PokerStars PA.

PASCOOP from PokerStars PA kicked off on April 4 and is promising players in Pennsylvania $2 million in guarantees across a total of 100 individual tournaments.

PASCOOP will run until April 20, and there is plenty of action scheduled along the way including two Main Events that will play out at the end of the series boasting $200,000 in guaranteed prize money.

As seen in the flagship Spring Championship of Online Poker (SCOOP), events are split into low and high stakes. A mixture of Progressive Knockout (PKO) tournaments, Hyper-Turbo, 8-Max, Turbo and 6-Max are all slated to run over the upcoming weekend.

This weekend between Friday 10 April and Monday 13 April:

For the full schedule of PASCOOP you can go here.

Throughout the entire Series, PokerStars is running two promotions as part of its PASCOOP offering.

This promotion is available for players who make a minimum of a $30 deposit using the Bonus Code PASCOOP. Once the deposit is made the players will get a ticket for the Main Event Depositor Freeroll that takes place on April 19. The top 50 players of the freeroll will then make their way into the Main Event that starts on April 20.

This promotion is available for any player who gets knocked out of a PASCOOP tournament without reaching the money. PokerStars PA will be crediting players accounts with an All-in Shootout Freeroll ticket, an event which takes place every day until PASCOOP concludes on April 20.

A Closer Look At The PASCOOP Weekend Schedule

The weekend will also see the start of PokerStars’ NJSCOOP, allowing players in the state of New Jersey to also get a piece of the SCOOP pie.

The two Main Events for NJSCOOP have $125,000 in guaranteed prize money combined.

New Jersey players can also benefit from special promotions that coincide with the series including:

For more information on how to qualify for these promotions, see our NJSCOOP Information page.

Online Poker On The Up

As Easter plans are on hold for most people around the globe, online poker is seeing a resurgence in all markets, and Pennsylvania is no exception.

Here you can see how online poker is seeing an uptick due to the effects of the global pandemic that is seeing countries encouraging people to stay at home. 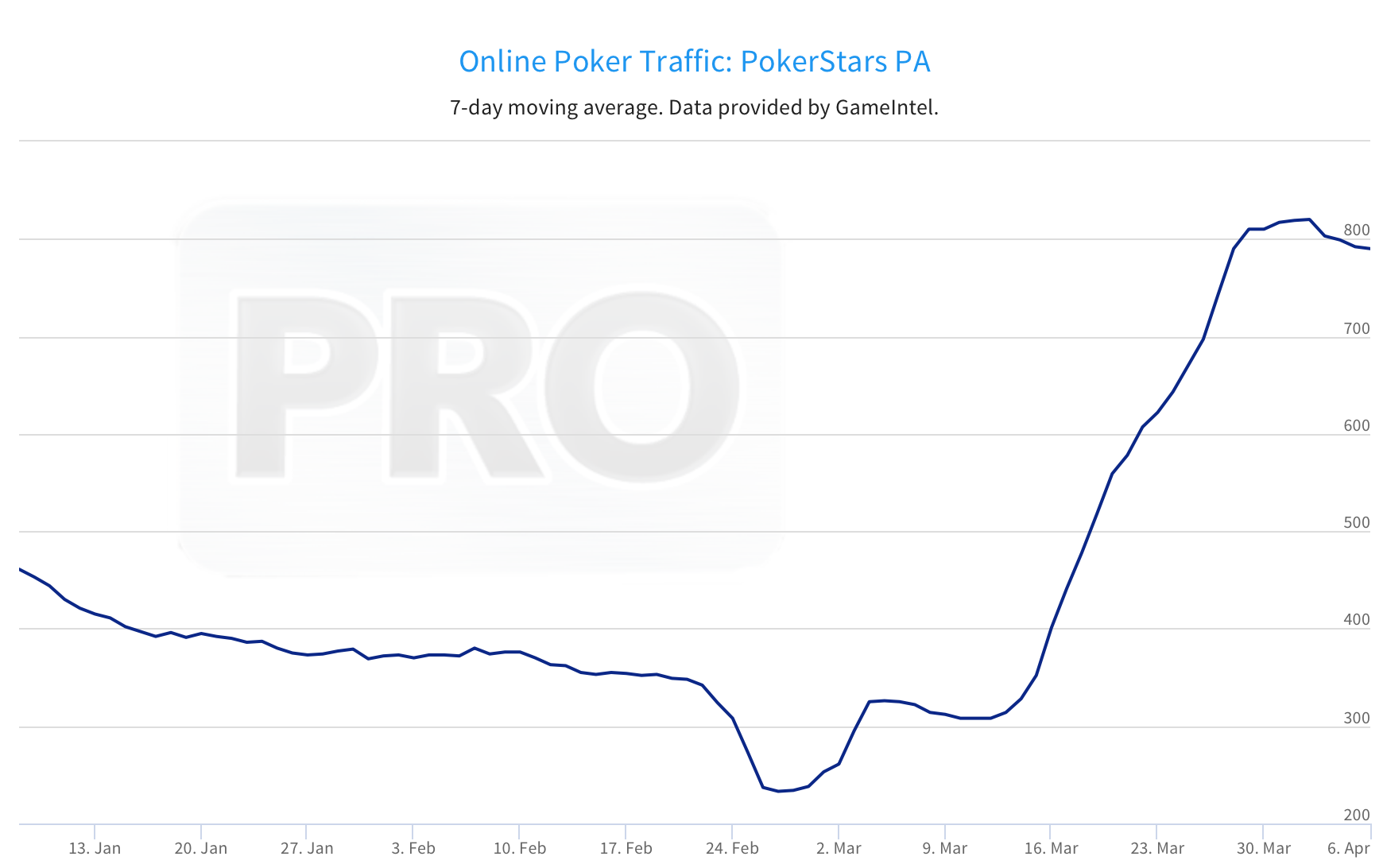 In the dot-com market, PokerStars has upped its guarantee to its Sunday Million weekly tournament to $2.5 million due to the increase in demand, created by more players staying at home and logging on to play online poker.

This is the first time in ten years that the guarantee has been that high.

PASCOOP will conclude on April 20.

The article has been updated to reflect the final day numbers

Online poker in the state of Pennsylvania generated $3.1 million in revenue during the month of March according to…

It was yet another record Sunday for online poker operators as tournament prize pools reached new highs.

One of PokerStars’ most awaited series in New Jersey, the New Jersey Spring Championship of Online Poker…

PASCOOP Has Over $400k Guaranteed This Weekend