Everything You Need to Know Ahead of PokerStars Launch in Pennsylvania

Here are the answers to all your questions that you may have about the launch of PokerStars in Pennsylvania.

In just a few hours from now, PokerStars will be going live in Pennsylvania ending the long drought of legalized online poker in the Keystone state.

The online poker giant will become the first operator to offer regulated online poker in PA, and it will be only the operator’s second entry into a US state, the first being New Jersey.

In this article, we tell you everything you need to know about PokerStars PA: When players will be able to download the platform, at what time the soft-launch takes place, and what games will be available. We will also provide answers to some other common questions that you should know.

What Time Will PokerStars PA Begin Its Soft-Launch?

PokerStars will be going live in Pennsylvania and conduct a soft-launch of its poker and casino brands on Monday, November 4 at approximately 2 PM local time.

Based on our findings, play will be available on Monday for eight hours and on Tuesday for ten hours.

FOX Bet, the operator’s sports betting brand in the US will remain available at all times.

How Long Will The Testing Period Last?

The testing period is expected to last two days during which various tests will be conducted to ensure that certain services linked to the player experience (including geolocation services, payment processing, and responsible gaming measures) are working smoothly.

Should everything go well, PokerStars is expected to go fully live on November 6.

What Games Will Be Available During The Soft-Launch Period?

A limited game offering is expected to be available during the testing period. However, players can expect to experience all three popular poker formats (cash games, sit & go’s and tournaments) at the time of soft-launch.

As play will be restricted during the first two days, only a few types of MTTs will be available. Currently, 13 tournaments have been deployed and are scheduled to run today from 15:00 ET to 21:00 with a tournament running every hour.

However, none of the MTTs that are currently scheduled to run during today’s test period have guarantees attached to them. 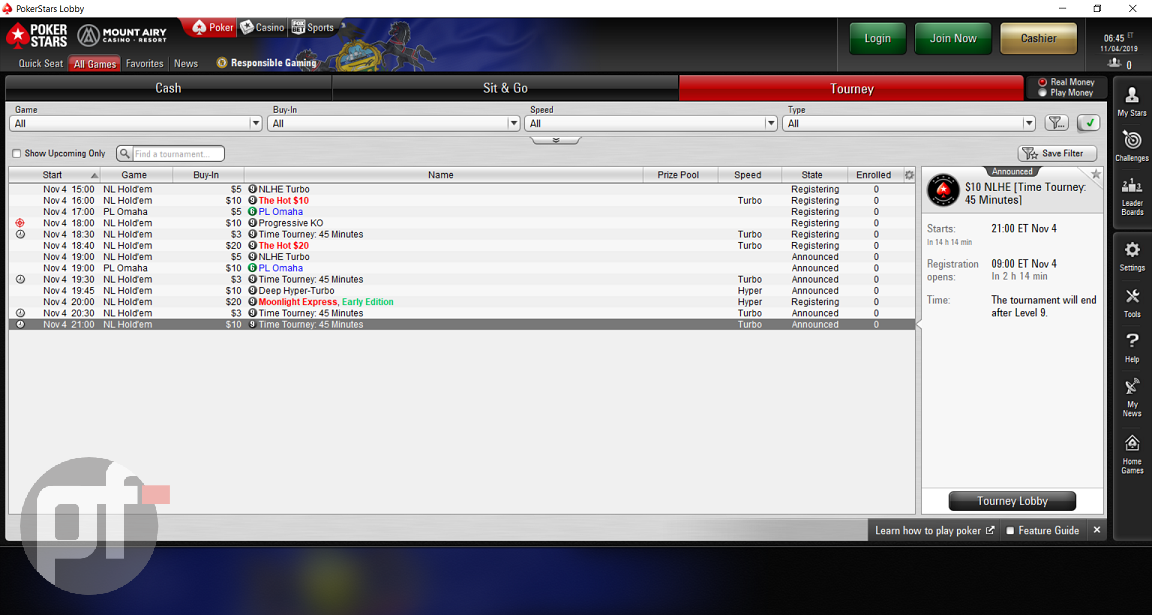 Cash games are likely to start at $0.01/$0.02 and go up to $100/$200. Most of the cash game tables will be available in No Limit Hold’em and Omaha variants, although, other variants including mixed games, draw games and Stud games are also expected to be on offer.

Sit & Go’s will start at $1, with games available in heads-up and 6-max formats only.

Spin & Go’s, the operator’s ultra-popular lottery-style game format will not be initially available at the launch as PokerStars is presumably awaiting approval from the Pennsylvania Gaming Control Board (PGCB). Notably, Zoom games (PokerStars’ fast-fold format) will also be missing from the initial game offerings.

Who Is Eligible To Play At PokerStars PA?

People at least 21 years of age or older that are physically located within the borders of Pennsylvania are eligible to play online poker for real money at PokerStars Pennsylvania.

I Have An Existing PokerStars Account Which I Created Before Black Friday. Will I Be Able To Use That Account For PokerStars PA?

Players with existing PokerStars accounts registered on a different platform (.COM, .EU, .NJ for example) can use their existing credentials to login but they will be prompted to create a new PokerStars PA account.

Do I Have To Be Physically Located In Pennsylvania To Create A PokerStars PA Account?

Like in New Jersey, to be able to participate in real money games, players must be physically located within the borders of Pennsylvania.

In addition, you need a US address and Social Security Number (SSN) to play for real money on PokerStars PA. According to the FOX Bet/PokerStars PA website:

If you are visiting Pennsylvania and wish to play real money games on PokerStars PA, you have to register an account under our PA license and have a Social Security Number (SSN). The SSN is necessary to verify your account. If you don’t have a SSN, you can only enjoy Play Money games. 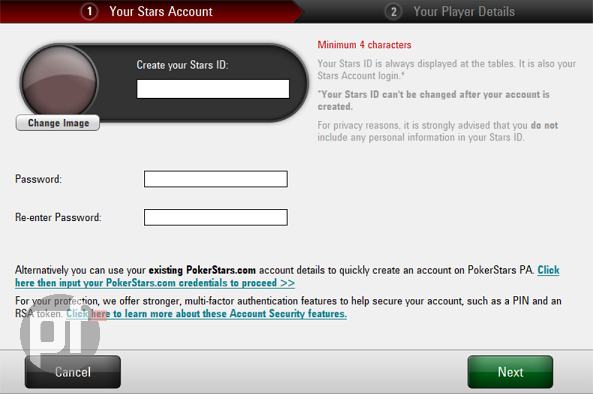 Can I Make Real Money Transfers Between Players?

No, real money player-to-player transfers will not be allowed as per Pennsylvania gaming regulations.

No. Regulated online poker will be ring-fenced at first, and PA players will only be able to play against those located within the state.

Currently, online shared liquidity in the US is allowed only between those states that have joined the Multi-State Internet Gaming Agreement (MSIGA). As of now, only three states (Delaware, Nevada and New Jersey) have joined the agreement.

Pennsylvania has yet to join the MSIGA agreement.

Will Pennsylvania Join The US Shared Online Poker Player Pool?

It is expected that Pennsylvania will join the Multi-State Internet Gaming Agreement (MSIGA) in the future.

Previously, the Pennsylvania Gaming Control Board (PGCB) was in talks with the New Jersey regulator to join the US player pool. However, in September 2018 the PGCB stated that it cannot predict the likelihood that Pennsylvanian online poker operators will be able to combine their player pools with those in New Jersey, Nevada, and Delaware.

A First Look at PokerStars Pennsylvania

A First Look at PokerStars Casino Game Offerings in Pennsylvania