In what has to be considered the biggest poker ambassador signing in more than a decade, hall of famer Daniel Negreanu has agreed to represent one of the fastest growing online poker brands in the world, GGPoker.

Prior to the Negreanu signing with GGPoker, the biggest poker ambassador signing arguably took place in June 2007 when Negreanu joined PokerStars. Negreanu served as the face of PokerStars for 12 years before announcing a split with the world’s largest online poker room earlier this year just prior to the start of the 2019 World Series of Poker.

Negreanu announced the new partnership today on Twitter, and as is usually the case with the polarizing professional poker player, we expect reactions to be mixed.

I have a BIG announcement to make! Details in the video below: https://t.co/1xDTkglYmD— Daniel Negreanu (@RealKidPoker) November 20, 2019 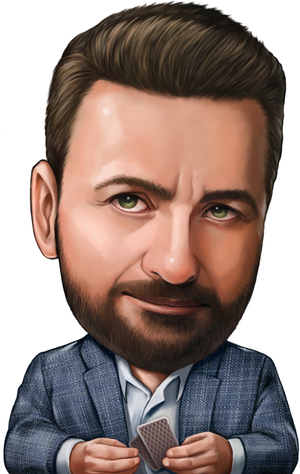 Though it is not surprising that Negreanu was quick to land another sponsorship deal, few (if any) expected it would be with GGPoker.

Negranu specifically points to how GGPoker took its flagship online poker tournament series, aptly named GGSeries, from $3 million to $50 million in one year.

Daniel Negreanu – The Most Recognizable Name in Poker

Daniel Negreanu was elected to the Poker Hall of Fame in 2014, his first year of eligibility and has won six World Series of Poker bracelets.

Negreanu was recently the center of controversy (though notably not of his making) after being awarded the 2019 World Series of Poker Player of the Year for the third time earlier this month only to be stripped of the honor just four days later after an administrative error by WSOP staff was discovered by Russian poker journalist Alex Elenskiy.

Negreanu dropped to third place (still with over $42 million in poker tournament earnings) earlier this year when now fellow GGPoker ambassador Bryn Kenny leapfrogged him and Bonomo with a $20 million score in the Triton Million boosting his all-time tournament earning over $55 million.

Negreanu also has his own MasterClass on playing poker, and he is the subject of a 2016 Netflix documentary titled Kid Poker that chronicles his life story.

As a way of commemorating the biggest signing in poker, GGPoker is hosting the $100,000 Guaranteed Daniel Negreanu Challenge in which eight qualifiers will win a chance to sit at a final table with Negreanu himself and compete for their share of the $100,000 guaranteed cash.

In addition, players that sign up using the bonus code DANIEL before the end of they year will receive:

Existing players at GGPoker can receive free tournament tickets by emailing support at help@ggpoker.com during the promotional period.

The long-awaited WSOP Ontario launch has been a success so far. The operator kicked things off with a Circuit Series…

GGPoker In 2022: Where Is The New Industry Giant Heading?

GGPoker has signed up Jason Koon to as their latest brand ambassador, the company has revealed.

Twitch has rapidly become a key marketing avenue for poker operators over the past few years, and many operators have…

Earlier this month, GGPoker introduced Battle Royale, a wild new format with ambassador Dan Bilzerian as the face of…