“Growing up in Toronto, I dreamed of playing in the World Series of Poker,” said six-time WSOP bracelet winner Daniel Negreanu, GGPoker Global Ambassador, in the press release. “Now, twenty-five years after I moved to Las Vegas to chase WSOP bracelets, you can compete online in WSOP events in Ontario, all running on GGPoker’s amazing platform — how cool is that?”

“Canadian poker players have always been a significant portion of the WSOP playing base,” WSOP Executive Director Ty Stewart added. “We [are] thrilled to bring the chance for WSOP glory to you. With online bracelets and exclusive qualifiers to the WSOP in Las Vegas, we expect a wave of new WSOP champions from the 6ix.” 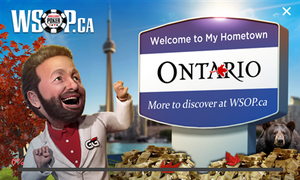 As rightly predicted by Canada Gaming Review, the operator will mark its launch in the province with an Ontario-only WSOP Circuit Series. The Ontario WSOP Online Circuit Series will run from October 1 to 16, featuring 12 rings and total guaranteed prize money of CAD $2.5 million.

This will be the largest-guaranteed online tournament series in the province, beating PokerStars’ ONCOOP series by half a million.

How GGPoker Ontario Players Can Migrate to the New WSOP Ontario Platform (Step by Step):

GGPoker has confirmed that it will no longer accept Ontario players and existing players will automatically be migrated to the new platform. 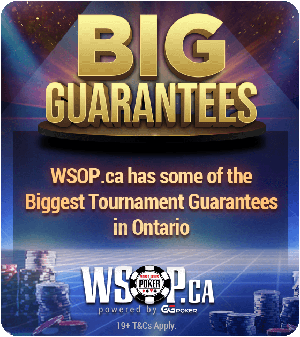 Players in Ontario who previously had access to the global network will notice that the player pool is restricted to Ontarians only, and the games are denominated in Canadian Dollars. They can still use the same GG credentials to log in to the new account, including the same username.

Players’ existing balance will automatically transfer to the new account per the current CAD currency exchange rate. All the existing C$, T$, and tournament tickets will also move to the new platform.

The new platform is WSOP-branded though it is powered by GGPoker software, meaning players have access to the same features, promotions, and games they did on the global site. Both existing and new players are greeted by the new WSOP Ontario platform with new welcome bonuses and offers.

The brand will host a coveted WSOP Circuit Series to mark the launch of its local platform starting October 1, spanning over two weeks. The inaugural Ontario WSOP Online Circuit Series 2022 will feature CAD $2.5 million in guarantees, and the series will be only available to Ontarians.

The pair were granted authorization to operate in the province by the Alcohol and Gaming Commission (AGCO) back in March. However, they still needed to execute an operating agreement with iGaming Ontario (iGO) — the last step required before going live.

However, they opted to delay its launch for unspecified reasons and continued to serve the Ontario market under its offshore license.

With the launch of WSOP in Ontario and Ontarians losing access to the global shared pool, the bizarre de facto two-tiered system that had been created has ended. The market now comprises six regulated online poker rooms and four different networks.

888poker Ontario and BetMGM Poker Ontario were the first to enter the market — launching on April 4 and 5, respectively — on the first and second days. Entain brands partypoker and bwin jumped in a week later on April 12, sharing its player pool with BetMGM to create the network’s first three-skin online poker network.

Until now, GGPoker was the only site legally operating in the grey market, thanks to an arrangement with the regulator. By the end of the year, we could see more rooms enter the regulated market. In Summer, Playtech confirmed its plans to launch an iPoker network in the province with its NorthStar skin. Coolbet and Bet365 could be other potential skins of the iPoker network.

If iPoker goes live, Ontarians will have a choice from seven to ten online poker rooms — making it the most competitive closed online poker market. The traffic could support well over 600 concurrent cash game seats.

Get the new WSOP Ontario Download and start playing on that shiny new GGPoker-powered software!

Saskatchewan Could Get Online Poker As Soon As December

The long-awaited WSOP Ontario launch has been a success so far. The operator kicked things off with a Circuit Series…

PokerStars Ontario hit its highest level in cash game activity despite a newcomer joining the province, pokerfuse can…