Does your state have the green, yellow or red light? 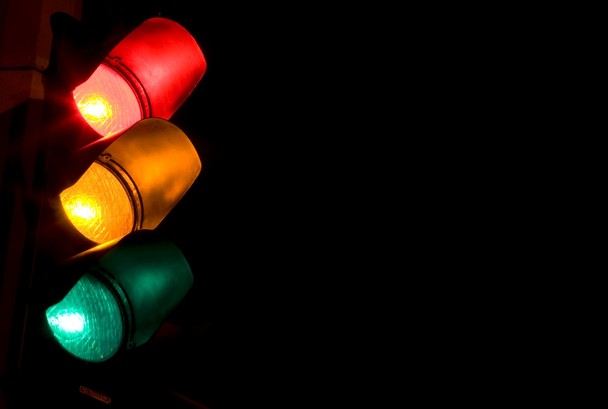 The news has now hit every poker media outlet: the DOJ ruling from December will rush in a new movement of intrastate online poker. The question now is: Which states will jump on board first and how quickly will they get there?

Several states have either signed or are considering laws to regulate online poker in some fashion within their own borders. Among the states that have come out in some form to regulate online poker are: Nevada, New Jersey, Iowa, California, and the District of Columbia. Other states such as Illinois, New York, Connecticut, and Ohio have publically considered other forms of online gambling and may join in the race for online poker in the not so distant future.

Nevada provisions to govern the licensing and operation of internet gambling and was approved by Governor Sandoval last June. On December 23 the Nevada Gaming Commission approved the regulations to allow games to start within state borders. The state is currently in the process of handing out licenses to companies who may already have technology in place to offer games. Most feel that virtual cards will be up in the air by the fall of this year.

Despite a veto from Gov. Chris Christie last spring on an online gambling bill, recent reports indicate that he has changed his stance after discussions with New Jersey Senator Raymond Lesniak. A last minute push was made to get a bill done before New Jersey ended its session on January 9 but the effort was put on hold until the present session. Many insiders do feel that the state will quickly regulate as early as this month in order to keep New Jersey in the running for being the top “regulatory dog” for any state-to-state online gambling.

“I don’t want to be left behind the state of Nevada like we were with sports betting,” said New Jersey Senator Raymond Lesniak. “I don’t want that to happen again, and I don’t want Nevada to monopolize this market.”

Last May Iowa Governor Terry Branstad signed a bill into law that would study the financial and regulatory aspects of online poker. The published report was released in December with revenue and consumer projections that indicate a willingness to sign a bill. This week Iowa lawmakers indicated a desire to create multi-state compacts with pooled online poker. State Senator Jeff Danielson said he plans to draft a regulatory bill soon that he expects to be considered this session. It is possible that the bill will accept other states to join Iowa.

There are two online gambling bills that could be in play in 2012 for the state of California. One bill is specific only to online poker while the other allows most forms of online gambling. Last year efforts to regulate instate online poker failed because of uncertainty regarding federal laws and arguments over tribal exclusivity of the market. Currently representatives from U.S. Digital Gaming have been lobbying with State lawmakers to regulate in the near future.

Mere days before Black Friday, online gambling regulations were passed into law in the District. The implementation of this law has stalled due to lack of proper debate and uncertainty regarding the federal stance on online gambling. District lawmakers were in discussions of getting a bill through that would repeal the measure but this was before the surprising DOJ Christmas present. No official word has been given on what DC will do in light of these changes.

In 2009 legislation was approved to allow an online lottery pending a Department of Justice approval. With the new DOJ stance the state will very likely be starting online lotteries with the possibility of online poker legislation to follow.

Along with Illinois, the New York lottery pursued a DOJ clarification to sell online lottery tickets within state borders. A pursuit of online lotteries may also indicate an interest in online poker for the state.

Connecticut Governor Dannel P. Malloy recently said he believes it is inevitable online gambling will come to Connecticut after the DOJ ruling. Aside from these comments there is no other indication that a bill is in the works.

Ohio recently added itself to the list of states pursuing online gambling. Dennis Berg, a director of the Ohio Lottery Commission, recently stated that the Commission is “exploring this topic.” At this point it is uncertain whether such an effort will take off or what sorts of online gambling it will encompass.

Many use existing brick and mortar gambling laws as a barometer to predict which states will allow online gambling given enough time.

There are six probable “red light” states with strict anti-gambling laws not allowing any commercial gaming or lottery that may apply to online poker are: Alabama, Alaska, Hawaii, Utah, Washington, and Wyoming.

Zack Tracy is a graduate student and former professional poker player invested in fighting for poker rights. He frequently posts on the twoplustwo forums under 'sluggger5x’ and can also be followed on twitter at @sluggger5x.
Article published on January 18, 2012.
pokerfu.se/mqzl

Big 20 Finale: How to Qualify for PokerStars’ Largest $55 MTT in History

The PokerStars 20th birthday celebrations are in full swing, with the Big 20 Rewind tournaments attracting thousands of…

DraftKings Casino is joining the Thanksgiving festivities, giving players a chance to participate in two leaderboards…

With the PokerStars Big 20 promotion in full swing and the Big 20 Finale tournament approaching, PokerStars are giving…

BetRivers Treating Players to a $25 Free Bet for Thanksgiving

The curtain has finally fallen on WSOP 2021. As the dust settles and we pick through the statistics, it is impossible…