Can the promise of consumer protections and the projection of $200m a year in revenue be enough to overcome the objections to Internet gambling in California? 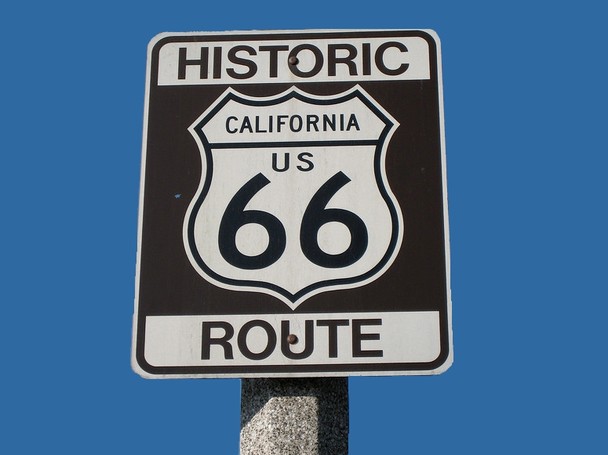 The motivation behind the bill is clearly spelled out: “It is the intent of the Legislature in enacting this act to ensure that the state realizes a minimum of two hundred million dollars ($200,000,000) of General Fund revenue from licensing fees during the 2012-13 fiscal year.”

The Internet Gambling Consumer Protection and Public-Private Partnership Act of 2012, commonly referred to as SB 1463, seeks to establish a framework for intrastate gambling. However, the bill does allow for “In order to protect the interests of Californians who play online gambling games and to ensure that people play fair games, that the state realizes the revenues, and that suitable persons operate online gambling internet websites, it is necessary that this act take effect immediately.”interstate gambling as well by providing lawmakers with the authority to “enter into any agreement with other states to provide internet gambling.”

Unlike state legislation in Nevada and proposed legislation in Iowa, the bill does not have a provision that would allow California to enter into an international compact. A clause in the bill would, however, allow state officials to “opt into … any federal framework for internet gambling” and could make international player pools a reality if there were federal legislation that specifically allowed it.

A topic for debate has been the way in which state and federal laws interact with certain exclusivity rights of Indian tribes currently operating brick and mortar casinos. Authors of SB 1463 believe that the provisions contained within the bill “do not violate the exclusivity provisions of any compact between the state and any federally recognized Indian tribe.”

Initially the bill will only authorize operators to provide internet poker. The “poker only” restriction will be in place for the first two years. “After that two-year period, the department may phase in other games allowed under the California Constitution and the Penal Code.”

Normally in California, bills that are passed into law take effect January 1 of the following year. However SB 1463 is designated as an “urgency statute” and if passed by a two-thirds majority vote would take effect immediately.

The authors of the bill cite the protection of players currently playing on offshore unregulated sites as the need for SB 1463 to become law. They describe how Californians are strapped with all the social burdens associated with internet gambling yet are not realizing any of the tax benefits.

“In order to protect the interests of Californians who play online gambling games and to ensure that people play fair games, that the state realizes the revenues, and that suitable persons operate online gambling internet websites, it is necessary that this act take effect immediately.”

As a result, player protection and responsible gaming provisions are prominent in the bill with the protection of players’ funds explicitly defined: “A licensee shall segregate funds it holds in all registered player accounts from all of its other assets.”

Players will be able to set limits on deposits and aggregate losses during a specified period of time. Operators will also be required to show players how long they have been playing and “the net change in value to a registered player’s account since the time of last logging in.” In turn, players will have to confirm that they have seen that information at least once every six hours.

Under the provisions of the bill, persons under the age of 21 will be “The criteria for the issuance of a license under SB 1463 specifically excludes any applicant that “has accepted any wager from persons in the United States on any form of internet gaming that has not been affirmatively authorized by law in this state or the United States after December 31, 2006, or has been the holder of a direct or indirect financial interest in a person or entity that has accepted such a wager.”prohibited from participating in internet gambling. While violations of the provisions of the bill only constitute a misdemeanor, civil penalties can also be enforced. The penalties range from $1k fine for first offenders up to $10k fines for the fifth and all subsequent offenses.

In addition, operators will have to provide “a toll-free telephone customer service hotline that shall be available to registered players 24 hours per day, 365 days a year.“ The bill also calls for licensees to implement “controls and technology to minimize fraud or cheating through collusion, including external exchange of information between different players, robotic play, or any other means.”

Licensees will be issued a 10-year license and though there is no limit on the number of licenses the state can issue, licensing fees can amount up to as much as $30m and pose a significant barrier of entry.

The criteria for the issuance of a license under SB 1463 specifically excludes any applicant that “has accepted any wager from persons in the United States on any form of internet gaming that has not been affirmatively authorized by law in this state or the United States after December 31, 2006, or has been the holder of a direct or indirect financial interest in a person or entity that has accepted such a wager.”

In addition, the bill would prohibit the utilization of “any brand or business name, trade or service mark, software, customer information, or other data acquired, derived, or developed directly or indirectly from any operation that has accepted any wager from persons in the United States on any form of internet gaming that has not been affirmatively authorized by law in this state or the United States after December 31, 2006.”

Players will not be allowed to fund their accounts via “money order or cash,” and though operators may not extend credit to players, checks and credit cards can be accepted. According to the bill, operators will need to notify credit card companies as to the nature of the transactions so that the credit card companies may label them appropriately. Player-to-player transfers are explicitly allowed but the use of e-checks and wire transfers to fund a player’s account are not addressed in the bill.

Many have speculated that the marketing of internet gambling sites would undergo significant changes when legislation was enacted in the US. While that is possible, SB 1463 specifically allows the current affiliate model to continue. Operators are allowed to enter “into a marketing agreement with any third party to recruit people to become registered players.”

SB 1463 also addresses a common concern of some opponents of online gambling: Internet gambling cafes. The bill would make it illegal for any establishment to “aggregate computers or other access devices in a public setting principally for the purpose of playing gambling games on the internet.” Concerns have been raised that with the legalization of internet gambling, establishments could in effect open virtual casinos by offering patrons the ability to participate in online gaming by providing access to such games in a commercial setting.

Last year, California had two intrastate online gaming bills vying for the legislative support needed to become law. Californian Senator Lou Correa authored the poker-only bill SB40 which was supported by the California Online Poker Association (COPA). Senator Roderick Wright, Chairman of the Senate Governmental Organization Committee, authored SB45, a regulatory-based bill that had no restrictions on the type of games that could be offered.

But it was Steinberg himself – co-author of this latest bill – who officially put an end to the hopes that internet gambling would become a reality for Californians in 2011, citing “significant unresolved issues … including tribal exclusivity … the types of games that would be authorized, who would be eligible to apply for gaming site licenses and potential federal constitutional questions.”

Good things are starting to happen for regulated online poker in the US as two positive developments emerged this month.

PokerStars has unveiled the schedule for New Jersey Championship of Online Poker (NJCOOP). This will be PokerStars’...

The 10th stop of the Moneymaker PSPC Tour, a small stakes US poker tour celebrating the rise in popularity of poker…

iGaming and online poker is currently still illegal in California, despite efforts to move to a legalized and regulated…

Poker’s Night in the Spotlight: The Winners of the American Poker Awards

Is Online Poker Getting Lost in Daily Fantasy Sport’s Shadow?

In the wake of the California Assembly passing a Daily Fantasy Sports bill that seeks to regulate DFS in the state,...