Not one but two exciting new poker cash game variants have been launched by PokerStars for real money. The similar-themed games will only be available for a limited period of time.

As exclusively revealed last week, Deep Water Hold’em and Tempest Hold’em are the latest in a suite of new game innovations to launch on PokerStars in the last two years.

They replace the long-standing Power Up, the operator’s esports hybrid poker game that was removed from the main lobby earlier today.

“Our aim is to satisfy those who may be hungry for a deep strategic challenge, as well as those wanting a simple, no frills thrill,” a PokerStars spokesperson told pokerfuse last week. “Much like our other exclusive games, Deep Water and Tempest will be offered by PokerStars for a limited period.”

The operator is trialing both these games for real money in the UK and for play money on the dot-net client. They are eventually expected to roll out to other markets including the global sites and many other markets with access to the global player pool. Tempest Hold’em, however, will come to a limited set of markets.

How Do These New Game Variants Work?

Both these new games are played as 6-max No Limit Hold’em but with several never-seen-before features including an additional blind dubbed a Giant Blind posted by the player Under the Gun that acts as the third blind. This extra blind is twice the size of the big blind.

Furthermore, every player on the table is required to post an ante—the size of which increases every hand until a showdown is reached. 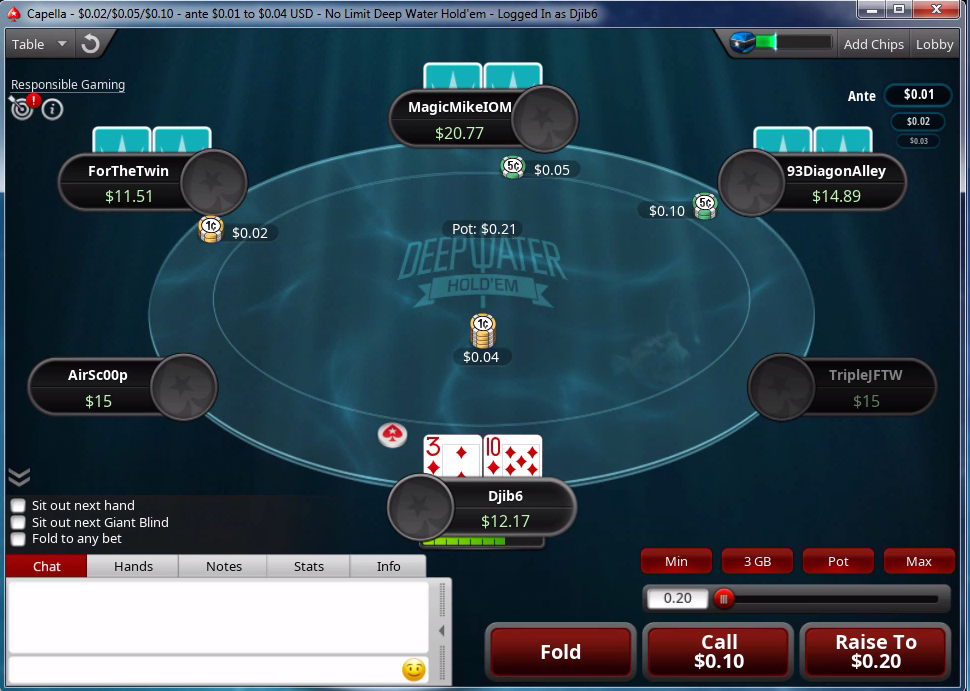 The format adds a whole new strategic element to the game as it encourages players to play more hands and it induces more action thereby creating bigger pots.

While both games are thematically linked and play similarly, Tempest Hold’em is a preflop-only push or fold shallow stack game format where players get only two options preflop: Either go all-in or fold. There is no call or check button.

In addition, every pot is capped, so the maximum a player can wager per hand is also 10 Giant Blinds (twice the big blind), so even if stakck sizes grow there will be no deep stack strategy. Players can buy-in for 5 to 10 Giant Blinds.

Other mechanisms of the game work similar to Deep Water: Three Blinds, with antes increasing every hand until there is a showdown.

“We recognise that poker players have different motivations for playing, and we continue to learn more about them with each new game we develop,” Rasset said.

“Whether you’re drawn to the strategic battling of Deep Water, the quick-fire action of PokerStars Tempest, or any other of your favourite poker games, our goal is to have something for you every time you open PokerStars and to get better with every hand you play,” he added. 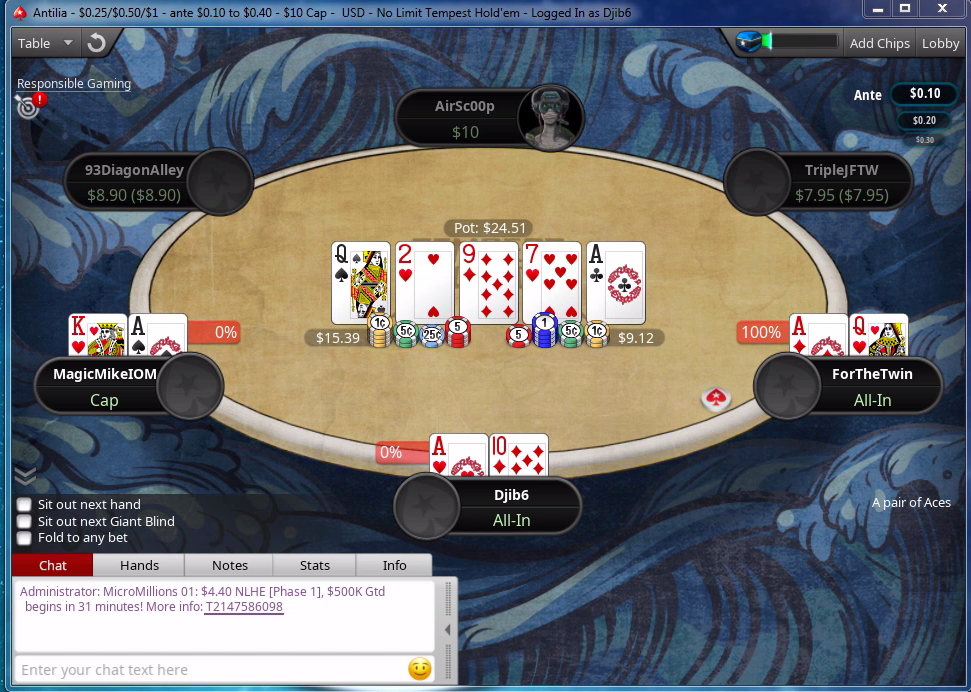 Only 888poker and the GGPoker Network are known to offer this game format. 888 even runs “push or fold” tournaments while GGPoker only runs it in cash game format.

These two new games mark the first time that the operator has launched a cash game novelty variant in ten months. The operator launched 6+ Hold’em back in January which is still being offered.

This also marks the first time that the operator has launched two novelty game variants in tandem. In 2018, PokerStars filled the calendar with temporary cash game variants starting with Split Hold’em in March 2018, then followed this with Showtime Hold’em in May, Unfold in August and Fusion in November.

Deep Water had been in the company’s pipeline for a long time—pokerfuse sister site F5 revealed the game was in the works all the way back in April of this year. Tempest Hold’em was discovered by pokerfuse earlier this month, and confirmed that both games would be coming to the PokerStars client for a limited time.

Other games also on the cards that could replace these two games include Swap Hold’em and an Omaha version of Split Hold’em.

For First Time in 18 Months, a PokerStars PSPC Platinum Pass Will Be Given Away at Upcoming Mixed Games Festival

For more than 18 months, live poker has pretty much been on hold. Save for the occasional smaller tournament here and…

Ask someone for the most successful online poker nations over the years, and they will likely say the United States,...

NJCOOP 2021 on PokerStars New Jersey: Everything You Need to Know

PACOOP 2021 on PokerStars Pennsylvania: Everything You Need to Know

Fall is approaching, and in online poker that means one thing: PokerStars will be running its flagship Championship of…

PokerStars is Giving Away Free Spin and Go Tickets to Everyone in New Jersey, Michigan

PokerStars USA players in New Jersey and Michigan have a new promotion to look forward to. And for fans of the Spin &...