GGpoker Growth Shows No Signs of Slowing Down

Leaving everyone but PokerStars in its wake, GGPoker has tripled in size in the space of a year.

GGPoker is on an upward trajectory as the online poker site continues to grow at break-neck speed.

It has seen unprecedented signs of growth in the past year, tripling in size in terms of concurrent cash game traffic and is becoming the go-to site for players who want to take advantage of some audacious guarantees.

According to Poker Industry PRO via GameIntel, in what PRO is calling “Online Pokers Greatest Success Story,” concurrent cash game figures show traffic has grown on GGPoker from 1240 seats in 2019 to over 3730 in 2020. 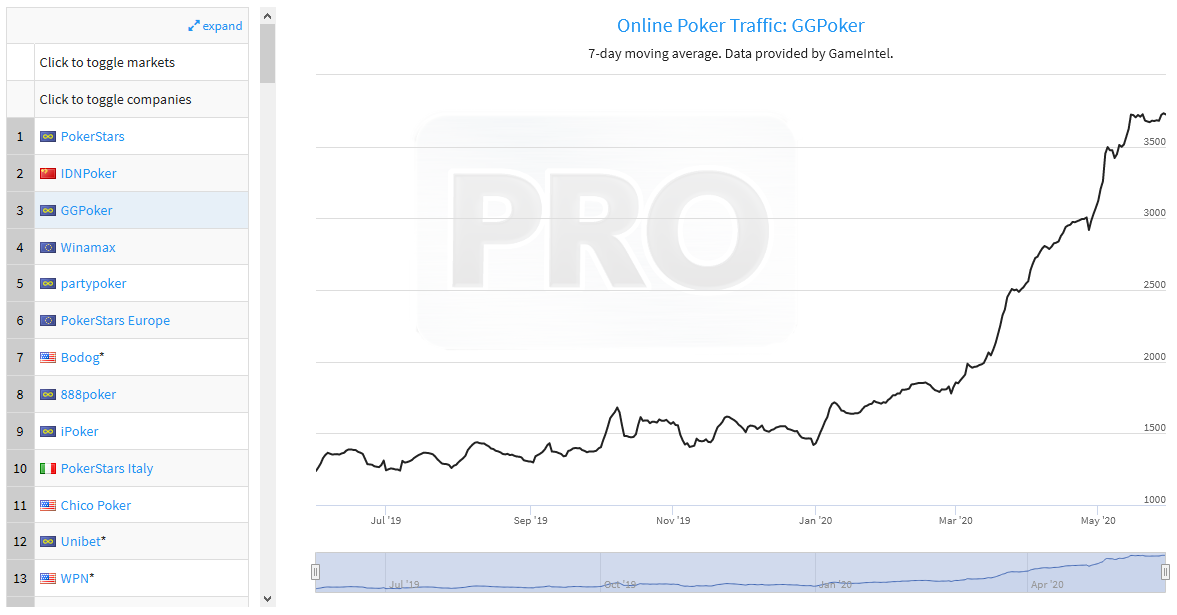 Sign up to GGPoker today and enjoy a generous Welcome Bonus! »

GGPoker has its eyes firmly set on the top spot that PokerStars holds as the online poker network has left all other operators in its wake—a huge achievement for a relatively new poker operator. 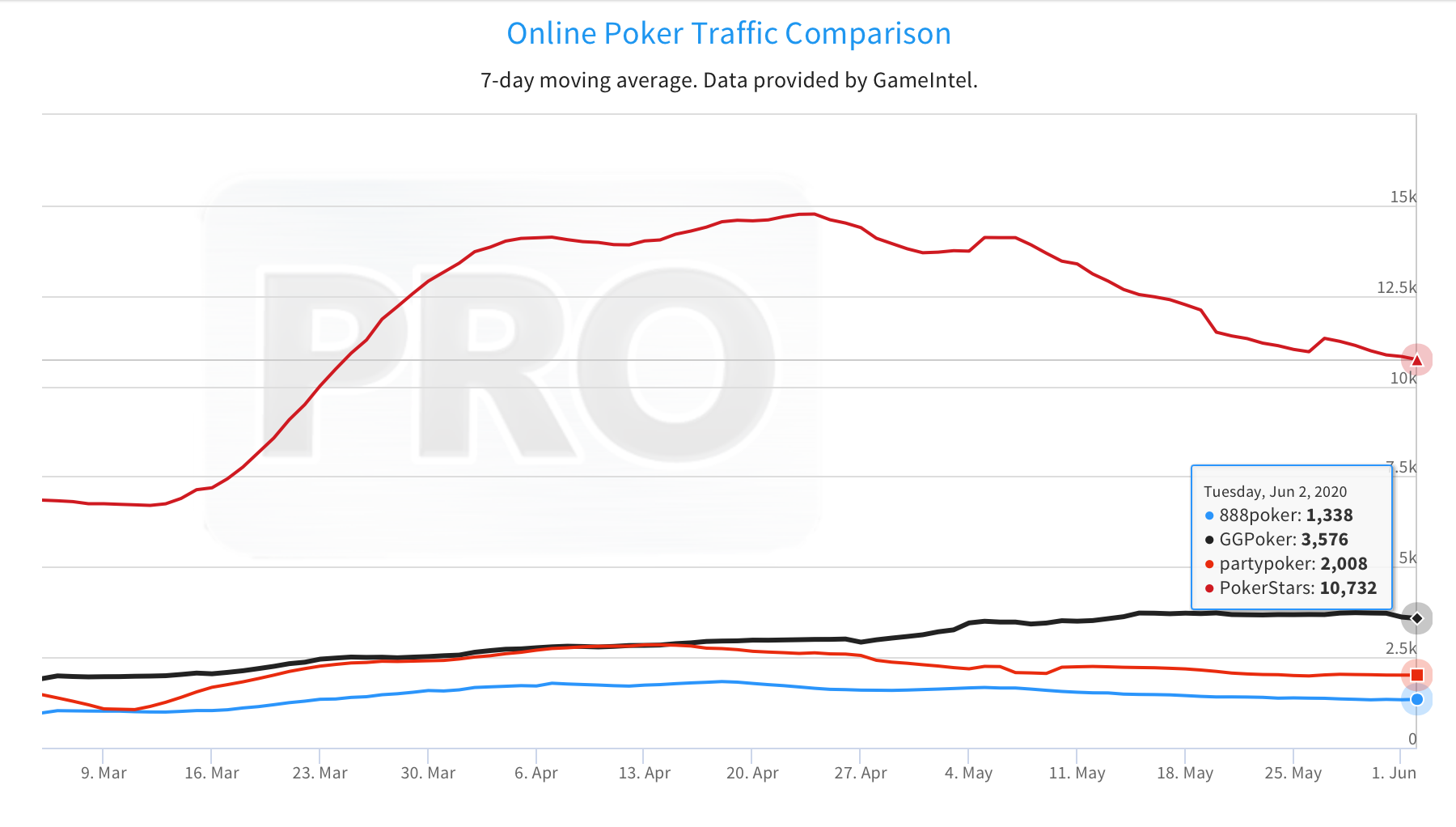 Remember, GGPoker only launched in 2014, and at that time, it primarily severed Asian markets and operated as a B2B network known as GGNet.

2016 saw it break into the western markets through partnerships and affiliate deals, and towards the end of 2017, network operator NSUS Limited launched GGPoker in the UK.

Since then, several factors have contributed to the growth of GGPoker including its signing of big name brand ambassadors, the success of its flagship Sunday Major tournament GGMasters and a new partnership with the WSOP that has allowed it to offer one of the biggest online poker tournament series the industry has seen.

Snaring some of the biggest names in poker, GGPoker has a solid stable of ambassadors. Daniel Negreanu is the most high profile ambassador on the roster, signing with the operator in late 2019.

At the time, Negreanu cited the poker room’s prize pools, cutting edge software, mobile client and integrated staking platform as reasons why he thought GGPoker had risen so quickly in prominence with online poker players.

This sentiment was also echoed by Bertrand “ElkY” Grospellier when he signed with the network in April 2020.

The presence of a strong ambassadorship is not the only thing GGPoker has going for it.

GGPoker has run one of the biggest online tournament series in history with the $100 million guaranteed WSOP Super Circuit Series.

Having concluded last weekend , the WSOP Super Circuit Series featured a massive final weekend where $13 million was guaranteed for that weekend alone.

“GGPoker is the first and only poker room to guarantee at least $100,000,000 in cash prizes in a single tournament series – our WSOP Super Circuit Online Series is a game-changer in the world of poker!” said Jean-Christophe Antoine, Head of GGPoker said at the time that details were released.

However, GGPoker did not hold the distinction of the biggest online poker tournament series for long as PokerStars later bumped its total guarantee for its Spring Championship of Online Poker (SCOOP) to $135 million. In the end, SCOOP ended up paying out more than $185 million and the WSOP Super Circuit Series paid out nearly $135 million.

Due to its success, further partnerships with the WSOP may well happen, especially as the WSOP summer live stop in Las Vegas has been pushed back to the fall due to the coronavirus outbreak.

GGpoker is no slouch when it comes to big Sunday tournaments.

Launched earlier this year, GGMasters is the marquee Sunday Major on the network.

GGMasters has captured the attention of online poker players and has paid out more than $9 million despite only debuting in January.

And the tournament is continuing to grow. Last weekend the GGMasters generated its biggest prize pool so far, generating nearly $590,000 by pulling in 4262 unique players.

But GGPoker isn’t resting on its laurels as just this week it announced the addition of three more Sunday Majors under the name Multi MILLION$.

Multi MILLION$ tournaments are phased tournaments that feature Day 1 flights that run throughout the week and conclude with Day 2 on Sunday.

With all this to its credit, PokerStars better watch out as GGPoker has quickly climbed the rankings and continues to push forward.

The World Series of Poker has revealed the full live and online WSOP 2023 schedule. The 54th annual WSOP will return to…