PokerStars in the United States: The How, Where and When

Amaya thinks the Rational Group acquisition will “expedite entry” for the PokerStars and Full Tilt Brands into the US. But how likely is it, and how long will it take?

Amaya Gaming has made no secret as to what it expects from the $5 billion acquisition of the parent company of PokerStars and Full Tilt Poker.

“Amaya believes the transaction will expedite the entry of PokerStars and Full Tilt Poker into regulated markets in which Amaya already holds a footprint, particularly the U.S.A,” reads last week’s shock press release.

Many poker players were naturally excited over the possibility that these iconic online poker brands would soon be returning to the US.

But looking at the possible avenues Amaya may take to bring PokerStars and Full Tilt back into the US, it becomes clear that there will be no immediate wide-spread return as some players may hope. 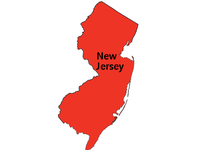 Most likely, the return of PokerStars into the US will take place in New Jersey.

New Jersey is one of only three states that currently have legalized online poker. Crucially—and uniquely—New Jersey law does not specifically bar companies, personnel or assets that were involved in offering wagers within the US prior to its law being enacted.

These so-called “bad actor” clauses enacted in some states, and proposed in others, bar entry of many companies and software platforms.

There are still suitability hurdles. PokerStars has previously tried and failed to obtained a license in the state when concerns over PokerStars’ founder Isai Scheinberg were raised.

“The Division’s determination is based primarily on the unresolved federal indictment against “We are also encouraged by this development and the expanded opportunities it might provide for New Jersey’s Internet gaming industry.” Isai Scheinberg for the alleged violation of federal gambling statutes,” read the NJ Division of Gaming Enforcement statement at the time.

But the DGE left the door open. PokerStars was given two years to correct these concerns—if “significantly changed circumstances are demonstrated”—and re-activate the licensing procedure.

As part of the Amaya purchase, Isai Scheinberg and son Mark will fully divest their interests in the company, and Mark will step down as CEO.

Soon after the acquisition announcement, the DGE issued a statement to pokerfuse indicating it was “encouraged” by the news.

“Regulatory integrity is always paramount to the Division and we will review all aspects of this acquisition to ensure compliance with our high regulatory standards,” David Rebuck, Director of the DGE, stated.

“We are also encouraged by this development and the expanded opportunities it might provide for New Jersey’s Internet gaming industry.”

It is possible that the Rational products could find their way into the Nevada market eventually, but it is unlikely to happen in the near future.

Nevada has a “Bad Actor” clause that prevents companies, individuals and assets associated with offering online wagers in the US after December 31, 2006 from obtaining an interactive gaming license for a period of five years after the enactment of the law (February 21, 2013).

Though the Nevada Gaming Commission has the authority to waive the suitability requirements outlined in the “Bad Actor” provision, to do so, it would need to determine that the assets involved were not used in violation of any federal or state law after the stated bright line.

The state of Delaware has a single online poker provider that supplies a shared network to the three casinos that serve the market.

Rational Group was among the online gaming providers that submitted a bid to provide online poker services to the Delaware state lottery.

However, the contract was awarded to Scientific Games and 888 Holdings—which means no PokerStars sightings are on the horizon in The First State.

Other states are considering regulating online gambling, but the prevalence of Bad Actor “A blatant attempt to provide certain interests with an unfair competitive advantage” clauses in online gaming bills such as those in California and Pennsylvania are presenting a rocky road for Rational Group.

Proponents of such clauses claim that they are necessary to uphold the integrity of the gaming industry—and that the inclusion of PokerStars would jeopardize the protection of consumers.

Many California tribes—that in previous years had differences of opinion regarding online poker—have united to oppose Rational Group’s participation in the market. The coalition has even released a draft version of its own bill in an attempt show lawmakers that they are ready to move forward with igaming, but only under the condition that PokerStars not be allowed to participate.

Rational and its allies believe such regulation merely stifles competition.

“It is nothing other than a blatant attempt to provide certain interests with an unfair competitive advantage by arbitrarily locking out trusted [internet poker] brands,” stated Robert Martin, Chairman of the Morongo Band of Mission Indians, which has entered into a partnership with Rational Group and three California card rooms.

The most recent supporter of PokerStars to come forward is Harvard Law Professor Laurence H. Tribe who believes the Bad Actor provisions to be unconstitutional.

The shaping of the US igaming landscape is far from determined. And though doors adorned with welcome signs for PokerStars are few and far between at this point, the sale of Rational Group to Amaya Gaming will serve to remove at least some barriers and could even provide the foot in the door needed to expand across the nation.