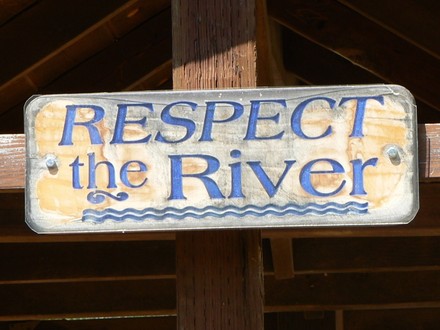 The issue with credit card fraud linked to Merge Gaming rooms is apparently wide-spread. There have been many more reports since pokerfuse covered the story last week—at one point there were five separate threads discussing “It is time that online poker sites recognized that not providing information about financial situations that adversely affect players is unacceptable.”the problem on the 2+2 poker forum.

The source of the issue has yet to be determined and though site reps are engaging players, Merge has yet to address the situation publicly. It was initially thought that the incidents were related to a rogue payment processor. However, reports now show that credit cards that were only used for verification purposes have also been compromised.

Credit card fraud happens: It will always be a part of online transactions and, if customers are informed, they can check statements and contest charges. But there has been no network-wide communicate informing players. Affiliate-backed online poker media will not cover negative stories like this. The representatives of poker skins have done well to engage concerned players on 2+2 but, unless you are a reader of the forum or of pokerfuse, you wouldn’t be aware of the issue.

It is time that online poker sites recognized that not providing information about financial situations that adversely affect players is unacceptable. Time and time again players see gaming companies and their managers fail to treat players’ financial concerns seriously, or communicate effectively. And regulators—who purportedly uphold regulations with player protection as a cornerstone—fail to act before, during or after situations which see players’ money disappear. In just the past few months we have seen some glaring examples.

In February, US players on Everleaf were suddenly banned without being given any means of withdrawing their money. They still can’t get their money even though at least one payment processor has offered their services to Everleaf. The level of communication with players was appalling and the options offered to players were completely unworkable.

US players were provided three options: Withdrawing funds to e-wallets Neteller or Moneybookers—neither of which serve US customers—or processing a withdrawal through a bank account outside the US.

The debacle at Purple Lounge is another example. Players waited in ignorance and uncertainty with virtually no meaningful communication from the company for over a month. After it became apparent that much of the players’ money would be lost, the regulator, Malta’s Lotteries and Gaming Authority, began washing its hands of all responsibility even though its own regulations demanded the segregation of player funds.

Meanwhile Purple Lounge’s parent company Media Corp has simply handed the problem over to a liquidator. Unbelievably, it expects to get a new gaming license for another gaming site Intabet in September.

Financial issues of this nature will always promote heated discussions on the poker forums, and so they should. Sites which take players’ money have a fiduciary responsibility that whether they know it or not is the basis of their ability to operate commercially. Sites which don’t take player concerns over these issues seriously, and show that lack of concern by not communicating accurate information in a timely fashion, will quickly be shunned by players.

In the current case of credit card fraud related to the Merge network, some site representatives have very creditably offered support and engaged in public and private communication with affected players. However, as the responsibility for this part of their business rests with Merge Gaming they don’t have the ability to investigate an issue that spans multiple skins on the network.

I applaud these sites for trying to do the right thing, but the reluctance of Merge Gaming to communicate directly to the community either in the forums or in response to emails is unacceptable.

Merge Gaming’s web site sets out the services that network skins can expect:

The Merge Gaming Network has an experienced team of Anti Fraud specialists who can help train or manage your anti fraud strategy.

The anti fraud team monitors and safe guards all your players’ online transactions using multiple levels of security checks, protecting you and your players from attempted fraud and collusion … all poker rooms are audited by our anti fraud department to ensure the safety of all network players, the networks integrity, and to protect your investment.”

It may be possible for individual skins to take precautionary steps to mitigate risks or consequences and to provide advice to their players to this effect, but it is Merge which needs to take control of this process, and Merge that needs to take responsibility for not just its resolution, but for communicating a sense of financial integrity and responsibility to the players.

As one of three major networks competing to offer online poker to US players, Merge Gaming is extremely vulnerable to players losing confidence and switching to Bovada or a Revolution Gaming skin. Merge CEO Anthony Taylor should have only one thing on his desk right now: a resolution to this threat to his business. Communicating that single minded interest to the players should be at the top of his agenda.

Horizon Poker Network Malta Gaming Authority Merge Gaming Network Two Plus Two
Jocelyn Wood, Editor Joss is a graduate in English from the University of Birmingham and has a Master’s Degree in Organisational Development from the University of Manchester. His career path has taken him from the British Army, through business & finance to seven years as a successful professional poker player. His experience of the European Union, law, accounting, finance, regulation and online poker provide the basis for his insights in the PRO specialist categories of Industry and Law & Regulation. As CEO he steered his own company through full Financial Services Authority regulation, and was asked by Morgan Stanley to take their UK mortgage business through the same process. Although British, he lives in Arequipa, Peru, set high in the mountains and surrounded by volcanoes. He is married to a Peruvian and has three children.
June 12, 2012
pokerfu.se/nn94

It only took one week of meeting its $400,000 guarantee for the organizers of the GGMasters to raise the guaranteed…

Online poker had its biggest weekend of the year with the biggest Sunday Majors all surpassing their guarantees. Nick…

GG Masters Tournament: What You Need to Know

PokerStars High Rollers Series is offering poker players the chance to win their share of $6 million. The online poker…

GG Masters Exceeds its New $400,000 Guarantee on the First Attempt