There were big fields is every jurisdiction, auguring well for upcoming COOP events.

PokerStars USA Championship Preseason series came to a close last week with very encouraging numbers in every state across its network.

The Main Events on PokerStars PA, PokerStars MI, and PokerStars NJ generated large fields for the operator and vastly exceeded their guarantees.

This provides a great shot in the arm for Stars as it gears up for the approaching COOP festivals.

But it wasn’t just the Main Events that proved successful. All three series eclipsed their overall total guarantees by wide margins.

Stars Rolling with the Punches

These numbers are incredibly encouraging for PokerStars, in what has been a challenging year—and they reflect an all-round general uptick in the operator’s fortunes during recent weeks.

In June, we reported that PokerStars had lost its top spot for cash game traffic in the dot-com market, for the first time since 2006. That title was of course taken by GGpoker, which has seen astronomical growth over the last few years.

PokerStars has also seen several new competitors across its US markets. Its 18-month monopoly in Pennsylvania is over now with BetMGM PA, Borgata PA, and WSOP PA all going live there in the last six months, and BetMGM also challenging the red spade brand in Michigan with BetMGM MI.

In addition to this, WSOP has been steadily raising its online poker profile throughout the year. After launching in PA in July, its poker room is promised to go live any day now in Michigan—and its Online Bracelet Series plus the proposed return of the live WSOP festival have been dominating headlines for weeks.

However, PokerStars has come out swinging, and is making concerted efforts to turn its recent fortunes around. The most obvious example of this has been the massive shake-up of its rewards program.

The revamped system has been trialed to great fanfare, offering players cashback of up to 65%. While it is very early days—and the program is not yet available to all players—the program rollout has coincided with a demonstrable upswing for PokerStars’ global traffic. 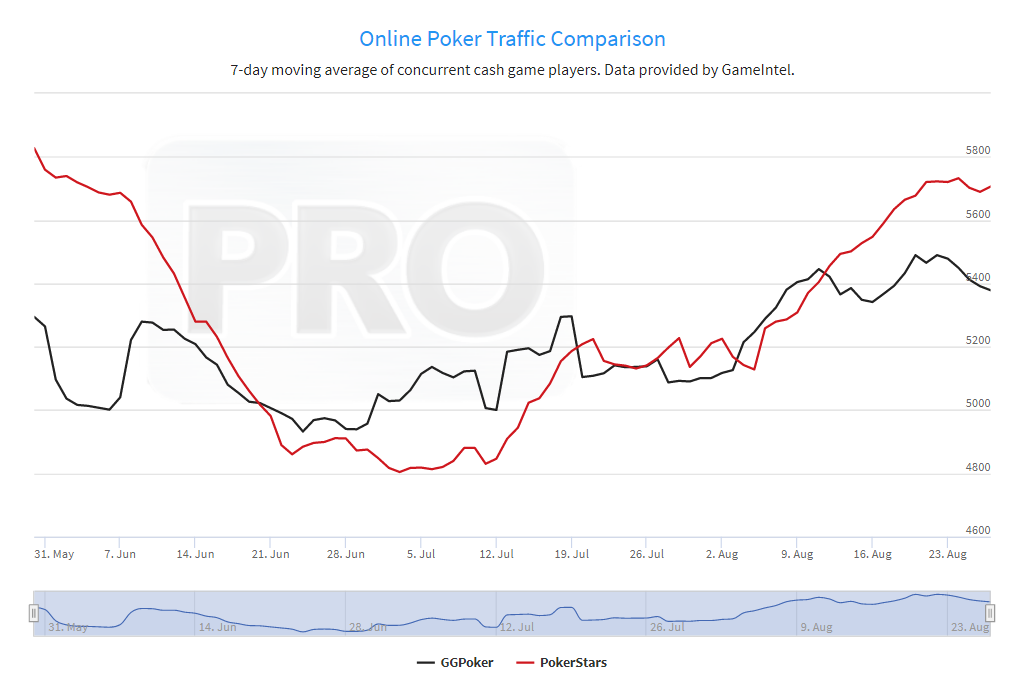 Whether this rolls out to the USA markets likely depends on the results of this trial. If deemed successful, it will likely next roll out to all international players, but the operator will presumably consider the new system in its other markets, including the United States.

The operator will be looking to consolidate its position by hosting successful COOP series across its USA network. Dates for these series are yet to be released but last year’s equivalents took place through September and October. Further details will be published here as soon as we have them.

Bounty fans are about to get a real treat from PokerStars USA. Starting May 13, Pennsylvania, New Jersey, and Michigan…

PokerStars US SCOOP 2022: Everything You Need to Know